At least someone on /mlp/ remembered that old thread when the news broke last week, and even had a pic saved from it: https://boards.4channel.org/mlp/thread/37046413/i-havent-had-anything-to-do-with-my-little-pony#p37048894

I didn't want it to be true, but it is. The ride truly never ends. 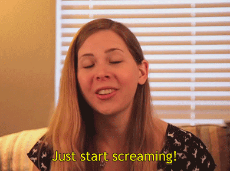 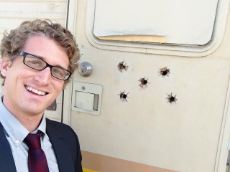 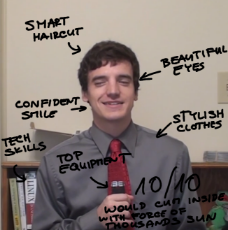 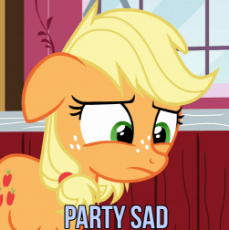 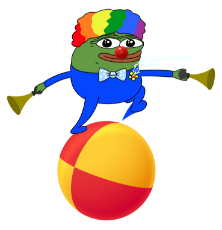 >>309664
It's kind of what happens when something like Friendship is Magic got so big. Because it's kind of a "bandwagon," it attracts a lot of people to it, many of whom could be degenerates. And with something like ponies, which is dangerously close to some other fandoms filled with horrible content or people, there's a little bit of an overlap. The amount of "bronies" I've seen come out as transgender is what's really alarming. Funny how the same show can birth so many faggots, but also ultra nationalistic people.
Anonymous
Fri, 02 Jul 2021 22:29:45 GMT
ceab52f
?
No.311795
>>309664
Why?
Anonymous
Sat, 03 Jul 2021 06:40:28 GMT
3068f0b
?
No.311832
311834
>>311652
I personally know two situations where a person went tranny where the person isn't a a fan of FiM. Both those situations involved being a big anime fan and going to college. I think it more has to do with being an outcast who's susceptible to wanting to be accepted and so will get groomed into that choice rather than specifically being into ponies.
In the case of Eurotroon, probably came from some online influence/coomunities/chats he was in.
Anonymous
Sat, 03 Jul 2021 06:51:32 GMT
8b1576d
?
No.311834
>>311832
Being groomed is more common. So /x/ is also having that problem, where they poach anyone who joins a discord and they also prey on the mentally unwell or for the reasons you've stated.
Then they keep them there through fear tactics and blackmail of what they've done.
Anonymous
Sat, 03 Jul 2021 07:06:22 GMT
8b1576d
?
No.311838
Partly because they find the corruption and degradation of relatively more well adjusted people than they are sink lower than themselves. Also in a sexually charged way as well.
That is their method of morbid movement.

But seriously, the poaching of people when tbey are most vulnerable is writen into them. Through their mentality and sometimes genetics.
And it's infectious mental state.
The negative traits generally associated with awful people have tons of overlap. It's crazy that to be there as a preventative measure triggers their response to destroy you or the safe haven.
Think of them as cuckoo birds or animals.
That's their means of actually reproducing. It also bares resemblance of the cat parasite that infects mice to make them offer themselves up to cats. It also infects people.
Strangely or perhaps not so, the issue runs deeper as studies have been done that show how 'successful' those people infected turn out before and after.
So many physical changes can slip one into that path.
So many mental changes can also slip one into that path.
It's a warzone for who you are, and your friends and family and that stranger over there.
And that's not even the end of the rabbit hole.
Anonymous
Sat, 03 Jul 2021 07:24:02 GMT
8b1576d
?
No.311840
311841 311848
File (hide): 87DDD8401586913DC7878A41D3551A76-65507.jpg (64.0 KB, 650x650, XkP7MKVaej.jpg)
[Bing] [wait] [Tineye] [Yandex] 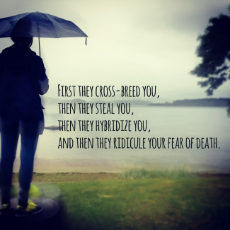 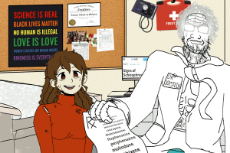 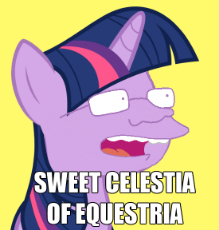 So the paranormal side of things, shit is fucked there too (as in another type of vector source). And AND! the problem compounds further still.
Because there is intelligences behind it as well! As well as just happen stance.
There is different 'flavors' of the infected each with their role. But they all work toward the same goal knowingly or not. To ingest more people.
So yes it is a zombie horror show, they just happen to also run large institutions and businesses at the top.
The thing is the variations has two modes, idle and TRIGGERED.
What they do when TRIGGERED depends on the species and mental parasite and the other influence.

>>311840
Discord is definitely a gateway to troon city for a lot of people. Even if it's online, the groomers can get people isolated there and feed degenerate slop to victims without interference.
Sadly, from what I've seen, many times the pull of school, online grooming groups, and the general cultural zeitgeist have made it hard for friends or family to pull people who have fallen victim to tranny propaganda away from it. And there are efforts to censor or discount even online recollections from former trannies who change their mind who might be able to pull your so called "zombies" out of the stupor.
That combo is why even if people in the real world are shocked when a family member or friend goes tranny, it's because they don't realize how exposed some of these people are to propaganda bullshit in online groups, or in public school or college.
A healthy body and mind is good, but you need external encouragement to keep those things up. The less you have and the worse your starting point, the worse off you'll be and the more susceptible you are to falling prey to the proud groomers out there.
Anonymous
Sat, 03 Jul 2021 07:58:30 GMT
8b1576d
?
No.311842
311846
File (hide): 1975CF7C105CF2AFB0CD717F2CB46616-4226978.gif (4.0 MB, 800x450, 2004771__safe_twilight+sparkle_rarity_king+sombra_female_pony_mare_unicorn_alicorn_screencap_twilight+sparkle+(alicorn)_animated_magic_sparkles_m.gif)
[Bing] [wait] [Tineye] [Yandex]

The thing is the infected ALSO eat their own in a sick cannibal ritual to further a better parasite at the coat of their lives and the victims.
So various media does hit the topic on the head.
The process leads to soul degradation more specifically the turning of the connections toward furthing the infection in all vectors including toward the soul.
>So what about a soul, pfft
Sure whatever, but there is still two other vectors that they demand you sacrifice to them. Mind and Body.
School system is universally considered fucking shit and in a manner of speaking a hazing ritual.
The body has all the bullshit going on in today's world. Not to mention having to be able to work in fucking bizarre environments.
The mind is also facing the same problems. Disconnected to the past and helpful resources combating anything of this level is going to be rough.
The body brain mental state is getiing reamed all the time by demands and various crap.
The social positioning is getting fucked over all the time as well. The family system is borked, the friend system is barely hanging on.
Like gor fucks sake it jist seems to all be going, but it's been doing the slow drain for THOUSANDS OF YEARS. Complacency and ill directed focus just fuck it all up even more.

Okay so good news, technically all of this is considered irreversible. The reason why that's good is because they have a great big weakness. They can't cover it at all ever.
Love, and the elements of friendship.
Okay so actionable bits mean that direct infusion changes them, not alot but enough for self destruction. Hopefully full recovery, but this is mostly proposition. Better news is this also helps in deference and internal attack.
Like very seriously an overwrite of mental meta structures through love and friendship work really well.
Being in various love and true friendships also work.
The soul with these properties also goes even further for yourself and others.
The one problem is that it's a vulnerable position.
The solution is More Love and More Friendship. Granted wisdom is needed to make the most of it, but quantity is its own quality as well.
So in actuality being loving and friens does bring one to a grander scale than the infected could ever conceive of. Taking the point to the furthest logical conclusion, and keeping in mind your current everything there is bonds that lasts forever and ever. That covers all bases.
>>311841
Yes.
One could technically go solo for a very long time with the right tools, but in the seemingly overwhelming situation that's not the best choice alone.
Further still every facet is attempting to be blocked by them. Knowingly or not.
The infectious material is itself semi-sentient. That too must be factored in.
Anonymous
Sat, 03 Jul 2021 08:50:52 GMT
3068f0b
?
No.311846
311858
File (hide): 48E0537438F7FE742276301258210CB8-516498.png (504.4 KB, 1024x1024, 2431606__safe_artist-colon-thegreatrouge_derpibooru+import_fluttershy_pegasus_pony_eyelashes_female_gun_hat_holding_image_mare_military_png_scared_sign.png)
[Bing] [wait] [Tineye] [Yandex] 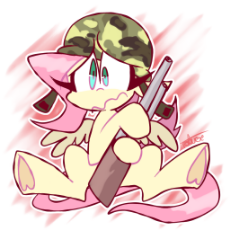 >>311842
>the infectious material is itself semi-sentient
That ironically gives life to the rest of what you said.
You don't have to take going solo in the literal sense, truth is that when a person wanders into a lion's den of sycophants shouting the same propaganda and trying to trap you, it is the same as being solo whether you recognize it or not.
The only combat against that is having a voice shouting in your other ear that what they are saying is false.
But considering how the propaganda can live a life of its own, it doesn't require active parties involved. You don't need a person to be a pushing force when images or ideas can live on to infect others. And the pumping of bullshit online can easily infect those who can't see any alternative messages to lead them from deciding to lop off their extremities, whether figuratively or literally.
An echo chamber isn't only being stuck in a room, virtual or real, with voices saying the same tripe, it can be only seeing the infectious material over and over again itself without any human interaction.
It makes one wonder if how much there is a difference between someone converted into trannyhood between those in public school or from being entrapped online. Is one easier to decondition? Or is rather irrelevant in the end? I can only assume Eurobeat is an online case, but who knows what the guy was exposed to in the real world as well that led him down the path he took.
Anonymous
Sat, 03 Jul 2021 09:00:19 GMT
b94dc95
?
No.311848
311858
>>311840
>So the paranormal side of things, shit is fucked there too
What did you mean by this?
Anonymous
Sat, 03 Jul 2021 14:44:50 GMT
8b1576d
?
No.311858
312102
File (hide): 8B793522D00696A1A6BCE7B013B4D568-22830.jpg (22.3 KB, 376x165, 2b2467f10057bb74b8b1a56d729ccc0b12a2b6d1130c4e8e20514ce4fbeff7ef_1.jpg)
[Bing] [wait] [Tineye] [Yandex] 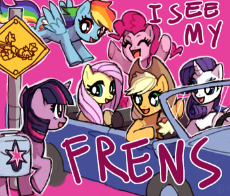 >>311848
Basically spooky action at a distance.
(((Assholes))) using their shit to bring about the individual steps of the plan. (Not to mention all the other fucking bullshit they do.)
There is also beings not of this world and beings of this world that would like to see the infection spread. There is a plethora of reasons why.

What also has to be considered is that there are those that oppose that crap in every field. No matter the physicality.
>>311846
Human beings are social beings so that's true. However the infectious martial can be subsumed through the use of Love, expansion of consciousness, friendship, and being wise about how you work.
I'm not saying everyone should go into an isolating perspective or situation that's the wrong take away. More that to delve in there is wading through deadly toxic sludge. There is a means to prevent being over come and steps to toss a lifeline to someone.
Someone really shouldn't if they can help it, but it's an option that has a means of cleaning yourself and instructions for others.
Okay this is corny but only what you accept or your subconsious accepts or your soul accepts is actually alowed in. The infectious martial overstays and some parts don't have the love to either shove it out, break it down to the fundamental mental stuffs, or to put it in an imaginary testing facility for a limited amount of time. 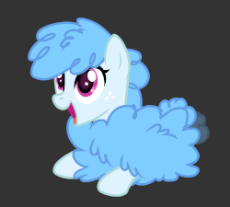 >>309664
transtrenders, the latest fad for weak minded sheeple to jump on, or camouflage for perverts attempting to sneak into ladies bathrooms and gym showers?