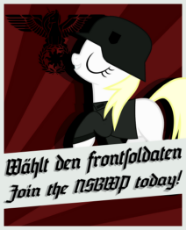 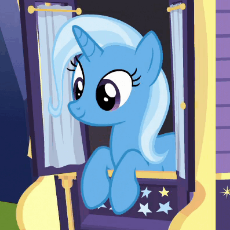 Back in the early days of animation and film you didn't have much to study as we didn't have such a sharing of materials as we did now. 1900's-1920's the form was still new, and experimental. 1930's to 1940's you had world tension and world war that prevented east and west sharing ideas. 1930's to 1991 the Soviet Union locked a lot of its animation behind the iron curtain. So it was a slow trickle. By the 1980's though Japan really opened up and as the USSR was colapsing you saw more and more getting passed around. Today everyone is sharing in animation and we see more than ever that influencing diffrent shows and formulas for shows. The sad thing though, is that there are not nearly as many animators today as there were during the golden age or renaisance. Saturday morning cartoons is a thing of the past, and 3d is taking over 2d. So everything is getting to this whole generic look and even feel in the stories which it makes it all so predictable and tropey. And if you say CGI, I will have to kill you as Flash Animation IS Computer Generated Graphics.

I just remember this pizza face geek with a suit and tie lifting his fedora saying "My Lady" and thought it was some dork thinking the only way to pick up a lady was to be a gentleman or some shit. But Atheism? I didn't know that. 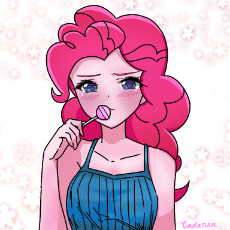 >>308105
I've never quite understood the weeb phenomenon. There are some Jap series that I liked but was more content to stick with Western artwork as a whole. That being said the general art style is appealing when properly appropriated, as in much so.
Anonymous
Sun, 09 May 2021 20:36:12 GMT
No.308114
308115
>>308113
I never understood it myself. I know my own sister was far more into everything Japan that ever I were, especially on the Anime, Manga front. I never quite cared for it, it wasn't till she move the fuck out of the house, that I started to explore anime(Eastern Animation) a bit more then got pissed off because everything seemed repeitive and tropy. Though there are those that tries to surround themselves with it on levels of a serious mental disorder. The true weebs.

But I suppose that is as OP was saying, Animefags (weebo), Furfags, tranny/sjw, all of that shit, all of it, one may say "Who gives a shit about what another person likes" and I would agree except that these people make it there lives with every breath to try and make it YOUR life and really, who wants all that shit.

I might be a Christian but I still hate them bible thumping door to door religious salesmen. Because I have my religion, I don't need someone elses or someone else to tell me how to worship. In context, why would anyone of any fandom wish someone else to tell them How they should like or be fans of the things they enjoy?

>>308114
>But Tranny has everything to do with politics and mental disorders and nothing to do with Art.
Agreed, their lives seem to be on the level of propaganda personified, the poor bastards. Though, if done right androgyny can have the potential to be a statement itself. It's been a long time since I've listened to Bowie but Blackstar was really good IIRC, the guy was a bit of a loon but he must have known about something within the realm of creativity. The hormones people are getting pumped with nowadays is pretty sickening, though.

I will say the fandom's looking fine from where I'm standing. Because I'm on /mlpol/, I'm rather ignorant of the furfaggotry. Long as they don't come around I suppose we can get along well enough separately.
Anonymous
Mon, 10 May 2021 02:41:04 GMT
No.308141
308143
>>308115
>androgyny
Isn't that the state of not being able to identify a person by any traits related to sex? People do that shit all the time over the internet, why else there is that rule of the internet to assume all females to actually being male.

Though in real, face to face, where people are trying more and more to become hidden or unknown of their real sex, we tend to call them "Traps". And then you get the trans assholes that do that whole "Did you assume my gender?!" bullshit.

and then you get the assholes that trys to make language androgynist by calling a mailman a "mailperson". Yes my friend, it is quite a statement as it promotes the whole Equality marxist propaganda messages. These people's ideas have no place in the Pony fandom, nor anywhere near art. It is degeneracy incarnate and is only meant to erase anything good.
Anonymous
Mon, 10 May 2021 03:00:00 GMT
No.308143
308148 308158
>>308141
>Isn't that the state of not being able to identify a person by any traits related to sex?
It appears to have little to do, in itself, with perception of a person's sex and more with a combination of feminine and masculine characteristics. From Merriam Webster,
>Definition of androgyny
>: the quality or state of being neither specifically feminine or masculine : the combination of feminine and masculine characteristics : the quality or state of being androgynous
Anonymous
Mon, 10 May 2021 03:16:24 GMT
No.308148
308153 308160
>>308143
It's weird when lefties go out of their way to try and look as androgynous as possible. It's like they know they wouldn't look great wearing something normal, so they choose to wear something eye-catching and act weird for attention. If they act stupid and people don't like the """queer""" personality they put on, they can tell themselves it's an act they could stop at any time and therefore no criticism of them is valid.
Anonymous
Mon, 10 May 2021 03:22:02 GMT
No.308149
308153
>>308115
>Agreed, their lives seem to be on the level of propaganda personified, the poor bastards.
I actually encountered this myself.
https://www.youtube.com/watch?v=AGqrjJRstgM
This is one of my fav anime shows. It's all about two characters' friendship. I wouldn't say that it's a perfect show but it does an appeal to me.
The girl in the vid is just wrong. I'm not being biased here. In the whole first season, which is as far as I have seen, there isn't a single gay moment between the pair. Even moments where, if they were attracted to each other you think they would blush or something, nothing of the sort happens (Yukho is in her revealing battleform in front of Momo for example).
Gays always have to make things about them. The only thing she could point to was that the two girls touched eachothers hairs. What two girls, who are friends, touch each others' hairs? Well, clearly they are massive faggots! 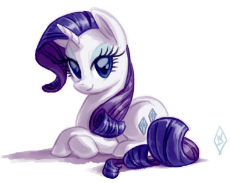 >>308148
>It's weird when lefties go out of their way to try and look as androgynous as possible.
Most likely it's got a lot to do with their claims of quote, "abolishing and/or deconstructing gender," which I think was a concept that the left came up with in the first place, gender that is. Before that it was largely just man and woman. 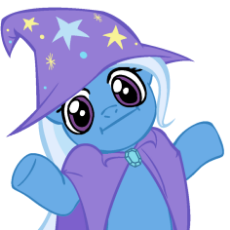 >>308158
Suit yourself.
Anonymous
Mon, 10 May 2021 19:43:14 GMT
No.308221
308239
>>308153
John Money was the guy that invented the modern term gender after he had mutilated one boy from a set of twins and told him he was a girl since his birth, he made the two children pose while he took pictures, eventually they committed suicide from the stress and mental abuse that they had experienced at his hand.
Anonymous
Mon, 10 May 2021 22:30:15 GMT
No.308239
>>308221
Never forget
https://www.youtube.com/watch?v=6kjAiVAzJ_Q&t=1s
Anonymous
Mon, 10 May 2021 22:45:25 GMT
No.308240
>>308158
No, Futa isn't related to androgyny. "Futanari" is japanese for "dual-form" and is used to refer to hermaphroditism, of the romanticized sexualized variety.
Futa/Futanari is a pornography fetish for when females (typically attractive and very feminine females, or whatever's attractive to the artist - there are masculine and morbidly obese futa women too) also have penises.
Sometimes it's so the women can fuck other women without making it as gay as lesbian sex feels. Because when you want to draw Twilight shagging Rarity but you don't want it to make it gay, you can just add a penis to make them engage in straight sex, reducing its overall gay score. Plus it'd look nicer than if one used a rubber strap-on that couldn't nut or let the user feel anything.
Some stories make futa women stronger than males, or hornier than males, or both. Some make them into some kind of overpowered super-species superior to mankind on par with the most bullshit of elves to make their trashy smutty femdom rape fetish porn seem less implausible.
Sometimes futa is used to explain how a seemingly-all-female fantasy/alien race can reproduce on its own, yet is still capable of playing the role of females with men.
Sometimes it's there for gay men in denial about wanting dicks up the ass/wanting to wank the dicks of others, sometimes it's there for bisexual men who love both, sometimes it's there because roleplaying a female/writing from the perspective of a female seems less weird to some men if she's got a dick and wants women just like them.
SJWs like to shoehorn them in here and there because bullshit neo-pronouns like "Hir" and "Xhe" seem a little less absurd coming from biologically impossible beings. It's easy to chalk this up to an alien culture's absurdity and ignore it, when it would ALMOST make sense for a dickgirl to dislike being referred to as male or female and demand everyone address her exactly how she wants. Funny how SJWs don't care if the only people "accepting" their nonsense are fetishists who are happy to see more futas no matter how they're written.
Some say "Futa is a gay jewish psyop to normalize homosexuality!" but futa communities tend to be full of mostly-straight men who just want to see what's basically lesbian porn with an extra dick or two.
Anonymous
Sun, 27 Jun 2021 00:53:36 GMT
No.311374
311378
Notice how not one single anime depicts an aryan civilization, it always shows aryans as the minorities in society. seems quite pozzed to me
Anonymous
Sun, 27 Jun 2021 02:21:01 GMT
No.311378
>>311374
Most anime take place in Japan.
The Amestrians in FMA Brotherhood looked pretty Aryan though.
[View All] [Last 50 Posts] [Last 200 Posts]
25 replies |  6 files |  10 UUIDs |  Page 7
[Go to top] [Return] [Catalog] [Reload] [Archive] [Update] ( Auto)