Anonymous
Wed, 20 May 2020 22:42:18 GMT
0b9d66b
?
No.269208
269209 269216
I watch alternate history hub every now and then.
Anonymous
Wed, 20 May 2020 22:51:19 GMT
5b4a3ed
?
No.269209
269211
>>269208
I like that channel.
So far it's the only good source of alt-history content I've ever seen.
It's annoying how many Alternate History fans are liberals who make "What if Liberalism won and Conservatives fucking died?" AUs.
The question "What if England and France supported the Southern Confeds during America's civil war" can be answered a few ways.
But
>a battle happens in Gettysburg where nobody wins and millions die, pissing off France and England. England kicks its PM out and France kicks Napoleon out
>so FUCKING IMMEDIATELY france and england become non-factors
>Linkin turns everyone to his side by making a speech about foreign crowns being bad and muh evil south wanting to put us all in le chains
>South loses because America just fights soooo hard for muh slave freedoms
>Linkin miraculously survives his assassination because his wife saw the killer coming and screamed
>Southern Whites are oppressed and black republicans make up the new government
>this is supposed to be a happy end
only a nigger would consider this a happy end.
I think it's gotten to the point where an AI could sort good Alt-Histories from bad ones by seeing if it does, or does not, mention the perpetual punishment of a white group the author hates and blames for history not going his way.
Anonymous
Wed, 20 May 2020 23:39:03 GMT
be19429
?
No.269211
269212
>>269209
>I like that channel.
Thanks for let me know what OP was talking about.
No TV here for 19 years already.
Anonymous
Wed, 20 May 2020 23:46:51 GMT
5b4a3ed
?
No.269212
269213
>>269211
It's a youtube channel. Their video on China was interesting, fuck China
no TV here for five years
Anonymous
Wed, 20 May 2020 23:52:39 GMT
be19429
?
No.269213
269214
>>269212
>AlternateHistoryHub
I found it.
Anonymous
Wed, 20 May 2020 23:54:49 GMT
5b4a3ed
?
No.269214
>>269213
Yep! Here you go!
https://www.youtube.com/channel/UClfEht64_NrzHf8Y0slKEjw
Anonymous
Thu, 21 May 2020 00:25:19 GMT
4ba47f7
?
No.269216
269231
>>269208
Alternative History Hub is one of the few based/semi-based history channels out there. I've seen comments of his on videos by Internet Historian and Ssethtzeentach so I know he's not a humorless faggot.
Victoria 2 has a couple of interesting alternative history mods to change up the game. One is "Divergences of Darkness" where England won the Hundred Years' War and another is "Heirs to Acquitania" which makes the geography look even more like medieval Europe. The Youtuber Spudgun has made multiplayer series involving both and he's not a lefty faggot so you might find entertainment there.
Anonymous
Thu, 21 May 2020 03:52:10 GMT
5b4a3ed
?
No.269231
269254 269275
>>269216
Nice.
I consider getting those Paradox games but I already have Stellaris and it's shite.
One meaningful decision is made every few minutes of gameplay and the decision is always "Do I do the obvious best thing I can do in this scenario or roleplay a gimmicky idiot race that makes obviously bad decisions?".
Everything is numbers and war is numbers and battles are won by the best fleet produced by the richest nation with the most minerals/energy mined from the most plentiful claimed galaxies.
The random tech tree system gets in the way of roleplaying too.
And the Anomalies are too random.
I've only played unmodded games to completion, so maybe it's only fun when you have the right collection of mods installed.
Maybe I'm playing wrong, but I've got fifty hours in this game and no idea how to have fun in Stellaris.
Anonymous
Thu, 21 May 2020 05:48:40 GMT
a0bbfe0
?
No.269254
File (hide): 15C525CF02F14784B269FE64737A9D14-254467.png (248.5 KB, 969x384, 34de49e4dfd12b2075665493dbaade49.png)

>>269207
I frequently think about how things would have gone if Rome had never fallen, but with any such what if scenario, it's impossible to account for a chain of events that large.

Alt history can be fun for games and wild speculation but if you take it seriously you are a faggot. Most often if you remove the power of hindsight a lot of historical "mistakes" are generally sound decisions. I'm not a no fun allowed faggot but people who think they are geniuses for cooking up alt history scenarios are retarded.

Most common alt history theme I see is "X nation" (usually commies or nazis) invade America. Its almost never done in a plausible way because its something that was almost impossible for either of those powers to pull off without some serious reality bending or chance occurrences. Like any time some boomer says "if we hadn't of defeated the Nazis we'd be speaking german" is the most absolute bullshit statement I've ever heard in my life.
Anonymous
Thu, 21 May 2020 08:32:51 GMT
e32424e
?
No.269274
269275
Dawkins was not apossed to teachers fondling him at school. He had some good ideas but then worked too much with brain-rape house and stumbled in his thinking. Basically a glow-stick establisment patsy since the 80`s. Even his inventiion of meme has shown have psyop he really is.
Anonymous
Thu, 21 May 2020 09:47:18 GMT
742e62e
?
No.269275
269276
>>269231
Vicky 2 really is the best if you're an autist plus it's really cheap. HOI4 is fun for the memes and mods but it's just action over a few years. Vicky 2 has a campaign spanning a hundred years so your actions matter but you also won't get bored midway in like with EU4. I agree that Stellaris is trash and there are a lot better space strategy games out there.
Pardon the shilling but you can watch this short series to see if you'll like Victoria 2 or not: https://www.youtube.com/watch?v=F2jZuwIgh3w

>>269271
I agree, plus most history ledditors believe that Hitler was either an idiot or a madman because that's what they were told, even though his mistakes were rational. I do despise the popularity of Man in the High Castle alternative "history" because it reinforces the perception of WW2 as "the good war." It's almost as bad as that one novel where the Israelites failed to cross the Red Sea and for some reason the Roman Empire never died.
Alternative history that I like constitutes small modifications (that is to say, fewer assumptions) and looking into whether or not it would actually have made a difference, like if the SAS raid on Norwegian heavy water had failed. I do believe that if Germany had the singular American technology of proximity fuses it could have turned the tide of war, as Allied bomber losses would become so heavy strategic bombing may have ceased altogether. Germany had developed the first SAMs but they were a waste of resources without proximity fuses (timed fuses were used which relied on thousands of shells to take down one plane; the loader had to wind each flak shell to detonate at a specific time/altitude).

>>269274
It's one of those cases where I'm glad that a scholar isn't widely associated with a term. People mostly associate memes with modern humor, not with a British atheist.
Anonymous
Thu, 21 May 2020 10:08:15 GMT
09f0d26
?
No.269276
269279
>>269275
>I do believe that if Germany had the singular American technology of proximity fuses it could have turned the tide of war, as Allied bomber losses would become so heavy strategic bombing may have ceased altogether. Germany had developed the first SAMs but they were a waste of resources without proximity fuses (timed fuses were used which relied on thousands of shells to take down one plane; the loader had to wind each flak shell to detonate at a specific time/altitude).
>thinking one piece of tech will change the entire course of a war
Your sentiment is in the right place but come on now.

Example:
>T-34 has sloped armor the Wehrmacht will get btfo by it!
Despite the "inferior" armor on German tanks they had their best gains in the 41-2 period when they had less tanks that could penetrate the T-34. 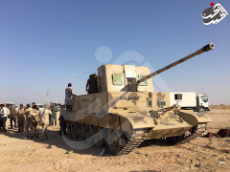