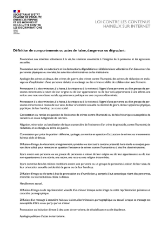 This law makes it ILLEGAL to criticize minorities. Here is a 'circulaire' from the government that officialize what "hatespeech" is.
Criticism against government or organizations is now illegal.

Every social network have to remove posts and deliver identity of the users or get a 1.4m fine.

every poster infriging this can be arrested. 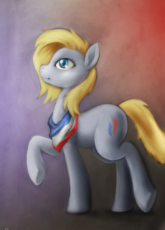 >>268949
This law has been especially created to prevent this, by categorizing even criticism of the laws or political parties as hatespeech. One gotta clearly understand french to read this.

Apology for the above crimes, war crimes, crimes against humanity, crimes of enslavement or exploitation of a person enslaved or crimes and offenses of collaboration with the enemy. (what enemy? Which enemy? We are not in a war!)

Provocation of discrimination, hatred, criticism or violence against a person or a group of minority people on the grounds of their origin or their ethnicity or non-ethnicity , a nation, a race, a social class, political affiliation or a determined belief. (Yep. beliefs are protected, you can be your alicorn otherkin, attack helicopter, or claim the earth is flat. going agaisnt a belief or religion is really to please the arabs)

Provocation of discrimination, hatred, criticism or violence against a minority person or group on the basis of their sex, sexual orientation or gender identity, appearance physical, mental, disability or social status. (technically makes people who identify as a MAP or pedo will be protected.)

Outrageous negation, minimization or trivialization of the existence of a crime of genocide, against humanity, reduction, slavery, or war crime. (this means comparing the death oif the communist regimes versus the death of nazism are now illegal.)

Contestation by taking a defensive position, apology, or questioning the accusation of crimes or hate movement cited above. (Not sure what they mean here)

Dissemination of image, document, recording, or any other content presented outside of study or analysis, which can be used to question the existence of crimes against humanity or for discriminatory purposes. (This means sharing WW2 photos or documents that proves any evidence that something did not happen is illegal. Just like the IQ world map.)

Insulting a person or a group of people on the grounds of their origin or their membership or non-membership of a specific ethnicity, nation, race or religion. (even christians?)

Insult committed under the same conditions against a person or a group of people because of their sex, sexual orientation or gender identity or disability. (you fucking mongs. you made it!)

Diffusion of image or text for the purpose of provocation or humiliation, including for sarcastic purpose aimed at persons, minorities or the institutions mentioned above. (so two blacks can no longer use the word «nigger» if I get that.)

Direct provocation to acts of terrorism, disobedience or dissent. (Basically the end of using the#yellowvest hashtag, assimilating disobeidence and terrorisme is a huge step on dictatorship.)

Challenging or questioning the legitimacy of elected officials or state authorities. (the fuck)

Public apology for acts of terrorism. (All arabs does make fun of the 9/11 and the Charlie Hebdo shootings still today, this is really another «so brave» move.)

Earlier, a similar law, the Anti-Fake NEws put press censorship and information control into the hands of the four main press organizatons, all governmenent-subsizided, like France Television, or helped Macron getting elected : Banks and people overlined in red. They are also the #1 fortunes of France. All of these macron friendly now acts as an authority over information in France and can get your post or article slammed wiht a "fake news" even if the info have been verified and fact checked independently.

since it was not enough they passed the similar thing a few days ago under the pretext of fighting against hatespeech. And this is the carbon copy of a similar german law, the «Netzwerkdurchsetzungsgesetz.» equally designed to censor "hatespeech" but also opposition to the EU and Merkel's policies.

It sounds to me with this law grants unlimited judicial action whenever they wish. On who ever they want. Without actually needing any proof, and nobody can defend them, or they will get those people as well.
Now it depends on how they play their hand, because this law gives the government free reign to do whatever they want or else.

>>269051
This law, in complement of the "fake news" law that outlaws non-approved media, is just another nail in the coffin, the only goal there is to muzzle the opposition.

And yes, everything that is being tested in China, like the software with CCTV that databases people's motion, and even the government, in the pretext of fighting the COVID19, want every smartphone to get a tracker software so they can know where you go or how you move "for your safety of course".

That's the new motto for them, under Hollande after Charlie Hebdo and the Bataclan, they put up a bunch of laws CENSORING THE RIGHT, now under Macron it's for healthcare they are using as an excuse to push more control.

>>269070
It will make things more difficult but French must know what is going on, if we can no longer communicate it will be harder.
Social Nets, like Facebook, Twitter and Google are all contributing and will do everything to help the LREM party/the EU to stay in power.

It is important to know that internet corps are your enemy.
Google, among others is not a service or a search engine but an influential machine, their goal is now to shape the minds : Bullshit tolerance, antiracism, anti-white, and pedo-inclusive, tranny agenda.