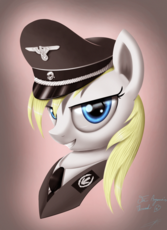 Reported imageboards
Anonymous
Thu, 30 Apr 2020 09:17:26 GMT
bafde5e
?
No.267148
267218 267220
[Last 50 Posts] [Last 100 Posts] [Last 200 Posts]
I would like to warn everyone about the recent problems that other imageboards have recently faced. Some faggot named "Esther M Aronowitz" was reporting 9chan, smuglo and fatchan (the last one was pulled down by the owner).
Does anyone have more intel about him? I didn't find anything besides his email. His (most likely fake) name sounds jewish, though

Anonymous
Fri, 01 May 2020 01:47:21 GMT
4ddfc85
?
No.267218
267265
>>267148
Looking up his name garners results only pertaining to 9Chan and FatChan (as well as this thread, believe it or not). So chances are, yeah, he's using an alias.
I think the best thing we can do at this point is to not mention the site to anyone outside of people who already know about it. The more word spreads, the more likely it is we end up on this faggot's hit list. Given how niche of a group we are, we're probably safer than most. Even so, if this Chosen Crusader does decide to start emailing people about us, we should probably have a contingency plan in place if possible. 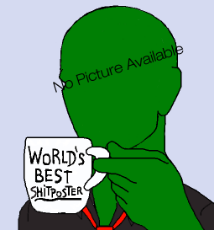 This is your guy. This filename "handle" is all that's known as far as identity. He's suspected to also be the faggot known as "Dolphin".
Be very careful if you decide to look into this situation at all, this guy has a stranglehold on most of the altchan scene currently. He's suspected to have gained a global position on 9chan under one of many alternate identities after the various takedown attempts he pulled.

He's the former owner of many lynxchan sites (including Omnichan/8channel/Edenchan, currently suspected to own 10chan) and has been the "secret" root admin of others(including Yumechan/Coronachan/Madochan/64chan), always under some alt identity, and his presence is only known when he inevitably, eventually attempts to snatch control of said sites from their owner(s) from the root position. He'll kill any he can't control through various methods including ddos/CP & "legal" child image dumping while flooding the site's host/registrar with bs reports (similar to 9chan & the mass "white supremacist" botspam flooding he did)/and mass samefag concern trolling. He'll set up temporary bullshit sites as alternatives for those unhappy with his moderation on others he controls, then shut them down, repeatedly, to get anons to just accept his "preferred" site without complaint.