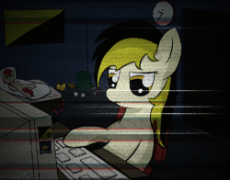 I have been meaning to donate to this website for some time now and came to conclusion that bitcoin offers best privacy while doing so.

I have been reading up on it and was wondering if anyone here uses bitcoin and which wallet are you using?

I am liking the idea of having offline cold storage on my olderlaptop for more security so I am considering getting "Armory" wallet.

So 10 euros would get me 0.00355967 bitcoins when trading with user carlocosta here: https://localbitcoins.com/ad/306395/purchase-bitcoin-sepa-eu-bank-transfer-portugal?amount=10

>>93
Okay, so I haven't tried installing a wallet or buying BTC yet but following is what I learned...

Bytcoin is a cryptocurrency that doesn't actually exist. Nevertheless it still works, much like how many countries don't cover their paper money with gold but it still works. Its the trust in the value of currency that makes it usable.

First you need to get yourself a bitcoin wallet. Wallet can be stored on your mobile devices or computer in form of software, on your website account or on physical carrier hardware akin to USB flash keys.

Using wallet in form of software on mobile device or pc is most commonly used, as I understand it. Gives nice balance between security, privacy and ease of use.

Next would be physical bitcoin carries. They are designed from the root, meaning they cannont be reprogrammed or hacked. They are not connect to internet so this option is most secure but carriers can be costly, if you are particulary short on money.

Last option is creating account on bitcoin website and storing your bitcoins here. This option offers most vulnerablities and is generally not recommended.

I like the option of using bitcoin wallet as software on pc the most so I will further elaborate on this. There are few things that are good to take notice of when choosing this type of wallet.

-Wallet should give you full control over your bitcoins on it, meaning nobody else can freeze them or reverse transactions. To my understanding, there should be a possibility of reversing bitcoin transfers. It seems this is the reason why fees are being used and payment verification delay exists. Also generaly, you often get warned to do the business with trustworthy people and look for signs of scams like oddly low fees.
-Next you want the highest level of validation as you can get. You can get wallets with "full nodes" which work independently without third parties(most secure) but require 100 GB space. You can also get wallets partially dependent on third parties(less secure but I'd guess it is more lightweight too) or you can get wallet with centralized validation, fully depending on third party(meaning you gotta make sure that they are trustworthy).
-Wallets also differ the way their software is built. Bitcoin Knots and Bitcoin Core and some others are said to be open source and build deterministicaly which apparently means greater degree of transparency. Next there are wallets also open source but not build deterministicaly and lastly wallets using remote app which again depend entirely on third party. Open source is good because you can ask people understanding the code to verify if its legit wallet or whatever...
-Next is security. Most wallets don't support 2 step verifycation(using both pc and mobile device) except for Electrum wallet. 2 step verifycation can be compensated by using offline storage of wallet which is disconnected from internet like does Armory wallet.

Part 1.
Anonymous
Mon, 12 Jun 2017 10:02:24 GMT
No.95
>>94
-Next is privacy(main reason why I'd choose this payment method). Most secure wallets are those that:
1. make it hard to spy on balance of bitcoins in your wallet by rotating adresses.Rotating your bitcoin wallet address will help you to improve the security. If you use the same address over and over again, all transactions associated with it will be kept in a ledger forever.
!This makes you more vulnerable to fraudsters and scammers of all kinds, because using transaction details they can identify your personality and use this info for blackmailing or theft!
2. Don't share information with peers in network(people recieving or sending bitcoins to you)
3. Allow use of Tor as a proxy so internet providers or hackers won't find your real IP.(I wonder if other VPNs could do the job too)

-Next is control over fees. Fees are like tips to the waiter. Beside users in Bitcoin market who trade each other, there are also bitcoin miners. Basically they lend part of their processing power to solve processes of encrypting and decrypting transactions, after they solve the transaction, fee asociated with it is theirs for the taking. The bigger fee sender includes to the payment, the higher chance that transcations gets finished quicker.
Wallets tackle this in number of ways and often they suggest ideal fee so you can get transcation finished in timely manner and not pay too much either. These are generaly all good except wallets which don't give you suggestion so you will have to make your own estimates. Traditionally, the sender pays the full Bitcoin network fee; deducting the fee from the amount received by the recipient will often be considered an incomplete payment. 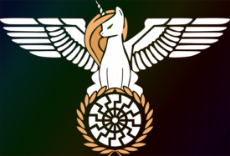 some general concepts as i understand it:

the blockchain holds every transaction ever. to run a full node you keep a full copy of the blockchain on your computer hence the 100GB reference. or you depend on a third party to act for you (risky).

you should keep your wallet offline except when making a payment or verifying a payment to you. if anyone has a copy of your wallet they can transfer your coins. you should backup your wallet, if you loose it, your account and coins are gone FOREVER. you can back it up once and use that for ever because it doesn't change, think of it as an access card not a money container.

anyone can run a node which is just software to share updates between other nodes about new transaction on the blockchain. each node records the updates on its copy of the blockchain.

every new transaction on the blockchain is cryptographically connected to the previous transaction. any hacking of the blockchain would break this maths, and therefore be detected, and rejected. furthermore a hackers blockchain would be unlike all the others and be rejected by all the other nodes.
Anonymous
Thu, 13 Jul 2017 19:35:37 GMT
No.222
https://archive.is/fU9J3
video source:
http://www.jns.org/latest-articles/2017/7/12/israeli-start-up-bancor-wants-digital-currency-to-go-mainstream#.WWZHq4VRWEc=
>“One year from now the Bancor Network will encompass a wide plethora of smart tokens, both user-generated and created by us and other companies…our network of token-changers will be the most efficient and low-cost method of exchanging cryptocurrencies directly with each other, independent of exchanges,”
Anonymous
Thu, 13 Jul 2017 19:37:59 GMT
No.223
https://archive.fo/F4sYj
How to Subvert the Bitcoin Network in 5 Easy Steps - A Banker's Guide to Stifling Cryptocurrency
1. Refuse to remove the "spam-limit" on on-chain transactions because of "centralization"
>Satoshi limited the block size to 1MB when Bitcoin was still in its infancy in order to thwart spammers. (((They))) scapegoated Miners as the evil money-grubbing source of "centralization". Any fair-minded User in the system should obviously despise these greedy monopolists!
2. Propose a solution that enables transactions to be diverted away from the blockchain and instead to your second layer hubs.
>Segwit is a technology championed by (((Blockstream))) who is funded by AXA Stragetic Ventures whose CEO is Henri de Castries, Chairman of the Steering Committee of the Bilderberg Group.
3. Once the community rejects your plan, set a date and tell them it's going to happen anyway regardless, ignoring the underlying network. Shill this idea on all the social media platforms that you control that the miners don't matter.
>BIP148 (User Activated Soft Fork or UASF) was pitched as a radical User revolt against the evil Miners but only shills and newfags payed any attention to it. And it was /pol-tier shilling (remember Bitcoin is a $50B+ industry) across twitter and r/bitcoin with heavy censorship on the board. Go r/bitcoin and you'll see it - the familiar appearance of near consensus support of an idea, but in reality, there is deep animosity between the two camps (r/bitcoin and r/btc).
4. Co-opt your friends to propose a "compromise" that gives you everything you want, while only slightly increasing on-chain space, or most likely not increasing it all. Most importantly, pretend you hate this "compromise" and that you had nothing to do with it so the community rallies for it.
>When it became clear that BIP148 had no real support, (((they))) benevolently compromised with the community on Segwit2x, which gives them everything they want anyway.
5. Profit
>As of August 1st, Bitcoin is ZOGcoin
CALL TO ARMS
The Bitcoin community is mainly comprised of ideological crypto-anarchists and libertarians who fundamentally despise the federal reserve and big banks but are either too afraid or too naive to name the jew. These folks are prime time for red pills and are already 75% of the way to our side.
1. meme the jewish-owned blockstream out of the shadows
2. connect them with the bilderbergers
3. bombard social media red pills
PEOPLE
Bitcoin core (most actively support Blockstream) - https://bitcoincore.org/en/team/
Blockstream - https://twitter.com/blockstream
Adam Back (Blockstream CEO) - https://twitter.com/adam3us
Luke Dashjr (Blockstream co-founder) - https://twitter.com/LukeDashjr
Jihan Wu (The main boss of the "evil Miners") - https://twitter.com/JihanWu
Roger Ver (an popular outspoken opponent of blockstream) - https://twitter.com/rogerkver
SOURCE
https://archive.fo/QxgEC
Anonymous
Sat, 19 Aug 2017 06:20:48 GMT
No.255
256 612
What are some other cryptoshekels worth investing in?
Anonymous
Mon, 21 Aug 2017 04:29:07 GMT
No.256
257
>>255
Bumping for this.
It looks like the Jews have already begun to wrap their claws around bitcoin.
Anonymous
Mon, 21 Aug 2017 04:38:13 GMT
No.257
>>256
Dash and Litecoin are maybes. I think gridcoin is pretty interesting too, but I don't know how secure it is.
Anonymous
Wed, 13 Sep 2017 19:15:23 GMT
No.598
600
What are some good sites where I can purchase cryptoshekels? Any out there that don't require me to give them my bank account?
Anonymous
Wed, 13 Sep 2017 19:33:08 GMT
No.600
>>598
My friend who recommended me good proxies is now trading with ethereum. Says its better. I heard that recently, China banned alternative coins like ethereum.

I became disappointed with bitcoins because its very hard to get it anonymously, without tracking.

Best options imo are using bitcoin ATM or exchanging cash for bitcoin IRL with other person(danger of scams and robberies). However, what I haven't yet tried is mining bitcoins. Maybe you could circumvent tracking like this. 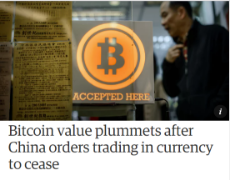 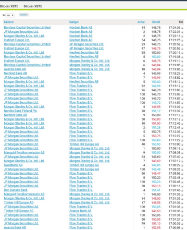