The Promised Neverland
Anonymous.
Wed, 03 Mar 2021 04:10:23 GMT
No.1343
[Last 50 Posts] [Last 100 Posts] [Last 200 Posts]
So...there's this animu that's seems to be trending right now where there's literal human farms to feed childr*n to literal demons.
There's no much talk about it on 4chins, not working for me right now, but i managed to get something from the google preview, apparently a lot of its main Discord servers are allowing full chatter about the JQ AND the propostreous [email protected] conspiracy theory, i'll advice to avoid using Discord at all tho. 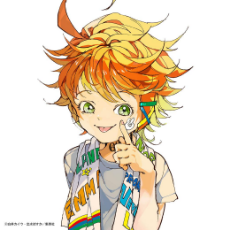 >>1507
OP here, tbh, when i posted this i haven't watched the whole thing yet, and i would probably have refrained from posting if i had, and i mean, both anime AND manga were dissapointing...Goldie Pond was gud the first arc is still the best imo

The biggest issue i see tho, is overarching and persistent to the very end, in the first arc, Emma was a pretty interesting character, she kept being overly kind, compassionate and pure, all in a world where this just seemed like she had a death-wish. I was never part of the crowd sayin' "why isn't she another edge-lord", i found her personality and position on the matter rather refreshing, charming and interesting to see.
As the series progressed tho, the darkness and brutality of the setting quite literally vanished the moment it had to confront Emma, her position was never challenged at all, the whole world rather conformed to her vision.
Abraham Lewis abolishing pizza farming...wtf was that?