Man sets Kyoto anime studio on fire while screaming ‘you die,’ killing dozens
Ngr
Thu, 18 Jul 2019 14:47:57 GMT
No.2722
[View All] [Last 100 Posts] [Last 200 Posts]
>At 10:30 am on the 18th, a man sprays a liquid like gasoline in the building of the studio of the animation production company "Kyoto Animation" in Fushimi-ku, Kyoto City, causing an explosive fire.
>The police said that a studio of an animation production company in Fushimi-ku, Kyoto City had been confirmed by a man that 33 deaths were confirmed. Another 35 people were injured and transported to the hospital. A 41-year-old man is believed to have ignited, and the police are investigating it on suspicion of an arson.
>Apparently, it's a train otaku mad about the KyoAni building attracting a pilgrimage of anime otaku and ruining the scenery near a train spotting location.
Plus, Hibike had a baritone sax solo that people abbreviated as "barisaku". Coincidentally, "barisaku" was the abbreviation he personally used for another train spotting related term, バリバリ観光してサクッと撮りましょう.
So basically, he felt his hobby was personally attacked.
>[An eyewitness] lady said between sobs, "Someone left in the building was begging for help from a window. I couldn't tell if they were a man or a woman. Their mouth was bright red against their blackened body covered completely in soot, even their face. All I could tell was that they were crying out "HELP! HELP" again and again. Soon they stopped moving against the window and burned into it like a shadow. Then I heard the din of ambulance sirens and helicopters flying by."
SHITS FUCKED YO, DISCUSS.
full story: https://www3.nhk.or.jp/news/html/20190718/k10011996791000.html?utm_int=word_contents_list-items_002&word_result=%E3%82%A2%E3%83%8B%E3%83%A1%E4%BC%9A%E7%A4%BE%E6%94%BE%E7%81%AB 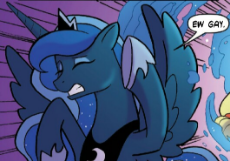