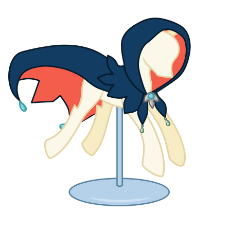 Made this thread so I could get some feedback on my monk pc but anyone can use it for feedback to their own pcs.

Now I'm gonna build a Drunken Master of this character and post it here. 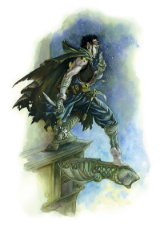 Swordsage Level 3
BAB: +2
Fort: +0
Ref: +2
Will: +2
Maneuvers Known: 8
Maneuvers Readied: 5
Stances Known: 2
Class Features:
Quick to Act +1
Discipline Focus (Weapon Focus)
AC Bonus
Weapon and Armor Proficiency: As a swordsage, you are proficient with simple weapons, martial melee weapons (including those that can be used as thrown weapons), and light armor, but not with shields.
Heatlh Points: 8+2d8 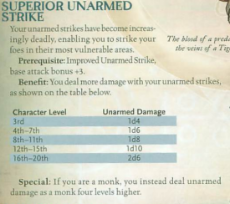 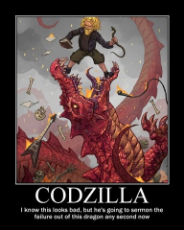 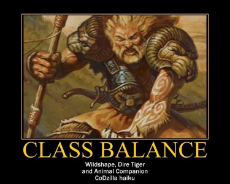 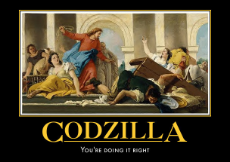 >>150875
Well, you don't have very much to work with there... I would strongly recommend a single-stat dependent casting build.

I would advise going for a Monk 2 / Cleric 3 build to be a Sacred Fist, and then put as much as you can Into Wisdom.

You can use Wisdom for attack rolls with the Intuitive Attack feat. This will allow you to attack with the same stat you cast with.
Clerics have very good buffing spells, so you can use your Cleric buffs to substitute for lower physical stats. It has the issue of power-up-dance syndrome, but Clerics are notoriously better at fighting than actual martial classes (see: CodZilla).

Sacred fist will advance everything you want from Monk, while giving you full Cleric casting. The Sacred Flames feature is also rather thematic for your build.

Iirc, the game you are playing in affords Earth Ponies +2 Str, +2 Con, and a bonus feat at lvl 1, so apply those accordingly.
Anonymous
Tue, 24 Aug 2021 16:43:08 GMT
adf8cb7
?
No.150878
A Monk / Paladin Argent Fist with Serenity and Intuitive Attack could also be a very potent low-stat Wisdom build, although spellcasting is generally stronger. The Argent Fist also gains flaming fists, so that fits your theme.

But for this alternative I do for fun, I haven't been building on it since last time. 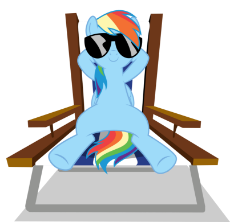 Has anybody else combined Devoted Tracker with Holy Mount for an ubermount build? I'm pretty interested in it, since I realized the Light Cavalry ACF for Scout gives them access to a paladin's special mount, which could make it great for Swift Hunter or even Swift Avenger builds if you combine those feats. You just have to wrangle in Smite Evil, which I guess can be gained with the Planar Touchstone feats.

I found a handbook:
https://forums.giantitp.com/showthread.php?210550

Anyway, if LCB type stuff if your first thought, you're approaching Sorcerer builds in a way that might be unrewarding down the line. Spending 6 feats just to do an enormous amount of damage is beneath you as a mage; that's a martial character's job.
But you've peaked my interest. There are lots of ways to approach Sorcerers, but what style did you want to play? Were you interested in vast AoEs (War Magic Study; War Weaver, Widen/Enlarge Spell, etc), or just direct damage in combat (Mailman build)? Were you interested in combining different metamagic effects for cataclysmic combinations of arcane might (Mind Mage + Psi-Spell feats, Incantatrix), or just wanted to commit more efficient warcrimes (no limit to the options here, although I'm partial to defiling Mahou Tsukai and the Taint of evil).
And if your idea was "I want to exploit loopholes to blow up the world", there are lots of old theoretical optimization threads I can point you to, many of which actually work RAW. I'm kind of bored of absurdist TO builds though; and I wouldn't really reccomend using them in actually games because all you'll do is piss off the table and get yourself kicked out, and even if you don't you might find that spending all of your resources on one world-destroying gimmick isn't that fun down the line when you could instead spend a quarter of your resources on village-razing gimmicks and the rest of your resources on other cool stuff that you can actually play.

Imo, the best and most gratifying Sorcerer is a Sorcerer that fits to a theme or style of some kind. As a Sorcerer, the spells you choose are an extension of your personality and define you as a character. With so many spell options to choose from, you'll seldom be forced to choose between power and flavor, so long as you know where to look.
Anonymous
Thu, 04 Aug 2022 02:52:29 GMT
56aac71
?
No.165372
165377
>>165362
>Idk why people keep bringing up this 18 year old joke
I just looked around for ways to commit hilariously gratuitous mass murder and I'm already playing a DPS-focused sorceror, so I figured that having some way in my skillset to replicate the detonation of a nuclear bomb would be hilarious. As for what I want to do, I just want to become a living weapon of mass destruction (or alternatively be capable of waging a successful campaign of genocide on my own.) I'll definitely look into yours and >>165359 's suggestion of the mailman build, since big numbers are always fun.
Anonymous
Fri, 05 Aug 2022 19:59:35 GMT
2c7070b
?
No.165377
>>165372
>Mass destruction
Up your metamagic game, but in that case consider area over damage. Widen Spell and Enlarge Spell could be your friends. Pick spells with large areas, such as Firebrand, and apply metamagic to make them bigger.
The mailman is an example of a single target damage build.

That being said, all Sorcerers have access to mass destruction. Even a 10th level mage can reduce fortresses to rubble.

Have you considered War Magic Study? It could help you write versions of other spells with the [War] descriptor, which are naturally widened and affect more targets. It's expensive, and is subject to additional ad hoc limitations by the DM (note how the sample [War] version of magic missile prohibited attacking the same target with all missiles, and the sample version of [War] Animate dead caused the legion to crumble after the end of the duration), but it might be what you're looking for.

If you just want TO optimization for the joy of reading it, check out the old Giantintheplayground threads. I think minmaxforums also archived a lot of the brilliant gamologists threads, and a few of the ones on the old WotC site forums before that was torpedoed (because Hasbro fucking hates its fans).
Anonymous
Mon, 22 Aug 2022 23:04:45 GMT
2c7070b
?
No.165735
Anybody here have an opinion on how Midnight Augmentation is supposed to work?
Does it reduce the total power point cost, or reduce the cost per augmentation?
[Last 50 Posts] [Last 100 Posts] [Last 200 Posts]
40 replies |  13 files |  9 UUIDs |  Page 4
[Go to top] [Return] [Catalog] [Reload] [Archive] [Update] ( Auto)