Philosophy
Anonymous
Tue, 18 May 2021 18:41:01 GMT
efb199b
?
No.3726
[Last 50 Posts] [Last 100 Posts] [Last 200 Posts]
ITT, let us discuss the philosophical works of the great thinkers before us, post information for other poners on how best to acquire the knowledge contained therein, and contribute our own ideas pertaining to solutions that might match the challenges put forth by the ever present, so-called bigger questions.
Anonymous
Wed, 19 May 2021 13:09:08 GMT
3e55f67
?
No.3745
3746 3750
>>>/mlpol/308819 →
Anonymous
Wed, 19 May 2021 17:10:24 GMT
ba29a67
?
No.3746
3747
>>3745
While an interesting starting point and not necessarily wrong.
At the essence of what he's talking about is the way anything enters or leaves the mind.
His claim is that the mind is an immune system for unverifiable ideas. Once someone is compromised other bad ideas go in.
From my experience the mind is akin to an ecological powerhouse. The thoughts and ideas and perceptions occupy that area.
Suffice to say you do have at the minimum some amount of influence in that jungle area. Some people can do more there than others. Once cognizant anyone could start doing some interesting self change. The automatic (subconscious, unconsious) process can be improved with being taught to be allowed to act in your collective self interest with the updated priorities to go against stupid decisions.
/vx/
Wishful thinking does jack shit. For this more relevantly wishful thinking is an exercise in disempowerment for everything.
That's different from ignorance or not having the information/knowldge due to it being inaccessible.
The other claim that a bad filter would cause malfunctions is also somewhat true.
And the third combined claim is that self reflection is typically not done to one's own mind garden. That's due to the effect of manually agreeing the whatever is true even if that's not the case.
The problem is his assertion of what is true upon others, Astrology has fucktons of hacks and cheats. Much of the same information is derived from the social security number doesn't help. On Astrology Planetary influence where secret knowledge is useful for various projects.
For flat Earth? That's a conspiracy being a conspiracy theory. It is (((their))) goto choice for discrediting areas of knowledge (true or false). Due to overwhelming amounts of information pointing why it's false, to even consider it or to disprove is a waste of resources. It is then used as character assassination.

It's a fine attempt for what it is. The examples could use work. The means and depth of knowledge could use work. As a compilation showing how one has barriers for their mind, it's fine. The attempt is outside worthy. Once more I'm only basing it off of the video clip.

The opposite conjecture for why the mind has a reason to disregard everything when it knows it has everything is quite interesting as well.
Anonymous
Wed, 19 May 2021 18:10:14 GMT
3e55f67
?
No.3747
>>3746
It wasnt meant to be exhaustive nor the 'final word' on the phenomenon, but it does raise an interesting point about belief systems (specifically those based on interpretation, conjecture, and individual opinion).

The idea being, the more spurious the belief system - regardless of the conscious intent of the individual - the more susceptible the person becomes to ideas that are comparably and/or increasingly fallible. And yes, it also pertains to the rejection of contrary evidence (something I assume needs no example on the political world et al).
The more damning detail is the probability(certainty?) that this proclivity is being actively (((used))) to further erode at the cognitive capacity of society.
The takeaway is that critical thinking (sometimes maligned as 'negativity') is an absolutely essential skill and practice, the neglect of which can literally impair a person's ability of critical thinking. I can think of countless examples of this phenomenon at play, bother to its perpetuity and the symptoms observable in behavior.
Tl;dr Critical thinking is like a muscle that can either be developed or allowed to atrophy.
Anonymous
Wed, 19 May 2021 19:43:31 GMT
0955e26
?
No.3750
File (hide): 9759C2D8D25D22F3B721427989D5D01B-1375181.png (1.3 MB, 2152x1442, 1621453429.png)
[Bing] [wait] [Tineye] [Yandex] 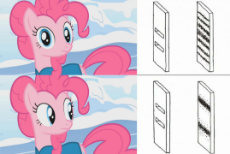 Does anyponer know what the most well-accepted interpretation of quantum physics is today? Is it still the Copenhagen Interperetation? Reducing reality to consciousness and viewing the world from the viewpoint of probabilistic wavefunctions has really helped open my mind up to juggling a lot of possibilities at the same time.

For instance, the flat earth theory. It's not, to me, a question of whether or not it's true, just how probably true or untrue it is, it is in a state of superposition of true and untrue. To take it further, very much of empirical data, if not all of it, is based on statistical analysis, IIRC, which would mean there's still a statistically impossible (as in so improbable that the scientific method would more likely have to be bust to accommodate it and the chance is patently negligible) chance that gravity doesn't exist and none of the scientific "facts" we have accrued over centuries really help to explain anything whatsoever, that science is totally wrong about everything it's ever claimed. That would be along the lines of Hume's Problem of Induction, if I'm not mistaken, please pardon me I have not read Hume yet, but intend to get to him eventually, but which is something that I can mention has hamstrung efforts to prove that science is making progress for quite a long time.

>>3745
I wouldn't say the guy's wrong in the video. Attaching oneself too closely to anything has shown to be detrimental to my well being, at least in my own experience, and meditation has helped me quite a lot in simply forgetting things and starting from scratch if need be. To a helpful degree, anyway.
[Last 50 Posts] [Last 100 Posts] [Last 200 Posts]
4 replies |  2 files |  4 UUIDs |  Page 3
[Go to top] [Return] [Catalog] [Reload] [Archive] [Update] ( Auto)