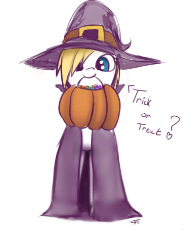 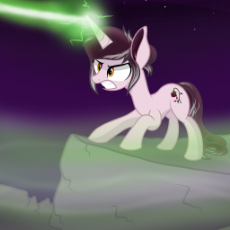 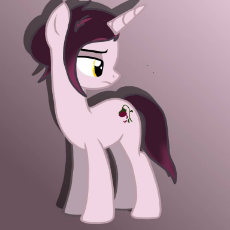 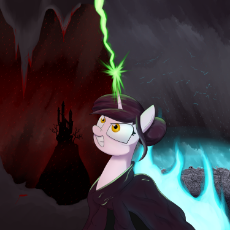 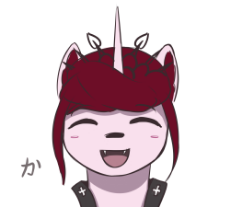 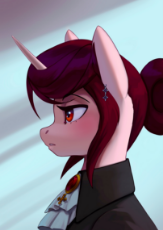 Millennium Dawn fucking sucks
Is the aryanne MLP mod fun?
Anonymous
Fri, 13 May 2022 17:33:15 GMT
8d8ac9c
?
No.163374
163375 163387
>>163373
Since you keep asking, I’ll tell you to put your mind at rest. The mod isn’t updated to the current version of Equestria at War mod, which makes it subject to crashes. Not every game will crash, but it will sometimes make a check that can’t complete correctly and the game will simply give up. As for the mod, it was a replacement mod primarily for the leader of the Duke back when he was the only option, so the tree will revert to how it was in that version.

Other than also adding Aryanne as a general, the other changes to the game still apply, which ruin the experience of playing fascist new Mareland, blocking early wars and building factions. Equestria at War itself is not really fun to play anymore without someone making a mod to revert some of the insane changes hat have accumulated over the years.
Anonymous
Fri, 13 May 2022 18:01:42 GMT
6169807
?
No.163375
163380
>>163374
Insane changes? What did they ruin?
Anonymous
Fri, 13 May 2022 21:18:58 GMT
8d8ac9c
?
No.163380
163381 163387
>>163375
Fascists used to be able to launch a war whenever they wanted to by justification, but the devs now have a world tension limit of 20%, meaning you can’t launch early wars. This makes the game very scripted and no longer free to be altered outside the focus trees, which are also limited.

They altered the ability for a nation to gain support for a political party, limiting it to focus tree buffs and spy networks. Now there is no cabinet position to gain party support and alter your government. This locks in certain nations like the dragonlands to permanently be the government type they are as the generic focus tree now locks the political support behind having the political party as the majority that you go down. No more strange alternatives you can go down. 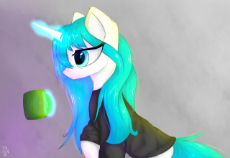 Second, if you don't bother to change the game rules, it really doesn't matter that much because it's fine as it is. Yes, the 20% world tension requirement to declare war dramatically limits early wars, with the game generally taking until late 1009 or even until 1010 to reach 20% tension when historical events are on, eliminating a year or so of war. But the tech tree goes on until 1020 or even later. There's plenty of time to go to war against everybody. Also, so many nations and so many focus trees have war goals that war won't be in short supply anyways.

>Change of governments
Almost every nation on the entire planet has at least two ideological paths. Almost every nation can go fascist or harmonist or communist. You don't need a generic focus tree because almost all nations have several specialized focus trees. Also, most nations have possible advisors to boost ideologies. Most nations have the ability to form factions through focuses. There are literally probably four times as many nations in EAW that have focus trees to change to multiple ideologies with war goals and faction building as there are in the base game. You have to pretty much look for a boring nation in order to find one. If you are playing a nation with a generic focus tree, stop playing it and go play one of the three dozen nations - 85% of all nations - that have focus trees.

>This is also a major problem when trying to rush the party change in new Mareland. Now you can’t become fascist quick enough to go down the tree in time to build a sufficiently large presence to fight the later wars they force you down with the world tension.
I don't understand this complaint at all. New Mareland, in the current set up, can achieve a fascist government by around about August of the second year. It has always been this way, and it has never been otherwise. It takes even less time if you have historical events turned off and you get a war in Equestria that causes early independence. Again, it has never not been this way, except that now events like the Equestrian civil war actually happen sometimes whereas they did not before. Also, New Mareland is perfectly capable of arming in time to meet any challenge. It's difficult to defeat Beakolini's Wingbardy on Historical focuses, to be sure, but it's very far from impossible.

>What, did they get mad that in some playthroughs, nations didn't act how they were "supposed to" and failed to support the "Everyone teams up against nazis and then an army of the undead so the victors have something to do afterwards" story they had in mind?
What the hell does this even mean? Are you even aware of the "historical focuses" check when you load a game? The entire point of turning historical events off is that things don't occur as they are """""supposed""""" to. Second, there are no "nazis." Yes, the Changeling Lands focus tree has references to Nazis. Yes, the Changeling Lands have the military equipment of the Nazis from Hearts of Iron 4. The fact remains that changelings are not Nazis. Changelings have their own powers, their own history, their own ideology, and their own identity separate from the Nazi Germans. They have their own mechanic in the game to extract love from the captured population. They have Chrysalis, an their own reactions to events. Sure, they drive panzers and use MP40s, but it's no deeper than an aesthetic. Also, nations don't team up to attack them. The Changeling Lands will invade two nations prior to attacking Equestria, and will then attack Equestria and the Crystal Empire and any vassals or successor states. Later, Stalliongrad will join them. That's it. There are several nations on that continent that will not join the war at all, like Yakyakistan, Nova Griffonia, the Penguins and the Dragon Lands. And no one in Griffonia will join... Except New Mareland if it isn't independent. There are many, many wars that go on outside of this conflict.
Anonymous
Sat, 14 May 2022 03:17:14 GMT
8d8ac9c
?
No.163392
>>163387
Are you actually arguing not to play the game in the way I want to play it because they fucked up the generic tree? It is their own fault for having nations playable with fucked up generic trees. Just don't let the player select the nation. They have the ability to add and subtract land since I have been playing the game since the mod had only one landmass. This is a non-argument.

As for early war, this is drastically important for some nations to make the headway to face against the coming focus tree scripted wars that will be declared, such as Wingbardy against New Mareland. Those with extreme skill can probably win with their eyes closed, but I am not that way. I need the ability as a total dictator to declare war whenever I please to beat the clock and have an army to defeat the enemy.

>always been this way
Negative. I used to rush several months early by using the political cabinet member to boost fascism while giving equestria supplies, generating the needed independence from being a puppet with the old system.

>it's difficult but not impossible
Correct, but it used to have an easier option for players that utilized early war. Now I am out of my league to play as that nation. I don't find it fun anymore. If you do, great, but this doesn't solve the problem I have.

>you have to be looking for a boring nation
Yeah. I like the smaller nations because the fight to claw your way up bigger and more impressive to rival super powers is more fun for me than massive armies clashing. Now picture me choosing Pònaidhean, which has no option to move into any political ideology than Harmony. Guess I'm playing wrong still though and I am not supposed to pick the nation with a unique tree and is selectable.

The point being is that it used to be different and the changes fucked so many things I enjoyed about the experience. If they are changes you enjoy, fine. I literally don't give a shit though because it doesn't help me. I have been with the project for a while and it just isn't what I used to play. I can actually play the base game as any south american nation more effectively than any nation in this game that I desire to pick because of how they have changed the systems.