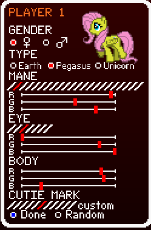 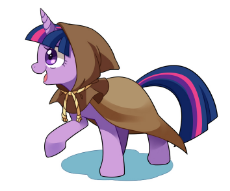 That said, I really must respect the game how much the classes differ from each other. Even though I ended up using sword the most as both pegasus and earth pony, many of the boss fights make me wonder how I could ever have succeeded at them without the ability to fly. And when I was just starting the game as a pegasus, I was wondering how I could ever complete it without the earth ponies critical art skill.
Anonymous
Fri, 08 Feb 2019 06:12:45 GMT
gWJAx
?
No.90089
>>90015
No, I agree. Pegasus Ponies FTW, followed by Earth Ponies. Unicorns are more consistent with the original game, but meh.
Yeah, Nightmare Moon is far easier if you're trying to kill her, which is the challenge, not killing her.
Flying Rune Sword for the win, and that MF'ing god damned %^&#ing serpent is a pain if you can't fly. Just saying.
If you haven't gotten 100% exploration, it makes for a fun distraction since you're through it. Also, there's plenty to do if you're autistic as far as combining items and doing the secret challenge cave, including a bunch of weapons and such. Also, each level has hidden chest (use the dowsing rods) for super rare items.
Hope you had fun, and glad if you did.
[Last 50 Posts] [Last 100 Posts] [Last 200 Posts]
21 replies |  4 files |  12 UUIDs |  Page 20
[Go to top] [Return] [Catalog] [Reload] [Archive] [Update] ( Auto)