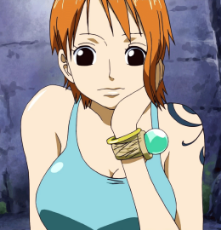 >also I want a true remake of Need for speed most wanted from 2005, but it is not a new idea, and way out of my league to make I think
Anonymous
Tue, 01 May 2018 21:28:17 GMT
9kKF4
?
No.64867
>>64500
My idea is this:
>Single-player FPS
>Music changes based on your input or enemy input, or on stage hazards
>Your weaponry and fire rate changes based on said music (Industrial/black metal = bolter from Warhammer 40K, synth/outrun = flashy laser with projectiles on certain beats, soft rock = slow waves, etc.)

Alternatively, a multiplayer version where your personal music is different from others, on-beat attacks do bonus damage, and there are custom classes which are all based on a root one similar to TF2's sidegrades.
Anonymous
Sun, 03 Jun 2018 12:35:04 GMT
wNGix
?
No.65800
66635
>>64500
11 miles - the game
Anonymous
Thu, 21 Jun 2018 04:50:00 GMT
OjexN
?
No.65809
A few I had were a Super powered race car game. This wouldn't play like a racing game but more like the Batman: Arkham series or a Spiderman game in that you would be running around the city with cool maneuverability gadgets and weapons strapped to a car or motorcycle. Envision you're driving down a city street in a ferrari dodging traffic and you see a bunch of bad guys has created a barricade in front of you with their cars, you hit your grappling hook button that shoots out two lines from you're car in a V shape connecting to the building on your sides, this swings you up into the air and you deactivate the hooks, as you near the side of a skyscraper you click your mangent button and your car's tires magnetically cling to the side, a helicopter flies by and you enter a turret mode and shoot it down, as you near the top another helicopter hover over the building shooting down at you, you hit the turbo, turn-off the magnetic wheels and activate the battering ram that extends out the front of your car and you smash into the helicopter, you land on top of the building and escape.

Another idea was a Die Hard themed game.
It would be a TPS or FPS and you would be trapped in a skyscraper with a bunch of terrorists and hostages and have a time limit to beat the game. You would start with just a handgun or maybe barehanded and have to primarily sneak around and use guerilla tactics to beat the game. The main point of the game is that the stories/rooms/supplies would be randomized each time you play, damage would be unforgiving making you die relatively quickly, while you can find first aid and doctor hostages to patch you up there would be the risk of sustaining permanent damage where you could lose the use of an arm or leg causing you to lose gun accuracy or having to limp, or crawl if you lose both your legs. You win after saving all the hostages and killing the heaterrorist guy.

The Last one is an idea I had for the next Bioshock.
akes place in Alaska in the 1950s, before Russia sold Alaska to the US they built an underground base and linkit with the main land with a tunnel that went under the bering strait. When the communists took over they expanded the base and sent families there under the rule of a woman, (lets just call her edna). Edna's job is to grow the community and raise a small army out of the men if they ever need to invade the US/Canada. Eventually the tunnel linking to the USSR collapses, Edna can't reconnect from the Alaskan side as they would surely be discovered so they stay put and edna transforms the community into what she believes it should be. She makes it Ultra-Equal to the point people are forced to wear clothing and things that hinder any abilities they have that give them an advantage over other (basically Harrison Bergeron) eventually they discover crystals that can give you powers and these are given to the less fortunate to make everyone more equal but they also cause insanity. Now people are rioting and killing each other out of madness and that's when you fall down a crevice hidden by snow and discover the place, also the "tool" for the game would be a portable drill that lets you travel through soft rock that makes up some of the walls.
Anonymous
Thu, 26 Jul 2018 10:02:04 GMT
9kKF4
?
No.66478
>>64500
A rhythmic FPS in which changing the genre of music changes your weapon's characteristics, movement speed, etc. 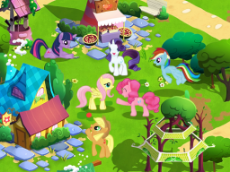 >>64500
My lifelong dream is an open source sandbox of independent pony bots you can mess with. I have made detailed plans of how one could work, but I have failed at coding forever so someone would have to help with getting the basics in place.

The game would be based mostly around the pony AI, making them seek food and shelter on their own and so on. Starting the AI from simple things like just picking food and building a basic shelter would make it faster to get the first basic release done, and also ensure that they had methods to keep living even if the late game houses and food markets got destroyed. As the basic survival needs got fulfilled, the ponies would start improving their settlement further, building proper housing and workplaces, making proper plans for freetime and so on.

As for what the player would do, once the sandbox ran indepently they could mess with it however they please. Spawn monsters, drop meteors on them or order them around to do what you want. Posess a pony and play around in person, living a normal life pony or going on a rampage. An independently functioning town of NPC:s would be a great base for many kinds of games from Sims to Assassins Creed.

Keeping the project open source would keep the lawyers off its back, and developing it in arcs like Dwarf Fortress would help split the seemingly massive project into small chunks, each release adding a new function to the game. First release would be just about making the ponies move, eat and sleep, second would be adding framework for professions and construction, third would be items, interiors and ownership, fourth about desires and socializing and so on.