/ARY/ shall be our name. Aid your brethren in their times of strife, and they shall help you.

A game pad is necessary because HOLY SHIT THE KB+MOUSE CONTROLS ARE TERRIBLE. 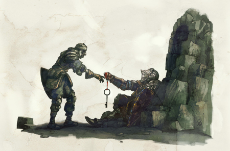 I'm a little disappointed that there isn't more Dark Souls players on /mlpol/. It's a game that truly embodies /vx/.

>>792
I wish a had a gaming PC, I only use a console since I can't afford to make a decent one. Thanks for posting, btw.
Anonymous
Fri, 18 Aug 2017 02:10:38 GMT
NFQNo
?
No.797
>>794
>I'm a little disappointed that there isn't more Dark Souls players on /mlpol/. It's a game that truly embodies /vx/.
Well /mlpol/ wasn't born until after all of the Dark Souls hype had come and gone. The final DLC was already released by then, and the PvP was arguably really shit in DS3 compared to DS2.

Honestly I'm still a bit salty how badly they gimped offhand weapons in DS3 compared to DS2. If you haven't played two, you maintained the weapon's full offensive moveset while it was in your offhand. All of your light, heavy, rolling, running, jumping, etc attacks. While in three your offhand weapon just gets its light attack, and there is an awkward moment where your character spends a frame or two getting into a neutral position before performing the attack.

By far my favored weapon pairing was a mainhand rapier and an offhand curved sword. Usually the Espada Ropera and Manikin Sabre. That gave me the rapier's excellent pokes and the ability to parry attacks (rapier R2 was a parry instead of a heavy attack), while also pairing it with the curved sword's close in wide sweeping attacks. If your stats where high enough, you could adopt a "power stance" with the weapons which added a few variations to the attack patterns and notably added an exhausting "spin to win" attack that honestly was parry bait but god help them if you caught them with their pants down and hit them with it.

I think DSIII was supposed to be the final game in the franchise, but the game was so popular that surely they'll make another souls-like game in the relatively near future.

One of these days I'm going to sit down and play through all the games in some marathon session. Probably record myself for all of the boss fights. Some of them are EXTREMELY satisfying victories. Defeating Fume Knight for the first time was exhilarating, and I've heard that the Artorias fight in DSI was superb.

>I wish a had a gaming PC, I only use a console since I can't afford to make a decent one.
The nice thing about gaming PC's is that they're extremely modular. You can split the cost of a powerful rig over several years.

If I were building a new machine from scratch, I would splurge with the following components from the start.

1: A spacious full tower case. They're fuck-huge, so that can be a problem for some people, but they're SO much easier to work with. Also, many aftermarket CPU coolers are too fuckhuge to fit in smaller cases. Features to look for are dust filters, removable side panels, large fan slots, and occasionally you can find some with a nice removable try that the motherboard will sit on.
2: A high end power supply unit that gives you more juice than you'll think that you'll need. Ideally a modular one so that your case isn't cluttered with an octopus of unused cables...just don't lose the cables. DO NOT SKIMP ON THIS MOTHERFUCKER. A shitty PSU can cause so many hardware failure headaches that are a bitch to troubleshoot.
3: A quality motherboard that's using the newest CPU socket, and has plenty of slots for future expansion.

I'd skimp on most everything else for the initial build:
1: We don't need a high-end CPU right away, but it's important to be using the latest socket because today's top-end CPU's will be tomorrow's bargain bin CPU's. Many game's don't really stress the CPU that much anyway.
2: We can skimp on the graphics card with an entry or midrange model for now. Midrange stuff should play most everything on at least medium or low grpahics for years to come. Eventually upgrade to a high end card, but keep the old card in your closet as the "spare tire" for your machine just in case your fancy card dies on you.
3: You can always add more RAM at a future date.
4: You can always add more hard drives at a future date. SSD's are awesome but not necessary. I highly recommend buying at least a small one for your Operating System installation though.
5: You can probably get away with using a stock CPU cooler for an initial build, but they're pretty shit. An upgraded cooler will give you better cooling and quieter operation. It also opens the door to allowing you to have sufficient cooling to consider overclocking your CPU for a budget performance boost. I'm fond of some of the liquid cooling units that are available today. That does put liquid inside your machine though, so if that makes you uneasy then a conventional cooling fan is always an option. The more enormous the better. You want a giant copper heatsink with lots of fins and a large diameter fan to move air across it. The full tower case comes in handy with a conventional cooling fan. Whenever you mess around with replacing a CPU cooler, you want to make sure that you do it right. You can look up videos about how to properly clean and prepare the mating surfaces, and also how to apply the thermal paste properly.
Anonymous
Mon, 21 Aug 2017 00:26:54 GMT
gonKa
?
No.807
Holy shit I didnt know we had one of these. Imma need someone to help me with the latest dlc on PC.
[Last 50 Posts] [Last 100 Posts] [Last 200 Posts]
8 replies |  2 files |  6 UUIDs |  Page 38
[Go to top] [Return] [Catalog] [Reload] [Archive] [Update] ( Auto)