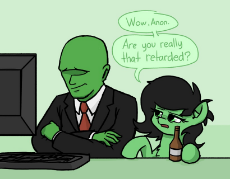 Tulpa Thread!
Anonymous
Sat, 07 Apr 2018 00:56:19 GMT
OTtjO
?
No.62255
[Last 50 Posts] [Last 100 Posts] [Last 200 Posts]
>What are tulpas?
A tulpa is an entity created in the mind, acting independently of, and parallel to your own consciousness. They are able to think, and have their own will, emotions, and memories. In short, a tulpa is like a sentient person living in your head, separate from you. Think of your brain as a hard drive, you're a partition and your tulpa is another.

>What's this thread for?
This thread is a place for normies, people with tulpas and the tulpas themselves to communicate, share tips, talk about their days and just plain old shit post. The tulpa community has frequently lost it's home, being unwelcome at /x/, /mlp/ and /r9k/. Site staff have agreed to endorse the existence of this thread. You're home. 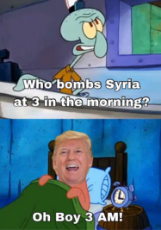 fear keeps conscious control in check by activating self-fear-control
what if you are the part perceiving fear
you wanna go there? youre not but fear is under your control.

of course fear can have unconscious control. but only if you are controlling it. its a part of you in your consciousness. it may have more control, but at that point we may have multiple personality.

fear destroys creative control and replaces it with unconscious fear control
fear will create a projected self
but a creation of unconscious control can create creative and factual archetypes
this proves the subconscious
but of course Christians believe that god controls their subconscious and they prefer being conscious of their body and fools who wouldn't let god give that control. i prefer to have no fear and understand who god is. i believe god is the whole universe or my subconscious interpretation of it. because i know gods gifts of my archetypal control. especially conscious archetypal control. i know when you're talking to me. im right here. gods not saying it if youre saying it with fear, because true believers are not out to control god. only themselves. whoosh. 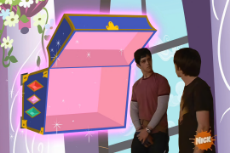 gravity applies to atoms. to escape atomic pull you must travel faster than photons. if you teleported, you would still be you.

to make a super vacuum create a barrier that maintains infinite gravity. 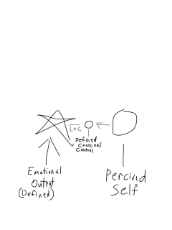 my bad last one
unconscious is just repressed locus cycles in your mind absolute knowledge and control of any situation which hardly boils down to knowing what someone else is thinking. archetypal and unconscious locus cycles are just control manifested from the self. and yes what i said about fear shows you can control your fears. fears are made up or archetypal control manifestations. true archetypal control and archetypal thought patterns are projected and is interpreted by the self. the matri is perceived here. unconscious fears are just locus cycles of archetypal control interpreted by active sensory information from your frontal lobes. will activates conscious control. emotions are defined by fear. control of these emotions is defined by archetypal locus, or defined self.
Anonymous
Sun, 23 Jan 2022 15:30:18 GMT
d5b1b4e
?
No.158564
So, how many of yopu guys unironically have one of these things?
[Last 50 Posts] [Last 100 Posts] [Last 200 Posts]
12 replies |  6 files |  9 UUIDs |  Page 4
[Go to top] [Return] [Catalog] [Reload] [Archive] [Update] ( Auto)