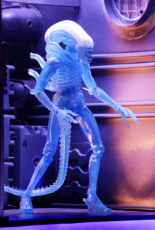 Aliens as a coverup
Anonymous
Sun, 02 Jul 2017 14:56:11 GMT
p5fuD
?
No.366
367 705 706
[Last 50 Posts] [Last 100 Posts] [Last 200 Posts]
I remember reading some time ago that aliens were merely a farce to divert attention from Cold War era technology such as carriers. I was wondering if anyone knew of the same. It's also probable that aliens probably weren't an intentional coverup, but one that was exploited.

Something else that's considerable is that the German Reich before hand were developing saucer like air crafts. Wonder if any of that has to do with the incident of UFOs, and it is likely probable since many German scientists and engineers were scooped up after the war.

>>366
If you timeline UFO events it tracks back to the war and Germany. If you assume Flying Saucers (as they were back then) are man made then the aliens are humans experiments. If you timeline human genetics technology progress along side alien reports you will notice correlations.

If you look at old UFO footage it becomes obvious those craft aren't suited to interstellar travel. Even back in 1896 the Aurora, Texas airship crash the Army Signal Corp. suggested the craft came from Mars to the newspapers.

Intelligent life is interesting to contemplate because they may have existed and then, like us discovered nukes, it is a very tricky time because it only takes one idiot to end it all.

Divert military spending to spacecraft development and we would already be on a few planets and moons.

Instead we prefer to kill each other.
The tech already exists, but it is classified.

Back to "Aliens as a coverup":

Timelining events is very interesting. And we can see that the grey alien idea is associated to military psyops and occurs around the time we develop cloning.

>“Looking right at it, my eyes hurt to look at it,” the witness stated. “It is using some kind of neural confusion. It was like trying to look at a needle coming at your eye. It gave off some type of electrical interference, and seemed to rotate radially even though it was stationary. It looked big enough to hold one or two people.”

>But the witness stated that there were letters and numbers on the object that were readable.

>“I could see very clearly on the tail stabilizer, USAF 003, in white paint. There were bright, silver fixtures and they had solid beacon lights that were white. The tail moved independent of the fuselage. There was a cockpit windscreen/canopy. It was non-reflective, silver material, that had a very odd indentation. It looked like a cookie sheet with a larger section around it to extend it, like a top hat.”