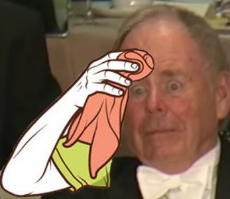 Meditation and visions.
Anonymous
Tue, 26 Sep 2017 09:08:49 GMT
cXlDi
?
No.3466
3482
[Last 50 Posts] [Last 100 Posts] [Last 200 Posts]
Ok lads I tried meditating for the first time and I think I had some sort of vision. I'll give it to you in green text form
>be me sitting down in comfy chair
>decided to give meditation a try for once
>close eyes and mellow out a bit
>start to see a sphere
>its the earth
>its eclipsing a green star
>a man dressed in some weird ass clothes I've never seen before slowly appears beside the earth
>he sorta waves his hand over Europe and America.
>some sort of hologram or image of two unusual looking objects pop up from the two continents
>If I had to describe them they look like a golden ankh with a few bits that seem to float around them
>suddenly it all fades to black
>theres now a black circle with a hazy green outline
>a massive fucking wrym/dragon thing comes flying out
>no noise (thankfully) I sure as hell didn't want to hear what it sounds, the sight of it was bad enough
>soon after it all fades back to normal just black
>mfw

was this a vision of some sort? Or do I have a weird vivid imagination? 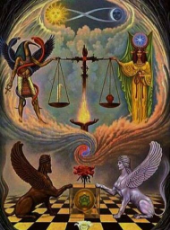 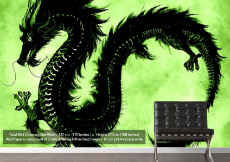 >>3482
it was more of an Asian looking dragon tho.
a bit like pic related.
Anonymous
Wed, 27 Sep 2017 07:21:19 GMT
cXlDi
?
No.3484
>>3483
few differences it had was a blockier face, no whiskers, bigger mouth, and the eyes.
those fucking eyes
Anonymous
Wed, 27 Sep 2017 07:26:23 GMT
pZn7J
?
No.3485
I found somethng: http://www.egyptianmysteryschool.com/golden_ankh.htm
>This initiation empowers you to do the Golden Ankh Meditation, a meditation that is one of the standard practices in both components of the Khu school, namely the Mysteries of Isis sequence and the Mysteries of Osiris sequence. This meditation was one of the most popular in the ancient Egyptian teachings, appearing in most of the schools. Each lesson of the Khu sequence contains an initiation which makes the Golden Ankh Meditation even more powerful.

The ankh is a symbol of rebirth, of purification and recycling of energy.
Dragons are wise ancient creatures but their flames symbolize both destruction and purification.
The green star is a symbol of harmony and peace, it could be telling you to calm down for what you are seeing.

What it exactly means I don't know and what it is I don't know either but it could be just your subconscious showing your desire for the earth and specially those countries to find peace and clean themselves of the impurities they are suffering from.
In any ways don't worry yourself with that, it may or may not be relevant in your future.
Anonymous
Wed, 27 Sep 2017 15:37:07 GMT
cXlDi
?
No.3490
>>3488
thanks for your input
on the topic of dragons I did some reaserch on my own and found this on site called dreammoods.com, it had this to say

Dragon
To see a dragon in your dream represents your strong will and fiery personality. You tend to get carried away by your passion, which may lead you into trouble. You need to exercise some self-control. If you dream about the birth of a dragon, then it refers to your emerging passion and strong will. In particular, dreaming of a metal dragon signifies an unyielding character, a water dragon symbolizes quiet confidence, a wood dragon means an analytical and logical mind, a fire dragon refers to a competitive nature and leadership and an earth dragon signifies sociability.
In the eastern cultures, dragons are seen as spiritual creatures symbolizing good luck and fortune.
To dream that you are a dragon and breathing fire suggests that you are using your anger to get your own way.
[Last 50 Posts] [Last 100 Posts] [Last 200 Posts]
9 replies |  4 files |  5 UUIDs |  Page 36
[Go to top] [Return] [Catalog] [Reload] [Archive] [Update] ( Auto)