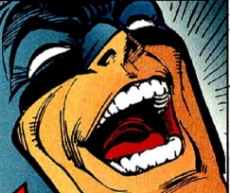 >>235
Essentially prestige from Call of Duty. Once you reach max level (100), you can burn all your spending money and $200 million of your offshore to gain an infamy level (1-0, where 1 is the infamy level and 0 is the regular level). You still keep all of your weapons and masks, but start again with no skills.

Infamy level 25 is the highest level one can attain and takes a very, very long time to achieve. At that point, you should know how to do every heist and transfer that knowledge to others. That's impossible to do if you just used hacks to get to that point.

It's just a side effect of the developer giving away 5 million copies of the game last week.
Anonymous
Thu, 15 Jun 2017 05:46:12 GMT
8Rwao
?
No.238
252
>>237
Damn. Is being able to do it in one day a side effect of new players not knowing how to do it right and becoming easy kills?
Anonymous
Fri, 16 Jun 2017 11:40:54 GMT
GngCD
?
No.252
I stopped playing a while back, but recently I've started playing again due to my friends getting the free version. Can someone get me a recap on what has happened the last year and specifically what continental coins are.