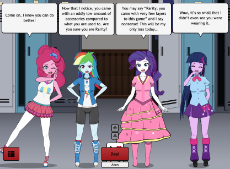 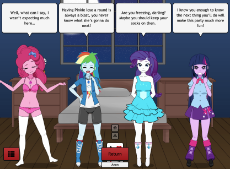 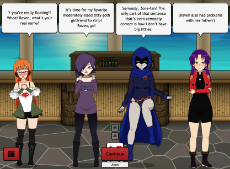 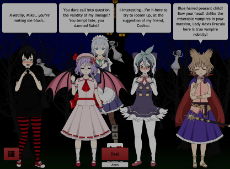 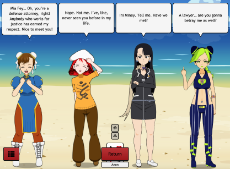 Strip Poker Night at the Inventory
Anonymous
Sat, 11 Jan 2020 09:21:35 GMT
3z2sl
?
No.122198
122199
[View All] [Last 50 Posts] [Last 200 Posts]
There is an open-source lewd flash game that is quite fun to play. "Strip Poker Night at the Inventory" is exactly what it says on the tin: it is a spoof of Telltale's classic "Poker Night at the Inventory" and features all types of anime characters playing strip poker. I found about it by chance on DB as there were screenshots of Rarity (somehow alone). MLP has a strong presence in the game thanks to such contributors as HorseCatDraws and Tavi959, with Rarity being the latest addition to the "main roster" as she was added a couple of months ago. Twilight and Pinkie Pie have been present for a few months longer and Rainbow Dash is currently in testing (you can play against her in the "testing presets" section). Thus there's high promise to eventually being able to play against every member of the Mane 6, even if they're >no hooves. You can try out the game at https://spnati.net/# 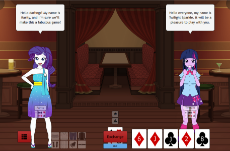 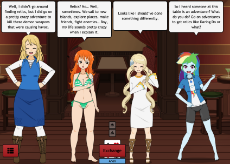 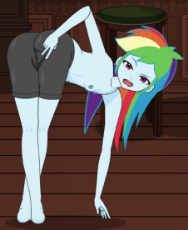