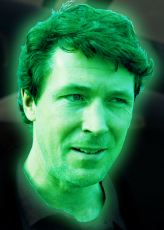 The Finders and McMartin Case
Anonymous
Mon, 04 Nov 2019 15:37:25 GMT
AwXcO
?
No.119265
119266 119559 121622
[Last 50 Posts] [Last 100 Posts] [Last 200 Posts]
I watched Metokur's latest streams and some disturbing information has come to light on child sex cults. Apparently in the 1980's (potentially all the way back to '69) members belonging to a group called "the Finders" were arrested by local police (at different times) in Florida, Virginia, and D.C. on suspicion of child trafficking. Said children in Florida were "being taken to a gifted school" in Mexico despite being disheveled, malnourished, being completely unaware of technology, and apparently molested. A large collection of computers and cassette tapes containing pictures of nude children were in one of the vans. Most alarmingly, the Tallahassee police department received anonymous calls threatening to kill the children, who were then moved into protective custody. After a few days the various police departments moved the case to be handled by the FBI; predictably, evidence disappeared, the case was closed, and the children were given to people claiming to be their parents (part of the cult).