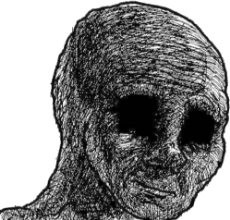 Advice for Helping a Rape Victim
Anonymous
Thu, 28 Oct 2021 20:00:33 GMT
bb87f3c
?
No.4482
4483 4484 4485 4487 4489 4491 4492 4493 4495
[Last 50 Posts] [Last 100 Posts] [Last 200 Posts]
A few weeks ago a friend of mine was using a Dicksword app which would connect you with a random person from a random server, not unlike Omegle minus video chat. He got in contact with a girl who immediately seemed a bit peculiar. She was clearly depressed, had suicidal thoughts and was engaged in self-harm, even though she's only 15. Unlike typical teenage girls this had a basis behind it.
After a bit of prodding she opened up and told my friend that she had recently been raped this July by her then-boyfriend (similar age). He is still out and about, and this put her on a serious downward spiral since she had only just started to recover after having been raped two years earlier when she was 13, by her friend's father. Later, it was learned she had been molested even earlier at age 12 by her older brother. The only justice that has come from this is prosecution against her friend's father which is still ongoing and is having a psychological toll on her. Her brother still lives down the street and she has not pressed charges against her last rapist.
You would think that with how messed up this is she lives in a Latin American country like El Salvador or Los Angeles. No, she's white and lives in a >90% white small midwest city. To make matters worse, she is harangued by her parents for her failing grades as she's obviously incapable of committing to her schoolwork, and she has not received therapy. Her "friends" pretend to offer sympathy but have given no real support. The boys at her school also are more open about taking passes at her, which they feel less guilty about since she's already damaged goods. Basically she's cursed with this repeated trauma and nobody gives a damn.
She often has suicidal thoughts or contemplates murdering her brother who started this life of sorrow. She also engages in self-harm and last month cut open her thigh. However, she has since improved somewhat as my friend has provided moral support, advice and encouragement. Make no mistake though, it's an unhealthy emotional dependence on him since she's not getting help anywhere else. Neither him nor my friend are anywhere close to her town so she's still essentially on her own.

What are some things we can do, or what advice can we offer, that can possibly help or get her to seek help in the right channels? This would be a case that's difficult for a professional therapist, but my friend has done an admirable job in providing what little help he can. 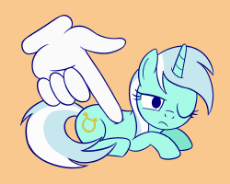 >>4482
Call the rape hotline. Second get a fucking lawer, she's underage presumably that means it's a clear cut case. For both instances. Ideally it would have been immediately.
Second psychiatric help is recommended if the psychologist (talking/psychiatrist (talking and drugs).
Time is ticking. Tick fucking tock. Abuse the fact she's not a legal adult (depending on state) and hammer.

Fastest way to get help is fucking talk about and seeking action asap. Sucks to be a helpless tween ager, but the gal just got fucked over so suck it up and fuck them over and fuck 'em over again by being recovering.
Oh yeah the suicide thing call the suicide hotline.
They all have inroads with each other, expecting mentally impaired youngsters to make good deductions/decisions constantly is dumb.

>>4482
>>4486
Oh yeah make sure to also support your friend too, support networks are there for everyone in the process so there is a strong bond that can with stand adversity from all sides including mental and the stresses.
Anonymous
Thu, 28 Oct 2021 21:08:51 GMT
148c1b2
?
No.4494
4496
>>4487
>>4491
Thanks for the tips. The hardest thing about getting help for someone mentally/emotionally damaged is his/her unwillingness to get help. I've known someone with schizophrenia and it took months to just get him to tell his parents, but that's not as severe a case.

>>4492
The sad thing is that strangers on the internet can hardly do anything worse than what she has gone through, and she knows it. It will be a long time before she can live a more-or-less normal life. I'm proud of my friend though, he'll probably make a half-decent therapist one day.
Anonymous
Thu, 28 Oct 2021 21:11:49 GMT
776ad0f
?
No.4495
4496
>>4482
>she lives in a Latin American country like El Salvador or Los Angeles
Child molesters and rapist in Latin American jails are treated as the lowest of low so get her to press charges. Even if they only get a light sentence their time in jail/prison will feel like a lifetime. Also make sure the other inmates knows why they are sent to jail/prison namely for rape of a child without giving specifics.
No one will blame her for what happened to her or think less of her for telling her story. Because she is underage the court system should have protections in place to keep her exposure as litte as possible. Potential video recorded statements from her where she tells what happened should be able to be put in evidence without her having to take the stand and be exposed to cross exam (but I don't know how it works in the country she is in). She will then only have to tell her side once in a safe environment with a phycologist that has training in these kind of cases. Just be sure to tell her there most likely is (I would guess guaranteed) protections put in place to make a trial as untraumatic for her as possible, even if it will be hard on her.
The hard part will be to tell the story to the phycologist that she know will be used as evidence, but once that is done I think she will feel better. It will not be a trauma she has to carry around alone but will be a burden that the system has to carry for her and work to get justice for. Keeping it to her self will be a much heavier burden to carry because she will be alone.

Contacting rape or sexual abuse hotlines is a good start. Or if she is member of a church getting help from someone there that she trust can also be good. Having someone else to do the searching for where to go is a good thing. They will be able to say "I know someone who has..." without having to relive the trauma every time or going into detail. There is probably a few places that needs to be contacted to be steered to the correct starting point for her.
But getting an appointment with an phycologist/therapist even for just one session is a very good starting point. Having someone to really talk to without fear will be the best thing for her. I have no doubt the phycologist/therapist will work for and with her to find the right place and there is a chanse they already know who or where to go. And if the phycologist/therapist is good he/she can be with her the whole time including going with her to appointments with authorities to file her case.
Anonymous
Thu, 28 Oct 2021 21:21:22 GMT
815d2d8
?
No.4496
>>4495
>USA MID-WEST CITY
One whisper of Chomos to prisoners... and well that's not the legal way of spreading news in a way that actively helps.
Those are good points however.
>>4494
That's true. To an extent.
>can hardly do anything worse than what she has gone through,
Crazies live on the internet too and will do terrible awful things. Dicksword would probably push to have her into an abusive cult relationship.
Malicious cunts would push her to suicide or mentally violate.
Glow niggers would use it as a statistic or a means to an end.
So by and large she lucked out (the whole meeting your friend thing, and not the whole everything else bit), sure those people are in the minority but it is a distinct possibility.
[Last 50 Posts] [Last 100 Posts] [Last 200 Posts]
13 replies |  5 files |  4 UUIDs |  Page 4
[Go to top] [Return] [Catalog] [Reload] [Archive] [Update] ( Auto)