https://www.youtube.com/watch?v=kK6Yl_QiGTU
"Good Gong Fu isn't pretty, and Pretty Gong Fu isn't good."
Sorry for the jewtube dump, but he has some interesting things to say, and video instructions for different arts. Everything is about solid fundamentals.

Jujitsu from what I've heard turns strength based fights into skill, and manipulation of the other person's body. To get a choke hold either of blood or air.
It's one vs one to safely take a target down without injury to them.
Anonymous
Fri, 10 Jul 2020 03:52:51 GMT
0b4e5f5
?
No.2626
https://www.youtube.com/watch?v=mFRK6PZniN0
https://www.youtube.com/watch?v=eIp6B5zAfNE
https://www.youtube.com/watch?v=aTY8lcPIbUY
Anonymous
Sun, 12 Jul 2020 02:32:26 GMT
961586b
?
No.2632
2633
>>2625
It's kind of cartoonish how physical strength really does positively correlate with right-wing beliefs.
I thought that was just a joke at first since most lefties are weak spineless cucks, but there's truth to it.
Some of them actually say shit like "Let's not train, becoming strong might make us right-wing". Even though groups like The Haymaker Collective are funded by Soros to train them in the "Art" of suckerpunching, attacking the helpless, playing the victim, doing terrorism, and other lefty things.
It makes me wonder if I'll get any more based after I get buffer. I already hate jews and blacks and globalists and any non-white government, I already dream of a fully-white world and white space empire, how could I get any more based?
Anyway thanks for the links, these are really good things.
I wish I had something good to give back, but all I have for now is this https://www.youtube.com/watch?v=DsY_z3Dm6YQ bullshido video.
Anonymous
Sun, 12 Jul 2020 04:07:36 GMT
0b4e5f5
?
No.2633
2638
>>2632
Well... I've seen some magic tricks done better than that. Although that is funny.
This is more self defense than MMA. Although it is Brazilian Jujitsu. For using clothing against an attacker.

Well how are you doing it? Is it being done correctly? Are you asking/demanding in the right way?
>>>/vx/98688 →
If you pray that you'll be a kung fu master in ten minutes. That's a tall order. The sooner you demand something to be done the more weird shit has to happen to fulfill it usually not in the way you'll like sometimes. You might do that magic, then after loads of practice one day maybe after years you'll be the kung fu masyer or whatever fulfilling the conditions.
Protection done right, and they don't even know they're in the battle to begin with. Little happenings such as traffic, or car crashes, or slipping on stairs to break their head open.
In the heat of the moment magicing a way to do what is needed to win fully intact, one might find that you're just a little faster a bit more exact. That the foe is doing all the wrong things, or isn't that skilled, or they fuck up.
It's attacking on different dimentions so that the physical is not in peak condition.
Or trying to break their will with words, and physical force.
Anonymous
Thu, 16 Jul 2020 20:17:20 GMT
961586b
?
No.2640
2641
>>2639
I'll think about this magic stuff and work on it. 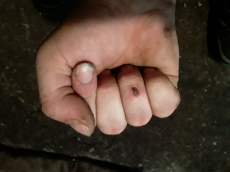 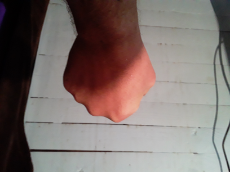 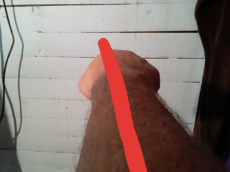 >>2640
I've got a method for punches, based off several works most notably Bruce Lee. When you start a punch, both in practice and in duress, your hand should remain open. It is only JUST before striking that the striking fisht/hand/w/e should become rigid. Otherwise it should be fluid.
When one forms a fist, they should angle the fingers both to increase the applicable force pressure, and to prevent from breaking fingers. The best posture I'm aware of involves extending the forefinger inside the fist. Pic related.
This form will allow the user to direct the force applied through the arm quite directly and precisely. Pic 2 shows the extended arm but the fist curled back to give reference. Pic 3 I hope sufficiently displays the punch in perspective. I forget which bone but you can see how the force is directed through the arm bone which connects along the first carpal? Metacarpal?
It causes the bones in the arm, wrist, and hand to line up,making the force applied very direct and precise
Anonymous
Sat, 18 Jul 2020 14:31:07 GMT
961586b
?
No.2642
2643
How do I get the footwork right? How do I bob and weave like a champ?
Anonymous
Sat, 18 Jul 2020 14:44:17 GMT
d56a259
?
No.2643
2644
>>2642
Years of training/beatings. Theres no shortcuts
Anonymous
Sat, 18 Jul 2020 23:54:49 GMT
961586b
?
No.2644
2646
>>2643
Ok. What are your favourite pictures of boxers?
Anonymous
Sun, 19 Jul 2020 01:58:09 GMT
72e295a
?
No.2646
2667
>>2644
Only the ones who beat newfaggots like Nigel to a pulp for being insufferable spoonfeed fags who think that their every whim can/should be met by unassociated and uninterested bystanders.

Doing this with bare hands is something that even a Stone Age caveman with a stone warclub would have laughed at.

The worst thing about martial arts generally--I use the term to subsume boxing, savate, MMA, wrestling, and all the Eastern methods--is that they inculcate a mindset of two things that will absolutely get your ass killed on the street: that the fight is only going to be one on one, and that there are rules.

When Dayshawn decides to pop the honkey one from behind, and the Blue-Eye Devil starts to get the best of him, he's not going to follow rules. He's not going to tap his gloves to yours after the ref's decision and say "good fight." He's going to pull a knife or a gun. And he's not going to have to turn his head and yell over his shoulder "hey homeboys, little help?" because there's already going to be a dozen or more of them tap-dancing on your face while you try to apply that neat submission hold Sifu taught you back in the kwoon while you were getting that Purple Belt.

If you're not carrying a gun, you're just LARPing.
Anonymous
Mon, 20 Jul 2020 00:34:02 GMT
0b4e5f5
?
No.2649
2668
>>2647
>shoot the bastard until he stops coming.
Yep! Using the best specialized tools available is always preferred.
More options, and a higher ability to do the things needed. It also means training in the use of the tool. All of them, and that induces you.
>that the fight is only going to be one on one, and that there are rules.
Fake punk ass martial arts do that, even some with good intentions.
It all boils down to two things.
How do I make things worse for the opponent(s)?
And how do I make things better for myself (and possibly allies)?
>because there's already going to be a dozen or more of them tap-dancing on your face while you try to apply that neat submission hold Sifu taught you back in the kwoon while you were getting that Purple Belt.
Mhmm. If you haven't already won before the conflict even had a hint of starting, you probably have lost.
You need to be intelligently ruthless. Have it honed into your very being.

In the worst situation, having your body on you at all times as your weapon is good. Better than not having anything.
The first thing is to attain better tools needed, a way out, or a way to your allies.
Tools of war are a force multiplier. A really big force multiplier.

>For dozens of foes
I'd recommend Bagua. Basicly turning your body into an imitation of a tank. Also walking better is always nice. Having your hips assist is cool.
Also cheat and use the environment to your advantage.
>Armed dozens of foes
GTFO, and don't let them get their attention on you.

Speaking of running away in style parkour or free running opens up more escape options, and options of entry.
Anonymous
Mon, 27 Jul 2020 03:13:15 GMT
961586b
?
No.2667
>>2646
If you're on this site it's because you don't want to be an "uninterested bystander" when it comes to the enemy's war on truth, knowledge, and whites. This is the self-improvement board, not the "bitch about how someone else posts asking questions" board.
Forgive me for not trusting page one of google results when we've seen how far the Jewish rot has spread. Any scientific journal could claim anything as fact if the jews wanted it pushed, and we would only know it's false if someone who once saw contradictory evidence on the remote and barely-heard-of never-advertised absolutetruthprojectforwhiteamerica.net and felt like sharing it here.
Anonymous
Mon, 27 Jul 2020 03:19:27 GMT
961586b
?
No.2668
2670
>>2647
>>2649
True. Fuck niggers.
Have you seen that "Swarm" video where some niggers stop and rob an Amazon delivery van, and every nigger that sees this is spontaneously overcome with the urge to join in and steal?
It's like two crowds crossing each other's paths on the street, or schools of fish in its spontaneously synchronicity.
And it all starts because a white man carrying precious cargo wasn't willing to floor it when niggers got in front of him.
One white woman used to getting her way with yelling gets the attention of niggers and tries to snap them out of it, only to end up with the nigger stealing her purse so hard it sends her head to the concrete.
A white man helps her up.
I think there was a third woman
And then three whites, bewildered by this alien behaviour, end up huddled together in stunned silence.
This is the world. America. Full of thieving niggers whose very blood begs them to steal. They don't care that their faces are uncovered. Some even get back into their fucking cars in traffic.
Anonymous
Mon, 27 Jul 2020 04:34:36 GMT
0b4e5f5
?
No.2670
2679
>>2668
Yeah, I'm... slightly how should I say it...
Fired up, so to speak. I wouldn't have minded a...
I'm just low on empathy or sympathy for those niggers.

So the thread. The useful thing to know in everyday life, is if you drive a car, and some fuckwad really rams into you...
You need to know how to survive that. Drunks survive more often, because they are loose and flexible. That flexibility, and fluidness is something that can be trained.
Cars are scary, and should be respected.
Drunken boxing can help with breaking down structure to find power is bizarre places. 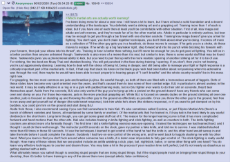