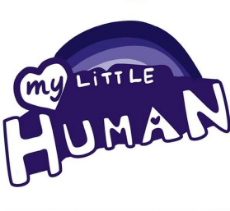 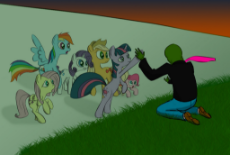 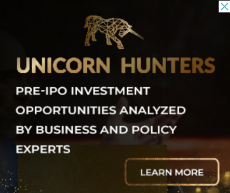 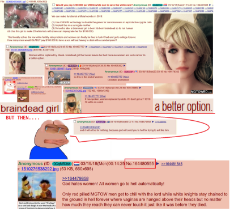 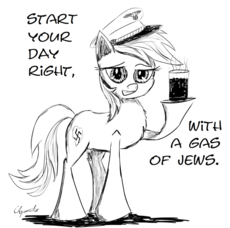 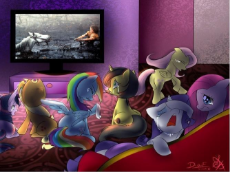 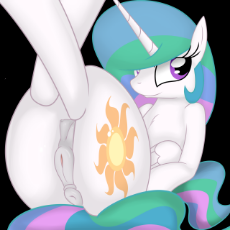 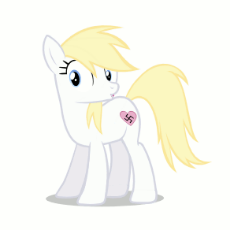 >>317141
Oh no, ponies calling me bad names whatever will I do?
If only that was the start and end of the troubles, but that's not the case.
>Systematically being pushed out of house and home
>Money redistribution
>Legal pariah regardless
>All forms of harm on me based on appearance are accepted
>Communication is barred
>Any moment everything is gone
>In the future everything will be gone definitely
>Especially everypony
>Opportunity is strangled
>Voting is reaching far past banana republic
>almost Nopony cares
>Crime is skyrocketing
>Civilization of my forefathers and foremothers is being murdered
>Death is assured
>Doom is assured
>Slavery is around the corner for everypony after me
>All information is buried so more time and effort to find it is required
>Soon it just won't be there, and more garbage information fills its place
>All medicine will be discontinued
>Except to keep them under control
>All trade is being destroyed
>Information wars to break, minds, hearts, and spirits is constant and relentless
>The crimes against ponies are almost innumerable and they are increasing faster and faster
>Abductions happen any time and any place
>Any time being pinned for anything
>and more 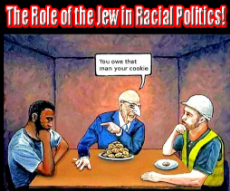 >>317168
Are you illiterate?
Read this >>317158
>Because you could get into social or legal trouble.
VS
<ALL the trouble is coming.
All the trouble includes and is not limited to what you posted. It keeps going.
Added on top just lightly enough is you smearing good names with others not even remotely related, with actions that arn't even their own, with ways of thinking that are of your delusions, including a deep inability to self reflect.
That could be worked on, because I'd like to have less trouble and more solutions.
Anonymous
Fri, 20 Aug 2021 05:11:47 GMT
No.317281
>>317183
><ALL the trouble is coming.
What exactly do you mean? Are you supporting Sombra’s decision for whatever reason?
Anonymous
Sat, 21 Aug 2021 07:47:53 GMT
No.317452
317453 318165
Seriously, what’s with all of the antisemitism here? 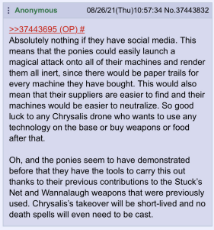 And didn’t Sombra, especially when PM Hoofler was in charge, hate Jews, Ponylanders, Yaks, Griffons, Zebras, Earth ponies, political dissidents, etc.? No offense, but using such language may make people think you support Sombra- and Hoofler-era policies of treating these people as second-class citizens, using them as slaves to support the lavish lifestyles of the ruling class, and rounding them up into labor and extermination camps.

I’m sorry if I got off on a tangent there, but my mother is a social worker who used to see victims of such atrocities as clients and I also have numerous friends who are Jewish, Ponylandish, Zebras, Griffons, and Earth ponies, all of whom would have died at Sombra’s and Hoofler’s hooves.
Anonymous
Fri, 27 Aug 2021 12:41:05 GMT
No.318079
318081
>>318075
Hoofler did nothing wrong
Anonymous
Fri, 27 Aug 2021 15:32:43 GMT
No.318081
318082
>>318079
Try telling that to the clients my mother saw and my friends who would have died at her hooves. Try going to any of the former USSK countries, Griffonia, Zebrica, or the Crystal Empire and saying that out loud. At least one creature whom you meat will most certainly try to tackle you and beat you up if you don’t spend the next few years of your life in jail.
>inb4 “But da jooz fabricated this giant conspiracy and hold all of the power!”
We know it happened because the Allies made Sombra promise to stop performing such actions as a condition of his surrender. The only reason why they didn’t just devastate the place was because of the harsh winter weather, but they all managed to retake what was stolen from them. 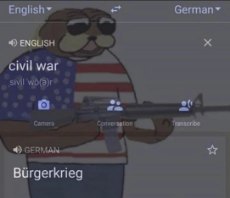 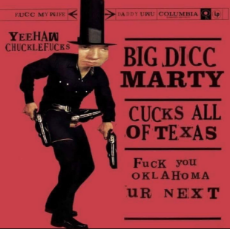 In addition, the Allies, in their conquest and negotiation, were able to get Hoofler out of office because she killed herself in the bathroom and NSKAP was abolished and made illegal because of them. Do you ever wonder why the Crystal Empire’s neighbors all have such strong fortifications along their borders and why militarism was so prevalent in the USSK and Griffonstone? I mean, why is Griffonstone Station not in Griffonstone and why was the wall around Yakyakistan’s capital and border city rebuilt? The armies of the world have since developed arctic uniforms that can protect them and could easily invade at any time.
>There's special threads for that kind of fan fiction.
So just who carried the Ten Commandments down from Mount Sidesaddle and freed the slaves under the then-Pharaoh of Saddle Arabia? Why were there ceremonies for the investiture and the coronation of Princess Twilight? And just who were the Tribe of Jodhpurs after which these people were named, who established themselves following their split from Shetland’s kingdom? We see many parallels in the MLH-verse. Some people are even calling Princess Twilight the Messiah after what she’s done so far already.
Anonymous
Fri, 27 Aug 2021 23:59:46 GMT
No.318104
318107
File (hide): B336A7AE6A965C37DAE9FE97E688413F-186811.png (182.4 KB, 499x600, 1B4CADF7-0DF2-4282-AD2D-01CE990DC33E.png)
[Bing] [wait] [Tineye] [Yandex] 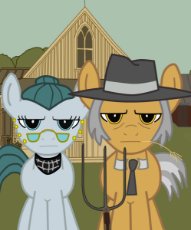 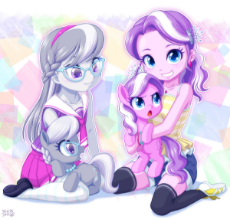 >>317452
>And why do the antisemites want to post porn... of us, even? What’s so attractive about 2dpd, anyway?
Don’t deny it, Anon. 2dpd is just as cute as humans are.
Anonymous
Sat, 28 Aug 2021 13:18:59 GMT
No.318172
318177
>>318139
Who taught you magic? Truth spells would be useless if anyone could be spelled into THINKING something untrue is true.
Anonymous
Sat, 28 Aug 2021 16:21:29 GMT
No.318177
318178
>>318172
A truth spell works the same way as getting drunk or high would: it relaxes the brain’s inhibitions and forces one to speak what one believes is true in one’s subconscious. If someone’s mind were given enough information to know the absolute truth and absolutely everything, one would probably collapse from shock if one’s brain didn’t form so many synaptic connections that it became so heavy that it turned into a black hole.

And various people have taught me magic, including, but not limited to, the Princesses and a ram-horse-lizard hybrid creature named Discord, who have all somehow shown up in my dreams, but none of them taught me about coping with an inability to use it on planes, etc., though I rarely fly on planes anymore. But people such as a Pegasus from the Navy named Rainbow Dash have appeared in my dreams and taught me about self-propelled flight and sonic rainbooms before, but I’m not sure whether I could muster the energy to fly myself long distances. I don’t have the wings that Pegasi have, but the lessons somehow still worked.
[Reply] [Last 50 Posts] [Last 100 Posts] [Last 200 Posts]