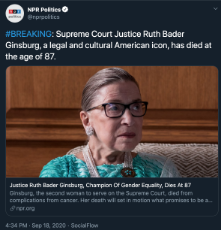 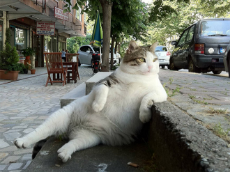 >>282960
I think the rhetoric will intensify and the show will be fun but ultimately I don't think there will be replacement until after the election. I know this going to sound absolutely autistic but that scenario will help republicans more than democrats.

1. in 2016 if the democrats had won they would have taken control of the court. Scalia had died and if HRC won they would have installed Merrick Garland, giving them a 6-3 advantage. all of the same people who are wailing now were wailing and moaning then, begging mad bernie bros, blacks and hispanic to get out and vote. well as the final results showed they didn't. the voters that actually care about abortion are going to vote democrat anyway. these people are largely feminists and the left's equivalent of the Westborough Baptist Church, insane Bible Thumpers. have you seen them on social media lately? threatening civil war if they don't have their way, threatening Mitch McConnell and all sorts of insane shit. they're acting like absolute maniacs and the media will follow suit.
this is all great for the GOP because to a normal non partisan person, feminist behavior is absolutely repugnant. when feminists chimp out like that it's more off putting than anything, the left either can't admit this or they honestly can't perceive how others view them. so I view that as a net gain for the GOP. the GOP senators in more moderate seats can easily triangulate between the crazy feminists calling for blood if they don't get their way and the far right demanding a vote immediately.

2. on the left the feminists are firmly on the left but pro life Christians are firmly republican. sure they'll get out and vote when their issue is on the line but there are a lot of cuckservative Christians who only voted Trump for the SCOTUS in 2016. the chimp outs didn't effect them and they took a more conciliatory tone with BLM, now they have to hold their noise and vote GOP because total victory is within their grasp.
>think of all the unborn lives you will be saving!

Trump may even nominate someone like Amy Barrett. imagine how insanely vicious the media and liberals in general will be. they'll savage her and look like complete monsters for all America to see. it's one thing to savage Kavanaugh but doing it to an upstanding Christian woman is another. the optics will be terrible but they'll have no choice but to throw everything at her. losing the Court is something they can't allow. I know Roberts is a "conservative" but he's compromised and everybody knows it. a genuine conservative court will absolutely destroy their lawfare. they'll be absolutely broken.

this is all on the assumption that the GOP will win. with recent developments in Pennsylvania and Michigan the fix may be in and if that's the case the GOP may want to shove through a conservative judge. 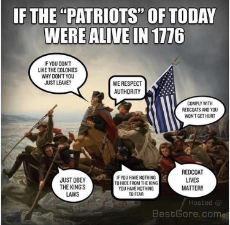 civil war? I really don't think so. you seriously can't see the dialectic being played out? we already live in a de facto police state, yeah let's trade a mostly benign police state for an overtly authoritarian one and cause an actual uprising. what sense does that make??

think about that objectively for a moment? who wins in a civil war. certainly not the Jews, certainly not business, not finance nor MIC. literally no element in the deep state benefits from it. this isn't like WW2 where the US displaced the UK. there are no other rising stars in the current climate
China?
wrong, they are enterly dependent on exports they wouldn't want to destroy their #1 source of income. the US is the only developed nation with a stable consumption demographic. China doesn't have that thanks to the One Child policy. the EU has a terminal demography and would need 250 million refugees just to sustain. December 2019 was the best the EU economy will be in a generation, it's all downhill from here.
so who wants to destroy what will be the only safe place on earth for sophisticated capital? the economy and MIC are inexorably linked, why would they want to destroy it?
you're not dealing with irrational and unsophisticated people, these people have their shit together.

in all likelihood what we are witnessing is a controlled burn. all the loony toon identitarians on the left are being flushed out rounding up and ultimately defanged, if you think the Wall Street wing of the democratic party likes AOC you'd be mistaken. the ideology of the far left will be akin to National Socialism on the right. they'll have a nice little box around their ideology and it will be just as forbidden. what the people in power want more than anything is stability and to bring back legitimacy in the government. all of those insane anti police DAs are being set up to be taken down.

the new party alignment will be neolib/neocon vs civnats. that's what they want and that's what will happen.
Anonymous
Sun, 20 Sep 2020 07:32:45 GMT
37d40b7
?
No.283162
283173
>>283159
>yeah let's trade a mostly benign police state for an overtly authoritarian one and cause an actual uprising
If it is for medical reasons, people already gave up all rights.
We're already in a overt police state with the collective house arrest because of a fake virus. People accepted it without a doubt, because the TV said so; and of course, "everybody" agreed that a lot people were dying, even when absolutely no one saw anyone known sick or dead. So, I really doubt about an uprising.
Lemmings 101.
Anonymous
Sun, 20 Sep 2020 13:38:39 GMT
ae3f57a
?
No.283173
283213
>>283162
I think that was cover for the US pulling out the empire it created. the US is rapidly decoupling from China and the virus gives the government excuse to hand out money to cover the expense all in the name of securing vital supply chains.
take a look at the American Foundries Act of 2020, 100% about producing semiconductors and other microelectronics in the US. this is drafted by Chuck Schumer and Tom Cotton. odd bedfellows but the virus allows it
https://archive.fo/08CRB

the virus also allowed for the Federal Reserve essentially being rolled into the Treasury.
https://finance.yahoo.com/news/feds-cure-risks-being-worse-110052807.html

I wouldn't say the virus is fake. I don't know anybody personally with it but I have friends who work in the healthcare industry and this is what they tell me. for most people covid is nothing for the healthy, for those who do get sick you're sick for a few weeks. most people recover, the people who die are generally sick and elderly or morbidly obese with many other conditions. I've read some studies saying at least half of the population has probably already had it, completely unknowing.

but the virus gives the government license to spend an insane amount of money to further the science of mRNA technology and build out vaccination infrastructure and technology.

the news is hyping the mRNA vaccines but I think they will ultimately fail, however it isn't about whether they work or not, it's about progressing the technology. Operation Warp Speed has progressed mRNA technology decades, mass and multiple trials will help them work out the kinks for what I believe is the real purpose, using mRNA technology to extend human telomeres, essentially life extension technology. this study doesn't mention that application but it doesn't take much imagination to see other applications for it.
https://www.ncbi.nlm.nih.gov/pmc/articles/PMC4415018/

vaccination infrastructure is key in the geopolitical multipolar world we're going into. you have the US government dumping billions into and so is the Gates Foundation (probably using government money) my money is on a vaccine from Vaxart, which is the only oral tablet vaccine. interesting they are receiving funding from Gates and the Government. many Christians will never take the microneedle patch method because they think they're being chipped, ie market of the beast but everybody will take a pill. also pills are self stable, easy and cheap to manufacture, easy to stockpile. I see it being a rapid deployment system for any potention biological attacks in the future.
>the collective house arrest
maybe in highly urbanized areas but that isn't the whole of the US. I live in a smallish city like 100k and things are practically normal. no chimp outs, minimal protests, no real lockdown. most people wear masks when they go into a store but that's about it. hardly anybody is wearing them when they're outside. 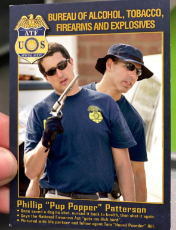 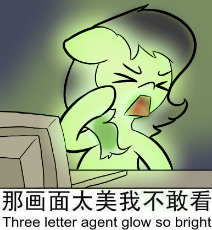 >>283213
Anonymous
Mon, 21 Sep 2020 06:21:53 GMT
ae3f57a
?
No.283249
283259
>>283181
I guess it depends on where you live. if you're a rancher out west they might be more of a problem.
>>283213
I wouldn't say there is any one person. I follow a lot of people I don't exactly agree with. I get a lot of my info from financial and geopolitical guys mostly. Real Vision, Kyle Bass, Raoul Pal, Nassim Taleb, Luke Gromen and Brent Johnson. Geopolitics mostly Ian Bremmer, George Friedman and Peter Zeihan. I think I'm probably more influenced by John Mearsheimer but he isn't on twitter. George Friedman isn't exactly either but Geopolitical futures pumps out stuff.
/pol/, /biz/, here and to some extent r/wallstreetbets kind of fills in the rest. I think it's really all about building a framework of how you see the world and filling it in, of course filtering out the noise and the biases people have.
Anonymous
Mon, 21 Sep 2020 09:10:25 GMT
fb08b3c
?
No.283259
>>283218
>I'm a schizo.