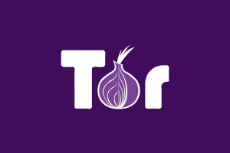 Deep Web Exploration/Raid?
Anonymous
Tue, 29 Jan 2019 20:56:18 GMT
No.883
[Last 50 Posts] [Last 100 Posts] [Last 200 Posts]
See the title. We should totally use this newly revived board to spark interest in the deep web, alternative tech, etc., just like what had happened around a year ago with archiving and DIY. At work right now but I'm gonna be downloading TOR onto this laptop and spending a bit exploring.

I wouldn't advocate for illegal activity, but just post whatever interests you or you think would be fun to visit as a board. I bet we could shake a forum or two up at the very least, eh?

Sorry for abandoning. Lots of life stuff, a fresh new bottle of whiskey, and a few other home modifications kept me away. So far I have a few sites relevant to our interests, mostly chans and forums.

http://76qugh5bey5gum7l.onion/
A nice place to listen to musics while browsing. I like Deep Banjo, Anonny Jazz, Deep Space One, Groove Salad, and C0vertElectro.

http://hackerw6dcplg3ej.onion/
Er...I don't know exactly what's wrong but on my end I get an infinite string of "anti-flood" captcha prompts. Not sure if the site's broken and the books on hacking/opsec are gone, or if this is a test of some kind. If anyone else gets in, let me know because I would love to learn the way of the grey hat/white hat.

http://inclibuql666c5c4.onion/
A collection of politically incorrect literature in a load of languages. From what I hear on the grapevine, there's over a thousand natsoc works. Pretty noice find, eh?

http://answerszuvs3gg2l64e6hmnryudl5zgrmwm3vh65hzszdghblddvfiqd.onion/
A Yahoo Answers style site on the Tor service, in case you want to flood them with newbie questions lmao

Sidenote: if you want to sign up for a forum or site like the above, use an anonymous email service. No GMail or Yahoo or AOL. ProtonMail is a good start, but I personally prefer cock.li, SIGAINT, VFEMail, or Lelantos. Each of them are easy enough to find for yourself using DuckDuckGo. Just remember that without personal encryption keys and such, you are at the whims of the email provider, who could be anything from an FBI agent to a scammer to a NordVPN style snake who's willing to sell or give away your metadata. Trust no one until you are certain of their efficacy.

A sidenote: using a VPN on top of Tor is both a good and bad thing, depending on the number of people using both. For instance, let's say 20,000 people use ExpressVPN and 100,000 use Tor at the same time, but the overlap is only a few dozen. That narrows the search for a prospecting narc to hunt your IP down to a few hours of checking sites you frequent using these services. 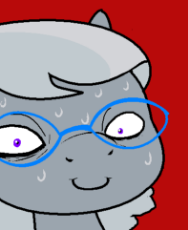 I never really trusted TOR and its "untracability", but considering not everyone is a part of the bog gov't, that can be more than enough for guaranteeing an user's anonymity.

Anecdotal, sure but I spent a while wondering "How" recently.

If you think you're safe using TOR browser, posting or finding info or dissident stuff, evading some bans, having different accounts for whatever reason and not getting them linked or because your DSL comes with a static IP and now browsers and OSes are like sponges that will get you identified, hacking or anything, remain skeptic.

Elite proxies and other things like that are a thing of the past. Only good to maybe override a regional block on some shit site. For most websites you should be fine with TOR, or I believe so. But I never expected that from a site we know well, one of the admins knew how to do it. And he did it!

Imagine, I make a trolling account on a /pol/ forum. Register the email adress from a proxy in Germany on a PC I just connected on the internet. My network of course, behind a NAT router blocking what should be blocked.

It's running LinuxMint 19 64bit, XFCE, all up-to-date, apt-get the TOR package and all run smoothly, last version installed, and I think it's safe, let's try this out, since my customer wanted something safe.
>Shitpost in the aforementioned horse-politics forum, and the next day, get caught. «samefag!»
With hundred of users on this place at once, it can't be a wild guess, and go through a long process of repeating the experiment, finding what leaked.

2017 already there was a secu fault since a simple file:// could identify your machine. Even with a minimal lot of scripts loaded I wonder how this could have been possible. I repeated the process checking what most can do, with nothing relevant so far.

I'm not bragging anywhere, not on IRC or Discord about that troll account or even suggested its existence, which would leak. My wildest guess would be on the metadata from uploading an avatar for my guy, that could carry a signature of some kind, but that again is unlikely.
TBH, It was worth being banned from that site for this, afteall it's just a game but gets intresting.

Of course the admin could have lied and said ( On IRC, which I jumped in immediately, to claim my purity and play the poor innocent guy)
«Just kidding, I trolled you, it was random and indeed without proof, should've lift the ban you can move on, don't pay attention keep posting!» while not telling me he knew it was me. Or
«I recognized your style and punctuation and based a wild guess and baited you to admit and it worked.»
which would be a bold assume, and doesn't ressembles the guy, but since he mentioned cash,
«I know You're this Mote guy shitposting as that antifa on crack using TOR.»

And evasively hinted that yes, he made it. He tracked my original IP or managed to identify me over TOR, noscript, but this guy knows an exploit or security fault, and of course, he's using it.

Of course it's my abuse of trust, even small - wouldn't leak anything huge without at least using a throwaway phone with a free demo sim card with a few megs of data. But I could have used a random phone, or dumpster laptop on gentoo in a public wifi, a café, supermarket's or even spoofing my location.
Because even if you jump on the neighbor's wifi, a simple peek at the whois will reveal your location, and now on a small city, that's just begging for the wild guess/intuition, You should appear really at two different locations - home, no proxy or anything weird - and your troll, far away from there. Which you can get done with Tor.

You should NOT trust something that pretends to be safe, even with SSL and noscript, and a few stuff.

- TOR, now even maximized puts a border to reduce the workspace to a certain fake resolution, like it's a security measure that given it out, instead of suggesting a common 1920x1080 resolution.

- It does keeps the aspect ratio, a simple rule of three reveals the native resolution and hints enough on the browser to link an user to another.