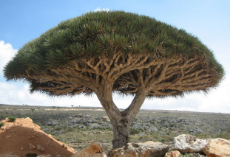 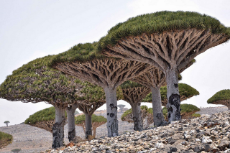 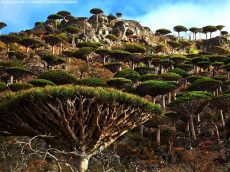 Botany Thread
Anonymous
Tue, 26 Dec 2017 00:41:31 GMT
No.808
834 1010
[Last 50 Posts] [Last 100 Posts] [Last 200 Posts]
Post some fucking plants
Pic is a dragon's blood tree (Dracaena cinnabari). They are named for the red sap that they produce and look like something out of a sci-fi movie. They are native to the socotra archipelago in Yemen.
The sap can be used for dyes, medication, lipstick, or varnish.
The densely packed crown of the tree provides shade to the trees roots and helps to prevent water from evaporating. 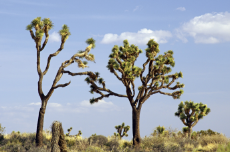 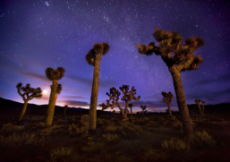 These are Joshua Trees (Yucca brevifolia). They should look very familiar if you are a fan of fallout new vegas, but they are real plants not the product of an irradiated wasteland.
https://en.wikipedia.org/wiki/Yucca_brevifolia
>The name Joshua tree was given by a group of Mormon settlers crossing the Mojave Desert in the mid-19th century. The tree's unique shape reminded them of a Biblical story in which Joshua reaches his hands up to the sky in prayer

>Joshua trees are fast growers for the desert; new seedlings may grow at an average rate of 7.6 cm (3.0 in) per year in their first ten years, then only about 3.8 cm (1.5 in) per year.[15] The trunk consists of thousands of small fibers and lacks annual growth rings, making it difficult to determine the tree's age. This tree has a top-heavy branch system, but also what has been described as a "deep and extensive" root system, with roots reaching up to 11 m (36 ft).[2] If it survives the rigors of the desert, it can live for hundreds of years; some specimens survive a thousand years. The tallest trees reach about 15 m (49 ft). New plants can grow from seed, but in some populations, new stems grow from underground rhizomes that spread out around the parent tree. 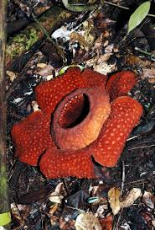 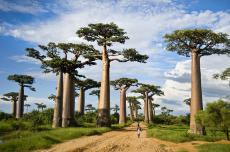 >Adansonia is a genus of deciduous trees known as baobabs. They are found in arid regions of Madagascar, mainland Africa, Arabia, and Australia. The generic name honours Michel Adanson, the French naturalist and explorer who described Adansonia digitata.[2] 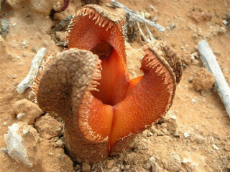 >Hydnora africana is an achlorophyllous plant in the family Hydnoraceae, native to southern Africa that is parasitic on the roots of members of the Euphorbiaceae family.[1] The plant grows underground, except for a fleshy flower that emerges above ground and emits an odor of feces to attract its natural pollinators, dung beetles and carrion beetles.[2] The flowers act as temporary traps, retaining the beetles that enter long enough for them to pick up pollen.[3] It is also called jakkalskos or jackal food. The genus name comes from the Greek word hydnon, which translates to "truffle," and the specific epithet africana means to be from Africa.[4]
Anonymous
Tue, 18 Jun 2019 04:18:24 GMT
No.954
File (hide): 99B5397F8654196A122A88C8FB527005-169364.jpg (165.4 KB, 1000x1000, 1389f446-a15d-403d-bcef-8accc2d83b28.jpg)
[Bing] [wait] [Tineye] [Yandex] 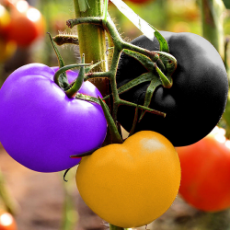 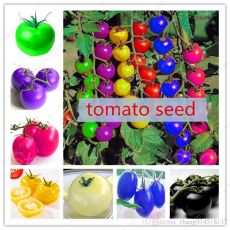 Maybe not the exact topic of the thread, but I saw a video /ourguy/ Techplant made about fake seeds which seems appropriate for /cyb/. Guess this says something about people having no connection to nature and no frame of reference with which to judge this sort of thing. 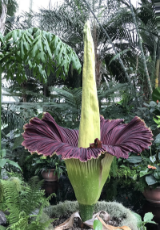 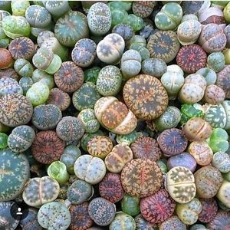 Welwitschia is a monotypic gymnosperm genus, comprising solely the distinctive Welwitschia mirabilis, endemic to the Namib desert within Namibia and Angola. The plant is commonly known simply as welwitschia in English, but the name tree tumbo is also used. It is called kharos or khurub in Nama, tweeblaarkanniedood in Afrikaans, nyanka in Damara, and onyanga in Herero. Welwitschia is the only living genus of the family Welwitschiaceae and order Welwitschiales, in the division Gnetophyta. Informal sources commonly refer to the plant as a "living fossil".
Anonymous
Tue, 13 Aug 2019 04:06:19 GMT
No.981
File (hide): 0705AEF0DE50AD69AF229CF6F19A6A50-38700.jpg (37.8 KB, 387x387, 01814_01_sunrichorangesum.jpg)
[Bing] [wait] [Tineye] [Yandex] 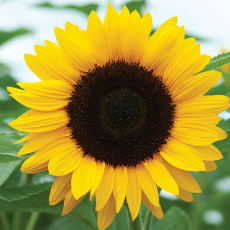 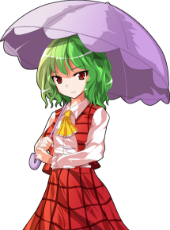 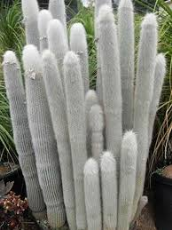 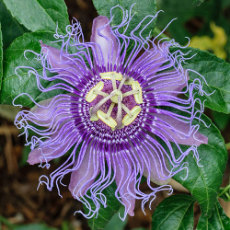 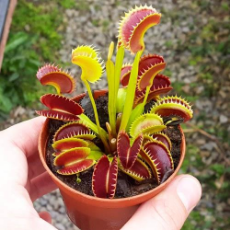 The Venus flytrap (Dionaea muscipula) is a carnivorous plant native to subtropical wetlands on the East Coast of the United States in North Carolina and South Carolina.[3] It catches its prey—chiefly insects and arachnids—with a trapping structure formed by the terminal portion of each of the plant's leaves, which is triggered by tiny hairs (called "trigger hairs" or "sensitive hairs") on their inner surfaces.
Anonymous
Tue, 24 Sep 2019 04:41:52 GMT
No.1023
File (hide): 36C0BCED675B1437B9A1EF84EE2D17F9-128803.jpg (125.8 KB, 1024x768, Baseball-Plant-Euphorbia-obesa.jpg)
[Bing] [wait] [Tineye] [Yandex] 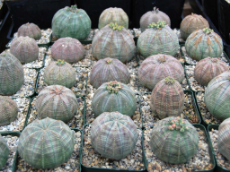 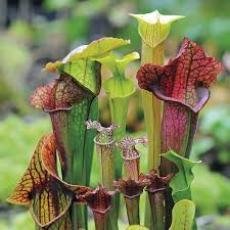 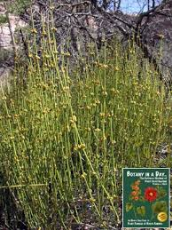 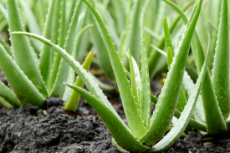 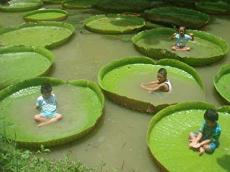 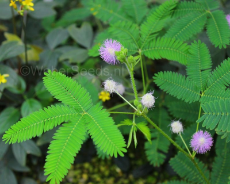