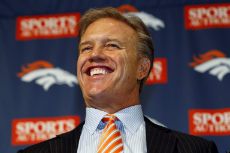 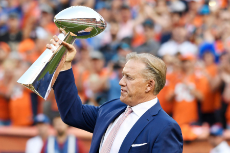 >>333
You know what goes great with board appropriation? The Denver Broncos. But you knew that already knew that didn't you? Cuz everyone knows that who isn't the Oakland Raiders, who are not Football and who's American is Europe, usually in the form of England or French.
What you may not know is that the Denver Broncos have a long history of appropriating /a/ boards beginning with the first appropriation of an /a/ board, what became rightly known as /mlpolqa/. In those days a bunch of uppity weebs had seeded their neckbeards far and wide, wibbling into their dakimakuras and drinking mountain dew code red. Then came the Denver Broncos, led by none other than the 100% Football himself, John Elway. Like vampires in the sun, like liberals after too much winning, the weebs burst into flames as their beloved Tenchi was made to consume not corndogs, but American and Football. What once was a wasteland of 2d random had become a paradise testifying to the greatness of John Elway, and the weebs did become so Football that the board was frozen in time to preserve the sanctity of Football so that all the little tykes might see it and also become Football, and their penises grew three sized that day as their faces became a little more like John Elway, who is Football. And with their enlarged penises they did butt-devastate the lingering and resisting weebs who were eventually driven back to Seattle and Oakland, from whence they came. In honor of American, and to the glory of Footbal, the Denver Broncos appropriate /a/ board to this day. Rejoice weebs! Today is the day that you too can become more Football, and also American, and if you're Football enough perhaps also a Denver Bronco which is both Football and American. Praise Football.
>t. Denver Broncos
Anonymous
Wed, 19 Sep 2018 22:20:33 GMT
No.337
File (hide): 83C14D9E17614BCC7B40150E54E2663B-609193.jpg (594.9 KB, 1088x1516, Hirohito_in_dress_uniform.jpg)
[Bing] [wait] [Tineye] [Yandex] 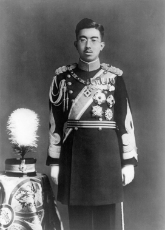 Does anyone else ever dream about wrapping their lips around Emperor Hirohito’s thick, juicy, delicious cock?

Every night I dream that I am in Japan, alone with my beautiful Emperor Senpai. I am kneeling before him, all four delicious inches of his mighty Nipponese cock buried deep inside my yeasty esophagus. Senpai thrusts deeper, and his tiny raisin-like balls slap against my chin. I giggle a little as the tip of his cock tickles the back of my throat, and he slaps me lightly on the cheek, signaling for me to stop my childish tittering and return to doing what I do best, the only thing an inferior Gaijin like me could aspire to, which is to bring pleasure to my one and only Emperor Senpai.

Senpai grabs my head and pulls me forward, grunting as he forces my mouth up and down on his shiny Nipponese member. Then with a mighty cry he makes one final thrust, and I can feel his warm gooey goodness trickling slowly down the back of my throat. It fills me up inside. It’s all I’ve been able to think about since lunchtime.

Finally he releases me, and I lean back, smiling lewdly as I lick the last remaining drops of semen off of my chin. “Am I kawaii Senpai?” I ask him.

Wordlessly, he turns around and marches out of the room, having no further need for an inferior Gaijin like me. I always wish he would let me lick his butthole, but he never does. Then I wake up, my sheets sticky with my own seminal fluids. I usually lie there for a few moments, rubbing my own semen all over my body and pretending it’s that of my beloved Emperor Senpai. 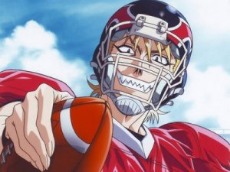 Praise Football. Praise American.
Anonymous
Sun, 03 Mar 2019 00:23:37 GMT
No.667
>>666
I was gonna check these satan trips, but that would be redundant. Do you know why? Because you don't check Football gets, they check YOU. Right in the scrotum, so you better wear a cup. Not that that would help you if the Denver Broncos were involved, You would need at least 15 cups to avoid dying in that event and if it was John Elway, well there's nothing that can save you. Not even a roundhouse kick from Chuck Norris can stop John Elway. Chuck Norris tried roundhouse kicking John Elway once, and all he did was become more Football, which is exactly what is gonna happen to you when John Elway comes to town jizzing in your face and then curb-stomping American into you. Consider this a warning, all ye who do not know Football, because John Elway ALWAYS comes to town, serving up some piping hot Football fresh from Rainbow Dash's sweet sweet walls. Get it while its hot, because it will be the last thing you taste before Football gets shoved down your throat like a glazed Bavarian donut.
Praise Football. Praise American.
[Last 50 Posts] [Last 100 Posts] [Last 200 Posts]
6 replies |  4 files |  7 UUIDs |  Page 6
[Go to top] [Return] [Catalog] [Reload] [Archive] [Update] ( Auto)