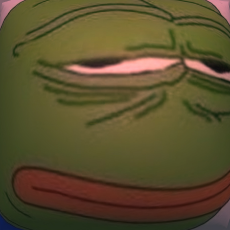 Big psychology drop (stop banning me)
Anonymous
Thu, 20 Sep 2018 02:13:16 GMT
OMI2z
?
No.67320
[Last 50 Posts] [Last 100 Posts] [Last 200 Posts]
Fear is controlled by the autonomous state of association, which is unconscious emotional projection. Association interprets archetypes in the subconscious relative to the control state of conscious drive(defined as emotional control of perceived subconscious information) interpreted by your defined state of self control. Remember forgotten archetypes are unperceived emotions that have unconscious control relative to self control.
Anonymous
Thu, 20 Sep 2018 05:22:47 GMT
OMI2z
?
No.67321
The creative drive template is your self
emotional output defines how association behaves.
Association sends input to emotional control. This input has control of how association behaves. This input is autonomously being pumped from association to all sensory outputs
Anonymous
Thu, 20 Sep 2018 14:14:36 GMT
0Ylcs
?
No.67322
File (hide): 35C1126EC3396A789767B9BE2E59E7A3-13203.png (12.9 KB, 252x297, rip Zaldo.png)
[Bing] [wait] [Tineye] [Yandex] 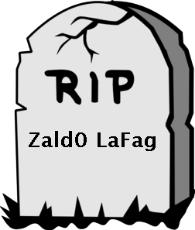 get out zaldo
Anonymous
Fri, 21 Sep 2018 21:12:03 GMT
h4CfM
?
No.67324
Creative memory can be forgotten where as confirmed archetypes control memory which defines subconscious interpretation and thus the association state
Association controls memory with defined archetypal interpretation by the state of emotional output. Obviously a healthy individual can tell between emotional output and what’s going on around himself.
Sorry, still working on it.
Anonymous
Mon, 24 Sep 2018 07:15:38 GMT
F1hDz
?
No.67325
Slam. Another one.
Association defines memory as control(will) because association is designed to pair positive and negative archetypes defining association and emotional control. Literally control can come of reaction(defined by DNA), and emotional control of association defined as emotional output from association that alters the state of association. Memory has seniority over DNA in conscious individuals. There’s no such thing as fear because fear is defined in the same way as will. Fear(overactive creativity) creates unconscious emotional projection that warps emotional control and thus association. creativity is defined as defined control over emotional output with association as interpreting the subconscious.
Anonymous
Mon, 24 Sep 2018 07:46:15 GMT
F1hDz
?
No.67327
Conscious emotional projection is defined by will. Fear and forgotten archetypes have power to alter the state association when unchecked by association.
Anonymous
Thu, 27 Sep 2018 02:33:28 GMT
F1hDz
?
No.67330
File (hide): 5BE1B3B8C92D1B64B47D05A43D70D207-180132.jpg (175.9 KB, 1024x1024, 52F4CB06-D601-4934-A8EA-1FAC94867C21.jpeg)
[Bing] [wait] [Tineye] [Yandex] 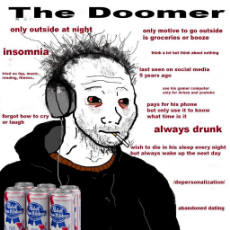 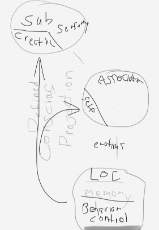 Basic control of your locus template and everything in your subconscious memory requires fear control.
After correct emotional projection can the creative self define the creative self. It’s defined such as by only control aspects such as rewards and fear, and not forgotten archetypes because the psyche only accounts for conscious senses.

so i realize i’m going to need to explain some of these words.

it starts at the peripheral subconscious of sensory information including factual & projected senses, and creative(remembered) senses.

basically the sensing part of your body. if theres a stimulus to be sensed, the peripheral subconscious(definitely correlative to DNA) automatically receives it. the subconscious state is interpreted as the full picture of all combined senses.

next, is the association state that receives that subconscious information and interprets it. the associative state generates an emotional(defining) reaction based on the physical state, and the type of information actively being interpreted.

after, the association state generates an emotional reaction.

interpreted as will, knowledge, control, focus, forgetting and remembering, is executed by the locus state and controls memory storage.

the locus state automatically controls the association state, what it forgets and remembers as well as the creative half of the peripheral subconscious and the physical control output to your body including neurotransmitters, hormones the heartbeat and dopamine.

clearly associate information before you believe you know it

DNA and the consciousness states

humans are designed to follow their DNA coding which consists of cell intelligence until they control their own locus state with associative projection which is remembering and forgetting.

associative stimulus is designed to control the locus state

epiginetics is locus state control of dna.
facts only emerge when present

Anonymous
Wed, 07 Nov 2018 03:56:42 GMT
hS1Uz
?
No.67423
what do i know?
i would say i know everything in my years of experience.
the physical construct of memory is reinforced emotion
something you were gonna think of but couldn’t remember it.
what are you thinking?

stimulus is defined by the subconscious state. said stimulus goes interpreted factually and then associated, the response is interpreted by the locus state defined as creative emotional control and memory.