The Last Night
Anonymous
Sat, 17 Jun 2017 19:53:29 GMT
GA3EX
?
No.280
281
[View All] [Last 100 Posts] [Last 200 Posts]
Though shortly after its trailer debuted, many Twitter users began pointing out controversial messages posted by Soret over the past few years. Among these tweets were messages regarding The Last Night from early in its development, with Soret explaining in 2014 how the game would “take place in a future where ‘progressivism’ has spiraled out of control,” and that it would feature “a cyberpunk world where modern feminism won.” “Finally we’ll have another take on the cyberpunk oppression instead of Big Brother.

Zoe Quinn, the indie game developer who was GamerGate’s first target following unsubstantiated claims that she’d had relations with members of the gaming press in exchange for positive reviews, tweeted about Soret’s involvement with the controversial online group. “Just fyi I am 100% for never letting it go when a developer participated in GamerGate (unless someone actually made amends but no one has),” she wrote. “If you laid down with MRAs, abusive ex boyfriends, LITERAL NAZIS, et all, you deserve fleas.”

Soret posted a series of tweets responding to the controversy, explaining that he supports “equality & inclusiveness” and that The Last Night is “in no way … a game against feminism or any form of equality.” “A lot of things changed for me these last years,” he continued. “The fictional setting of the game does challenge techno-social progress as a whole but certainly not trying to promote regressive ideas.”
Read more at http://www.craveonline.com/entertainment/1276689-last-night-devs-anti-feminist-tweets-come-back-haunt#1pGwMyUmovwpVPSL.99

Did a mob of SJWs bully an indie dev into apologising for his criticisms of Anita Sarkeesian?
What are you're guys thoughts? 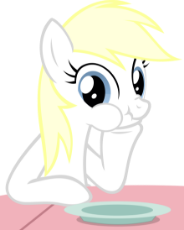 >>280
Another game made about how Neo-Marxism is going to turn the world into a dystopian hell? Looks like there's some meaningful resistance to social progress starting to develop.