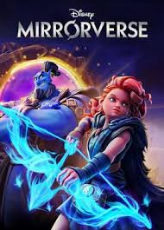 Guess Multiversus made a lot of money, because now Disney wants its own League of Legends/Smash Ultimate/Brawlhalla
.
This is my first time hearing about it and it looks like the most generic piece of shit "fantasy" thing ever.
It's like bad League of Legends skins but on DisneyPixar characters.
And who chose the characters in this pic? Oogie Boogie but no Jack "Original Tumblr Sexyman before it was a thing" Skeleton?
Where's Mulan, Stitch, Ratatouille, the Bugs Life ant, Lightning McQueen, the lamp, Boundin', and that blue girl from the Buzz Lightyear cartoon?
Anonymous
Tue, 11 Oct 2022 11:11:20 GMT
No.166091
The worst league of legends skin lines aren't the ones that look ugly or clunky or miss the whole point of the character or ruin visual cohesion for a dumb cheap joke like turning Leonidas's shield and spear into a bagette and pizza. The worst league skins take interesting unique champion ideas and throw away what makes these characters interesting for the sake of a bland samey what-if story where these action figures are dressed up to be part of a matching set and get nothing out of being in the same universe and sharing the same outfit- I mean aesthetic.
[Last 50 Posts] [Last 100 Posts] [Last 200 Posts]
2 replies |  4 files |  2 UUIDs |  Page 2
[Go to top] [Return] [Catalog] [Reload] [Archive] [Update] ( Auto)