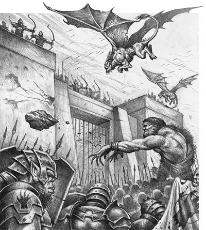 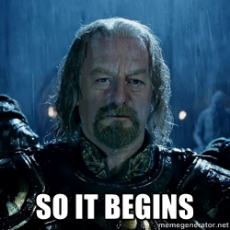 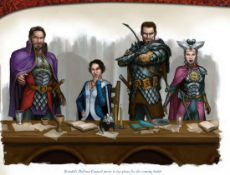 Red Hand Of Doom: Part IV, The Battle Of Brindol
Anonymous
Wed, 28 Apr 2021 02:36:30 GMT
cf0ae3f
?
No.145804
[View All] [Last 50 Posts] [Last 200 Posts]
Welcome to the fourth installment of /mlpol/'s first running of the classic 3.5e campaign, Red Hand Of Doom.
Having successfully thwarted the Red Hand's allegiace with the Ghostlord, our heroes await the culmination of their labors up until now, and their strategic planning and dialogue will lay the groudwork for this chapter's events. Now, they prepare to face the Red Hand at the last stronghold in Elsir Vale.

The Red Hand has nearly reached the walls of Brindol: the horde should arrive in less than two weeks, Burning towns as they march along the Dawn Way and driving an increasingly large wave of refugees before them. Time is scarce as the horde draws near, and our heroes are bunkering down for what may be the greatest battle in their lifetimes.

At this current moment, our heroes have only just met up with Brindol's defense council. They'll be communicating their gathered intel, raising allied morale, bonding with important NPCs, flaunting their abilities (the "no dick-measuring" rule is hereby suspended), and proposing battle plans that will make or break the battle, while I make some warcraft and morale checks. It will certainly be interestng to see what they come up with.
But first and foremost, they'll be introducing themselves. 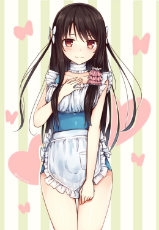 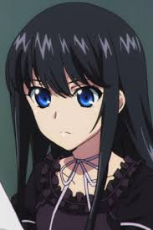 "i am Sister Night Shroud, a member of the Shadow Guard, Servant of Pelor, and Practitioner of the Dawn to Dusk and Dusk to Dawn Styles. i'm commonly referred to as the socially awkward younger sister of the local temple." greeted a small; pale; human girl of 5'1" and 90 lbs with long black hair and massive blue eyes. clad in a black elven starweave dress in a minimalist gothic style with stockings, mary janes, a bladeless hilt sheathed a shadowsilk belt, and a blindfold worn like a headband.

"i was initially sent to find the War Wizard Cromar. turns out he wasn't there and most of his possessions weren't there. so i went to the swamp to search. hobgoblins of the red hand were enslaving Saurians or Lizardfolk as they are commonly called." cue the excitable little girl

"the ogres guarding the port die like a breeze in a tunnel. the razorfiends, though dangerous, were only deadly due to the terrain they guarded. and the black dragon adopted cowards tactics till i taunted him to come down by wounding his pride by rubbing myself all over his horde. he acted recklessly and with our combined might he fell. we found Cromar's head in a bag." cue the little girl's pitch getting more cheerful

"we return the ghost lord's phylatery. after several greling trials through his lair. then he transforms into an undead were lion and slauhters several hobgobliins. we capture thier living uncious general. a hobgoblin woman named Uali. we try twice to interrogate her, stormclouds come each time, we take her out the 3rd time."

"on the way to the ghost lord, we convince giants to not consume us, i call another dragon a coward to make it charge recklessly. this dragon retreats, even though it proves she falters before the lion."

"we also returned some recovered artifacts to the elves and got showered with gifts for it. making friends with giant owls."

"and we delivered the gold to the dwarves. to recruit thier services, and bribed bandits to pursue work. the bharghests and dragonspawn we fight during our patrol are deadly, but even scarier, is the small mounted horde of green dragon spawn that got fireballed than sliced to death by the power of the sunblade within this hilt i recovered from the ghost lords lair."

You see Immerstal the Red, who had been leaning against the wall with a look of bored skepticism, suddenely jolt to attention as you mention the great War Wizard Cromar, and confirm that he is dead. It appears that this news took him by surprise. An indiscernable expression falls over his face as you mention that you acquired is head.
>>145816
The Coucil is visibly impressed by Artorias, if a bit perturbed by his ruffian demeanor. Some of them seem under some disbelief that you slayed a dragon, but Lord Jarmaath comments with a nostalgic chuckle that someone finally finished off "Little Reggie" in Rhest. You also see Kiliar confirm your accounts in the corner of the room.
The Brindolian Soldiers, particularly Captain Lars Ulverth (The leader of Brindol’s Lion Guard), seem to stare in jealous awe at the lions on your armor; apparently, relics of Rhest are highly prized in Brindol. Your Diplomacy check has been modified by the Ornate quality of your armor.
There is no temple of Bahamut in Brindol, but Lady Tredora assures the council that Bahamut's Order is a just church (if inferior to Pelor's) that raises many paladins, and staunchly opposes the Cult Of The Dragon. She elaborates that this helps to explain the motivations of the Red Hand, answering questions.

Billie (human form, as usual) introduces herself with almost-alarming eloquence, giving a polite curtsie. the council stare at her quizically, before she helps herself to food at the table.
Lady Tredora, who ran an orphanage in her time, fails her bluff check to hide a warm smile, and discretely hands the child a small satchel as Aral begins to speak.
>>145846
The Tiri Kitor Elves have apparently given Aral quite a good word in the past few weeks; Sellyria Starsinger has written and performed several ballads about how he vanquished the Harrowblades. At this point, the Council of Brindol would have been told not only that he's uncontested as the deadliest archer in the vale, but also the second most powerful wizard.
>"Yeah, that's right. He's the real deal!"
^ You hear hear Summer shout loudly before the council in her sonorous voice, a couple of which give a startled gasp. She's grown a bit more uppity and bombastic since you supplied her mana.

In the room, you notice Immerstal The Red: the most powerful Wizard in Elsier Vale. He's been staring directly at you throughout the whole speech, and you notice his eyes glowing with enchantment as he sizes you up. His expression seems skeptical and not-so-friendly, but he's visibly fixated on you.
From the tattoos on his arms and neck, you tell that he is indeed a Red Wizard: a powerful arcane overlord.
Anonymous
Sat, 01 May 2021 14:13:18 GMT
2d02f37
?
No.145872
DAY 29, LATE AFTERNOON.
... I think...?
Anonymous
Sat, 01 May 2021 14:34:30 GMT
2d02f37
?
No.145873
145874
>>145806
Night Shrowd, from a passive religion and local check, you will know from your prior relations that Tredora Goldenbrow is a Cleric capable of casting at least 4th level spells (that you've seen), and that she is a Radiant Servant of Pelor. You cannot make out her exact class distribution, nor can you discern her approximate level without a very high Sense Motive check.
Perhaps she'd have higher level spells if she just bought off her LA, and didn't blow a bunch of XP every day to produce healing items for Brindol.
She is also one of the town’s most recognizable faces; as an aasimar, her ethereal beauty has left many worshipers in the throes of a hopeless infatuation.
Depending on how young you were when you entered the church in Brindol, this woman may have practically raised you. I probably should have fleshed that out earlier, but here we are.
Anonymous
Sat, 01 May 2021 15:19:21 GMT
e56db79
?
No.145874
145875
>>145873
>blowing XP on making healing items
>not just using spells normally and autistically hoarding XP to make yourself as broken as possible
gotta hand it to those NPCs, it's almost as if they don't have a set of rulebooks telling them exactly how to live their lives to the best effect!
Anonymous
Sat, 01 May 2021 15:40:08 GMT
2d02f37
?
No.145875
145876
>>145874
Who?

It was more of a sarcastic remark directed at myself about me allowing the PCs to come dangerously close to outleveling the most powerful NPCs in the region by unecessarily scaling-up their encounters up until now, which I'm coming to regret since it might make the next few battles seem a bit too easy... The High Priestess supposed to relatively be a bigger deal than she might seem at the party's current level, but I can't just add extra caster levels to NPCs because that gums up the world balance, so I say that her effective Cleric level has been reduced by XP expenditure, LA, and multiclassing. I also mistakingly implied that she'd be available to offer 5th level Cleric spells earlier in the campaign, which was inacurrate, so perhaps a little in-world explaination involving personal sacrifice could fix that.
It would actually fit the theme I'm going for, because Tredora's demeanor would have changed since Night Shroud last saw her anyway. She's visibly drained by her recent efforts.
Also, I wanted to point to the fact that Tredora Goldenbrow is the producer of most of the spell wafers (cookies) that the party has been consuming up until now. It ties into Night Shrouds backstory, and her flaws, and exemplifies Tredora as a priestess of Pelor, and to a lesser extent as a caretaker.
Anonymous
Sat, 01 May 2021 15:42:46 GMT
e56db79
?
No.145876
>>145875
Fair enough, I was more just making a jab at how NPCs aren't usually that well optimized over anything else.
Umbrie
Sat, 01 May 2021 15:48:41 GMT
2760372
?
No.145877
File (hide): 44E9D61607118CC6282E47FE62B331E2-96035.jpg (93.8 KB, 640x800, 7a1943b62f8c934f258d83534705e2cb.jpg)
[Bing] [wait] [Tineye] [Yandex] 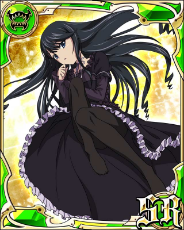 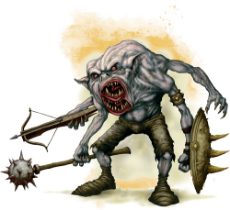 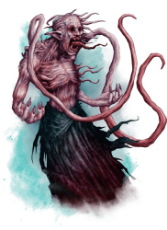 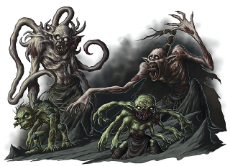 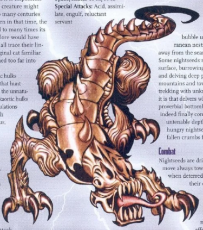 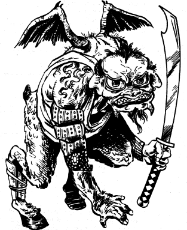 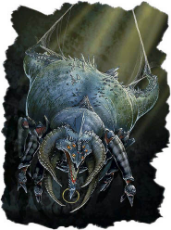 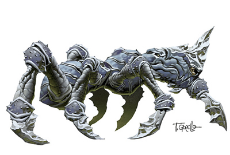 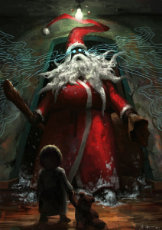 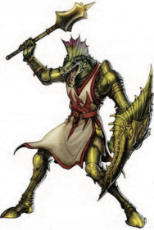 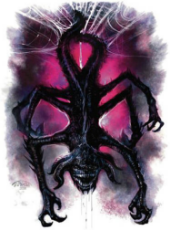