My life has genuinely improved and the more I spend time outdoors or preparing for a, hopefully not, dystopian future or boogaloo and I hope other anons will post their improvements too. It doesn't have to be radical or extravagant. It could be something small or seemingly insignificant. But I know I'm not the only one who has tried to do better.

Anonymous
Tue, 28 Jan 2020 01:07:35 GMT
QTlZ4
?
No.2127
2128
>>2126
Good on ya mate.
I exercised a lot, got fitter, and got my vidyagames and fap habit under control.
Now I am doing Exodus90 and I'm working on an indie game that, when finished and put up for sale, will make me a millionaire. I am fulfilling the dream I had as a child.
Anonymous
Tue, 28 Jan 2020 01:16:58 GMT
VQXEj
?
No.2128
2129
>>2127
How far progressed is it? I'd be interested in seeing a /mpol/ anon made indie on the market. Even if it's niche or mlp related.
Anonymous
Tue, 28 Jan 2020 01:21:09 GMT
QTlZ4
?
No.2129
2130
>>2128
The game works but with boxy placeholder graphics. Art isnt ready for a trailer yet.
Anonymous
Tue, 28 Jan 2020 01:24:07 GMT
VQXEj
?
No.2130
2131
>>2129
Keep working at it Anon. Back before I dropped out I did programming and hardware. So I know how frustrating it can be sometimes. Fix one thing and you accidentally break another. Hope it goes well.
Anonymous
Tue, 28 Jan 2020 01:25:43 GMT
QTlZ4
?
No.2131
2132 2133
>>2130
Sometimes I think I'm being too ambitious with my first game. I should save the most advanced and resource intense shit for a sequel, right?
Anonymous
Tue, 28 Jan 2020 01:34:02 GMT
VQXEj
?
No.2132
2133
>>2131
Depends. You want to push yourself a bit to make a good game but you might want to leave experimental things for a sequal. It gives you time to get comfortable with what you can and can't do and hopefully will allow you to get a good foundation to build off of later.
Anonymous
Tue, 28 Jan 2020 01:58:27 GMT
LGJkR
?
No.2133
>>2131
Yeah what this >>2132 anon said, but you also need to break into the market. Your first priority is how will you sell your game. There are many games that go into the market without any announcement at all.
There is also a need for testers to ensure it plays how it should play. As you are testing and playing you become more skilled at it as well altering your perception of what is easy, and difficult.
I'd say you are well on your way to achieving it. So what happens after you have the money from this game? What happens in the worst case situation?
Anonymous
Tue, 28 Jan 2020 05:11:46 GMT
5SV9l
?
No.2134
2135 2136
>>2126
Congratulations Anon! Is there any sort of guide you'd recommend to redpilling a blue-pilled girl or is it just something you have to approach tentatively and by feel?
Anonymous
Tue, 28 Jan 2020 15:25:48 GMT
VQXEj
?
No.2135
2136 2137 2139
>>2134
There was an older 4chan post about treating wemon like dogs (in a positive way) that I believe is pretty accurate for initially picking up one. If I had it I'd post it. The way I was able to do this to my girl was through humor and letting her come to conclusions on her own. Yelling facts and data typically doesn't work on people who aren't already convinced that logic is the end all be all. Don't talk to her about things like this around her friends or family at first either. Females are VERY socially minded creatures even the ones who say they don't care what people think tend to only say that because that's the image they want to hold in their social group and can change depending on the person or people they want to impress. If there are any femanons lurking or reading, I'm sure you could confirm this about many of your friends. The other thing is don't go at her like you know everything, tell her that whatever you tell her about whatey you are redpilling her on she should fact check you. Give her some places to look but don't give her all of them and be ready when she comes back with things from BuzzFeed or unicorn riot or social media or whatever she follows. I say be ready as in don't get mad and understand what she is trying to say. Also, don't use her as an example for being wrong until you feel she is comfortable with you and can take a bit of criticizm until then use "friends" of hers. You'll know the ones, the ones she will complain about being bitches and whores, the ones that "always get their way" and are "prettier than her" or something. Girls are always trying to become the alpha of their group by social manipulation even if they don't know it. And that balance is always shifting try to listen for that and use examples from there. If things are relateable they will understand better. The race question should be approached more like, "well okay maybe you are right, race may not be everything. But it's certainly not nothing." Which I believe most anons actually feel. Just being able to have the discussion without sperging from either side is a win. The other bit is just exposure like I said I lived in a ghetto so I had a very good grasp on """urban culture""" and would occasionally use terms in jokes, if she didn't know them I'd explain the term and it's origin along with examples of how it's used like you would teaching a child new words. Eventually the sheer amount of terms she checked after me gave her some idea of what """urban culture""" is like. And also, this may seem a bit contradictory, but if she has family who are gay/trans and or another race ask about them. If they seem like decent people treat them like it. And over time ask about behaviors and childhood and make small connections as to why they act so different from everyone else. 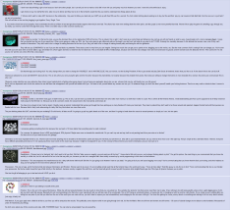 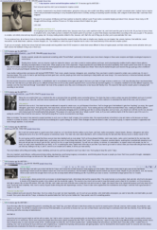