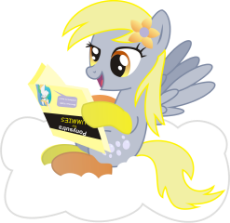 ITT: Learning a second language
Anonymous
Sun, 07 Jan 2018 22:40:59 GMT
I9uWe
?
No.815
819 824
[Last 50 Posts] [Last 100 Posts] [Last 200 Posts]
So I feel I shouldn't be restricted to one language all my life and it wouldn't be a bad idea to have the ability to speak a different tongue to not only understand a new language but to also learn more about my own language as well. I've decided to learn Spanish since
>as an American its never a bad idea to know what the brown hordes are saying about you with you knowing
> Its the second most spoken language in the world, thus increasing the amount of people you can communicate with tenfold
> Its one of the easiest languages to learn if you are an english speaker from what I hear
> Its the language spoken by based as fuck Spaniards (back in the day they were based anyways, not so much today) who slaughtered muslim moors and conquered half of the new world for God, Glory, and Gold.

But how do I learn a second language? I did take a few Spanish classes in high school so I'm slightly familiar with it but whats the best way to learn? I hear things like rosetta stone barely does shit and the best way is to speak with a Spanish speaker however I have no contacts. I know playing vidya and reading media in Spanish will help me become familiar with the vocabulary but I would still be clueless on how sentence structure and advanced sort of things like that would work. What do you recommend?

Also this thread doesn't have to be limited to Spanish and can be about how to learn any second language in general.

Sure, it couldn't hurt to have someone to give me info on spanish. Bear in mind I have horrible internet though. 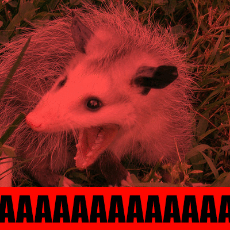 So I've been slowly trying to learn French and holy shit, it is a whole different beast. I can see sort of how its similar to Spanish in the fact its a Romantic language and how it somewhat influences English but holy the pronunciations is just, damn. At least with Spanish words, what you see is what you get, you simply pronounce the word and usually the sound just like how they look but with French, a word might sound completely different from what it looks sometimes. Gonna stick with it though cause learning a language is never a waste of time nor effort and maybe it might help me in life somehow but the odds are very low. Any French speaking anons have any advise I should know? Also apologies for reviving a dead thread but its /ub/ so its not like it gets updated much.
Anonymous
Tue, 08 May 2018 00:15:12 GMT
p0C2v
?
No.1018
>>1015
>Also apologies for reviving a dead thread
I don't think it is any need to apologize, it is good to get some activity on /ub/ I think. Sadly I don't know French, but hopefully someone else do.
>but I will shamelessly bump it for you
Anonymous
Tue, 19 Jun 2018 00:47:22 GMT
3PT+R
?
No.1089
With all this 1984 shit going on I looked into the relation of speech and thought and lies to bolster my arguments and came to the conclusion that I should pick up my books again.

Anybody know any good sources?

Also latin for science and deeper understanding of western languages.
Anonymous
Sun, 14 Oct 2018 20:04:17 GMT
OWAoA
?
No.1181
1191
So fag from post >>1015 here. I'm abandoning French. I don't know what it is but I have had the worst time with it. Maybe its because the pronunciation and there's all sorts of small shit to keep up that if you mess up, you risk making yourself look like an utter retard. Plus all the accents for letters trip me up alot with spelling, not to mention trying to remember that along with all the verb conjugations in tenses has been a mess for me.

>inb4 that's how romantic languages work
When I was learning Spanish in school, I had nowhere near as much difficulty with spelling, conjugation, and other stuff. Not to mention there is only one accent with spanish to keep up with which is a blessing for me.

So it leaves it to this. I have been looking at three languages I've been interested in and its this:
>Continuing learning Spanish
>Dutch
>Russian

Continuing Spanish is the most logical choice since I already am familiar with it though I'm still in beginner stages. Because of learning French , despite it being a failure, I am familiar with how conjugations work with Romantic languages so that should help alot. Dutch sounds funny but I have read how Dutch and English are very identical in alot of aspects making it easy for an English speaker to learn. Russian will be the hardest one to learn by far and the most time consuming but its the one I'm the most interested in and it looks cool as fuck. I haven't decided with what yet but if I pick one, I plan to stick with it and not bother with anything else so I must decide wisely.
Anonymous
Mon, 12 Nov 2018 17:42:06 GMT
ITdeN
?
No.1191
1198
>>1181
If I were you I would learn a Slavic language like Polish, Czech or Russian.

I've been learning Polish for the past few weeks, and it's definitely a "What you see is what you get" type of language when it comes to pronunciation. So you'll really only have to worry about the conjugations and the accents, which are quite easy to get used to, but there are some exceptions. For instance to say 'You' in Polish, it's 'Ty', and the verb conjugation is for the most part 'sz'. But to say "you are" it's "ty jesteś". The 'ty' is usually optional too.