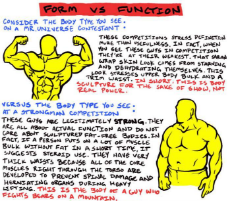 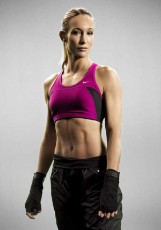 I'd say this is mostly accurate. I remember from the view stuff i saw about bodybuilding that the models were so exausted right before the contests that they were on the verge of collapsing. the amount of visible muscle does not translate over to health over overall body power. Its purely visual and does not last long at all.

Weight Lifters and even other athletes that rely on high body strength more often than not look rather tubby. Other examples go as well. look at pic related. this woman won the world champion title in kickboxing while she had a similar body type. 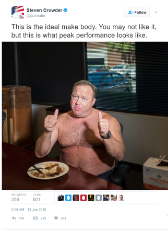