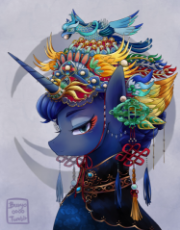 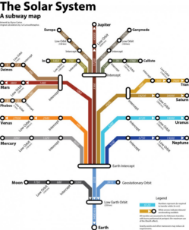 Weird and Wacky Dreams
Anonymous
Fri, 03 Apr 2020 01:41:15 GMT
No.15568
15875
[Last 50 Posts] [Last 100 Posts] [Last 200 Posts]
Post any especially strange, memorable, or vivid dreams you have here! Technically this could go on /vx/ but it's less about interpreting the paranormal in dreams and more about just showing off your unconscious creative outlet. Writing down your dreams is a good habit to develop and this is the best place to share.

Anonymous
Fri, 03 Apr 2020 17:28:02 GMT
No.15570
>>15568
Yeah, okay.
>Be me
>Hanging out at the mall with these two big tiddy doth girls I knew in high school
>We're fucking around, checking out the firing range set up around back, I get handed a McDonalds coupon but I fucking hate McDonalds so I try to pass it on to someone else
>We go into gamestop and we're checking out CDs and movies (yeah, I know) and I come across officially licensed Evangelion content
>I pick it up, and it's a fucking blue-ray of some meme somebody made about Evangelion
>Five minutes of oc for twenty fucking dollars, and you can find it on youtube for free
>Laugh about it with my goth friends
>Dream ends
>Wake up and really need to shit

This was all following a different dream where I was in an apartment and for some reason I needed to keep getting glasses of water without being seen from my window. I think it was because the government wanted to ensure everyone was asleep but I was just really thirsty. There was a lot of other (non-spooky) stuff going on but I’m bad at remembering such bizarre dreams. It’s interesting for me how my distinct likes, surroundings, and concerns mesh together odd yet cohesive (for the most part) dreams. Looking forward to sleeping again and seeing what my mind cooks up.
Anonymous
Sun, 12 Jul 2020 08:29:34 GMT
No.16144
File (hide): 6777415C1A79BA8CF36B08E4CA162828-45575.jpg (44.5 KB, 517x489, spurdo fuhrer.jpg) 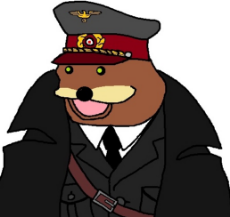 Last night i had a dream where Goebbels and Hitler were visited by space daemons in Wewelsburg castle (i'm not kidding) so the year was set in the 1930's before the war and they were disguised as German scientists but they had funny eyes and weird behavior, there were 3 of them and they showed a lot of their tech to H and G at first but after a they showed these things (like huge machines and crystals with strange properties) they began to experiment on them with lots of different devices, they experimented on Hitler more than Goebbels, they would leave insect bite marks on the back of the head where the spine ends and they had a very keen interest in a moth that would fly around the castle (mostly sexually), they stayed and did weird things for 6 hours 6 minutes and 6 seconds, no one could go in or out of the room while they were there so no SS could intervene and after they had done they used a sort of telescope device that they plugged themselves into and shot up into the sky like a shooting star.
That was it, i think this is probably the most weirdest dream i have ever had, it was as if it came straight out of a H.P. Lovecraft story.
Anonymous
Fri, 15 Jan 2021 22:27:11 GMT
No.16889
File (hide): 6F81CDC202BF4B4F4CA9495871A8F853-224593.jpg (219.3 KB, 800x470, stratum.jpg)

>Play a new vidya, a RPG
>think Might and Magic VI with a Fallout:NV-esque setting
>it’s really good
>multi-path skill-tree for every skill/trait so you can specialize for crazy stuff like “40% better talking in a bar” rather than just adding a point into speech, but you can still do that if you want
>decently designed tech tree with tons of options where you can go into medicine and with enough points even build a bioweapons lab
>you can even go full melee and innovate new shields that protect you better
>have had a fun time in the game and leveled up several times, have a character designed like a western sheriff
>join this random mission
>I have to infiltrate this base of modern elites
>they have the sort of decor and costumes of that old Rothschild party
>UI is gone
>on one previous attempt I lost, presumably to getting shot, got a weird game-over screen with a monkey head and the caption “The future is monkey”
>they ask me to eat raw duck meat straight off the bone, my NPC partner does, I realize that it’s probably sacrificed to Moloch and I don’t want to be mind-controlled, but my main concern is not getting salmonella
>book it, but apparently I did what I needed to do anyway and I just need to escape
>get outside to a poorly rendered patio with rotary phones everywhere
>call 911, but rather than get any help I interrupt some stranger’s ordinary emergency call
>my character is a police officer so I help him out, get him to call the right place
>pursuers get closer, one of them is a tall gangly man who is clearly a monkey
>run away really easily, though I assume that monkeyman is faster than me
>get outside an absurdly tall wall/fence that’s just a metal wall copypasted over and over
>on both sides are equally absurd trees, I worry that monkeyman is climbing rather than running
>melancholic music plays loudly, as if this is some grand utopian future I’m disrupting
>I must be really good at running because I left tall monkeyman in the dust a long ways off
>M16 is lying on the ground on the ground for some reason
>poorly animated, poorly programmed short monkey spawns nearby just walks past, right into the water
>the game expects me either to shoot my pursuer, now on a distant hill I passed or to keep running
>I’ll do what it expects least, I’m the sort to try out every option, I saved after all
>run into water after janky monkey, at last second it turns on me
>game over screen is of a monkey headwith bloody eyes, moving around on a screen like a DVD logo screensaver with loads of smaller monkey heads behind it, gameover text is “The Future is Monkey”
>music is slowed and distorted
>can’t even play the game anymore, it’s all replaced with that screensaver
>mfw this freaks me out
>mfw my brain not only programs really good games for me, but really good horror games
[Last 50 Posts] [Last 100 Posts] [Last 200 Posts]
19 replies |  6 files |  11 UUIDs |  Page 1
[Go to top] [Return] [Catalog] [Reload] [Archive] [Update] ( Auto)