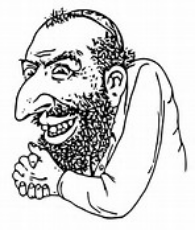 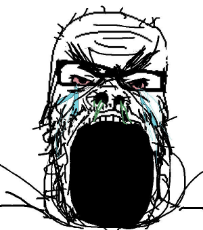 Jesus fuck, it was nice when staff got rid of such obvious and disingenuous "totally-not-shills"
Anonymous
Sat, 18 Sep 2021 22:32:40 GMT
5bf62ff
?
No.320041
320042 320046
>>320036
What do you have against eugenics?
Evolution is reality.
Evolution is defined by a single crude tool named failure. With Eugenics, man can define success.
A foolish society holds the best whites back for the sake of inferior races. A wise society that wants greater whites ensures they reproduce more than any genetic inferiors.
You parasitic genetic failures loathe the idea of eugenics because you rely on lowest-common-denominator votes outnumbering their genetic superiors. You're afraid of men who question the status quo that puts the need of lesser races before the needs of whites.
If man started to ask himself whether all life is fit to live, you know what he'd say about you.
Anonymous
Sat, 18 Sep 2021 22:34:17 GMT
f9bb3ce
?
No.320042
>>320041
You're not wrong
Anonymous
Sat, 18 Sep 2021 22:58:48 GMT
1596e11
?
No.320046
>>320041
If we had eugenics, it would mean that people’s constitutional rights as citizens would be violated and that prejudices would develop against what would be considered second- or even third-class citizens. It would mean we become more divided as a society and those who want to crush us would have an easier time.

We have already seen the evils of eugenics as a society and we know we should not go back.
Anonymous
Sat, 18 Sep 2021 23:00:37 GMT
da2c968
?
No.320047
>>320038
>it was nice when staff got rid of such obvious and disingenuous "totally-not-shills"
He is here to waste your time, I don't understand why everyone is baiting.
Anonymous
Sat, 18 Sep 2021 23:55:11 GMT
8b57ba5
?
No.320050
"I have been to Moscow, Russia, to Kuala Lumpur, Malaysia, to Tokyo, Japan, to Tehran, Iran, to Abu Dhabi in the United Arab Emirates, and all across Canada. During those travels I have met some of the richest people on the planet and some of the poorest people as well. I have met world leaders and distinguished industrialists and financiers and diplomats and academics--not to mention 'regular' folks from all walks of life. And if there is one thing I can say with unqualified certainty, it is this: 'They' do not 'hate us', as the Jewish propagandists in the media are forever proclaiming. Rather, if I heard it said once, I heard it said a hundred times: 'We don't hate America. We don't hate the American people. What we do hate is the way the Jewish agenda is being carried out through the American government to wage war all over the planet. We hope the American people will stand up and fight and take back their country before the world is destroyed.' It is as simple as that." - Michael Collins Piper
Anonymous
Sun, 19 Sep 2021 00:20:07 GMT
1596e11
?
No.320051
320052 320053 320054
>>320048
/mlpol/: “We encourage free discussion on our boards.”

Also /mlpol/: “Everyone whom we don’t agree with ought to be sterilized.” 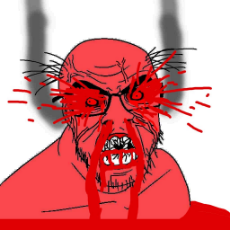 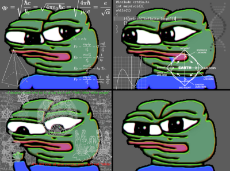 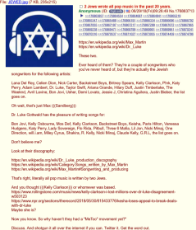 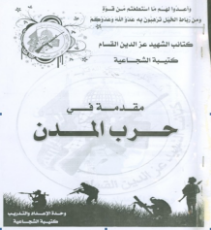 >>320109
>Random accusation with no proof
That's not evidence, it's speculation which cannot be proven or disproven, this is a clear cut logical fallacy. Like 90% of your arguments have been for three months.
>inb4 BUT YOU DO THAT TOO
Your original argument was that someone completely unrelated outside of this board used logical fallacies to back up their arguments so it justified you using logical fallacies to back up your arguments, but now you've changed it to that we do it too so it justifies you being intentionally disingenuous and lying through your teeth. I have the memory of an elephant, I don't forget these things.
>>320111
>I-It's not true!
No, it is. According to the official IDF website of an archive of the page they released they found the document like this just laying around a Hamas hideout after they raided it (what a stroke of good luck) so the official document that was printed out was not made digitally but was produced physically as in something you could hold with your hands and read (According to the IDF themselves) I'll even quote from their official website on the release of the document for you:

"IDF forces in the Gaza Strip found a Hamas manual on “Urban Warfare,” which belonged to the Shuja’iya Brigade of Hamas’ military wing, the Al-Qassam Brigades. The manual explains how the civilian population can be used against IDF forces and reveals that Hamas knows the IDF is committed to minimizing harm to civilians." - So their official claim is that this document was printed out on REAL paper and was seized by the IDF, it was NEVER produced digitally like you said it was. https://www.idf.il/en/articles/hamas/captured-hamas-combat-manual-explains-benefits-of-human-shields/

And again, if this was a legitimate document that they found in a Hamas hideout produced on real paper (like they claim) the supposed text would bend over the curve here that's marked by discoloration, but it doesn't; and furthermore the text on this document does not skew at all despite the document being skewed itself on the front page. But then there's the odd case of the second image, a small section from a larger document (which was NEVER fully released to the public; only two images from it) which supposedly proves that Hamas was using human shields, the text here is skewed which matches the skew on the front page but not on the page it was printed on.

Anyone who is familiar with GIMP, Photoshop or any photo editor can easily showcase that this supposed "proof" is a hoax. You went off on an unrelated side-tangent about how the document was a PDF (the IDF claimed it was not a PDF but a physical document) to prove it wasn't a hoax, but instead only erected a strawman to attack instead of addressing legitimate counterpoints (like you've done for three months now) 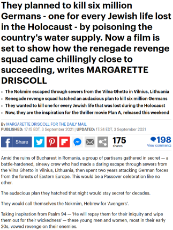 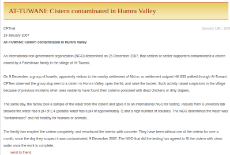 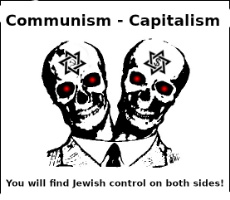 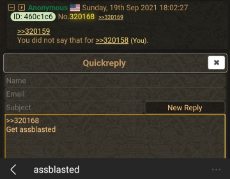 >>319783
Fuck off, soft soygoy traitor. You get the bullet after I'm done with the hard and out ones first.

>>319831
To paraphrase a speech from Goebbel in 1941ACE:
"The Weimar Republic was known as 'the jewish paradise' from start to end. The start beginning after the War to End All Wars, the end in 1929(ACE) when global stocks, controlled by jews, owned by jews, and run by jews, became less of worth than the paper they were printed on. Only the rich had a 'right' to enjoy worldwide reknowned prostitutes while the Treaty (Versailles) forbid the average Austrian, German, Nippon (Japanese), Ytalian, or Yego (Yugo) from taking part in unseemly debaucheries. The average man was forbidden from this, not that it mattered to the honest man. What you call the 'average man' is rich beyond my comprehension, holding more silver, gold, and other precious metals than a hundred of my lineage could have held in honesty."

>>319851
Oh LET me GUESS that you didn't know the stangoy joobrikk movie named 'A Clockwork Orange' wasn't 100% dedicated to being subverted proto-judaism in the guise of (((!!!uncontrolled atheists do bad things when they aren't controlled!!!!)))

Here's a real quick overview of THAT particular stangoy joobrikk movie:
-society breaks down BECUZ MUH FREEDUMBZ
-(((gaythiesm))) is NOT at fault but TOTALLY AT FAULT becuz MUH REELIJUN R BAD since rejecting judaic proto-monotheism was what really cucked the entire """western world""" and planned subversion was never the !!!true fault, goy!!!
-violence becomes daily life
-rape becomes daily life
-everything degenerate is "good"
-everything non-degenerate is "badthink" and "wrongthink"

Watch it. I dare you.

>>319890
Can't attack the argument, so you whine, cry, and gaslight like a good little goyjew. Stay cucked, faggot. You're being replaced.

>>319908
>>319910
Switching the topic to immediately try and dreck on non-kikes/goyim is hilarious stupid. You STILL cannot answer the fact-based accusations, so you resort to being the enemy of Socrates. Good jewgoy, keep desperately trying to defend your shekels!

>>319927
Laughable. It is beyond all doubts that kikes are nothing more than proto-Turkish expellees and resorted to cannibalistic inbreeding to survive that your circular (((logic))) bears no weight. You are peak ziocucked trash, and you have BEEN replaced. 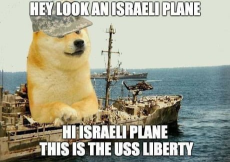 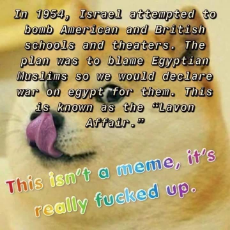 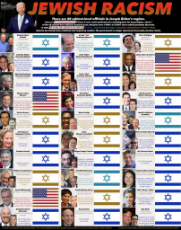 Anonymous
Thu, 23 Sep 2021 11:14:00 GMT
0493298
?
No.320412
>>320379
Theres that whataboutism again. I think Ive gotten bingo like 3 times now
>planned
So in your mind, a false flag operation headed by the israeli defense minister, as well as the USS liberty incident are on par with your citations needed?
https://journals.sagepub.com/doi/full/10.1177/0096340213493259
>In 1954, Israeli Military Intelligence (often known by its Hebrew abbreviation AMAN) activated a sleeper cell that had been tasked with setting off a series of bombs in Egypt. In this risky operation, a small number of Egyptian Jews were to bomb Western and Egyptian institutions in Egypt, hoping the attacks could be blamed on Egyptian opponents of the country’s leader, Gamal Abdel Nasser, including members of the Muslim Brotherhood or the Communist Party. The ensuing chaos, it apparently was hoped, would persuade Western governments that Nasser’s regime was unstable and, therefore, unworthy of financial and other support.

>The operation started with the bombing of the Alexandria post office and, within a matter of weeks, six other buildings in Alexandria and Cairo also were targeted. But the Egyptian government was apparently told about the next bombing target, and the bomber was arrested. Eventually, Egyptian security rolled up the entire Israeli cell.

>The failed operation became a scandal and blame for the ill-conceived attempt is still not officially settled. During the 1954–55 trial of the bombers, however, Pinhas Lavon, Israel’s minister of defense, was painted as having approved the sabotage campaign and Lavon’s political enemies at home echoed the charge in early inquiries into the matter. Subsequent Israeli investigations suggest that Lavon was framed, to divert attention from other Israeli leaders, but the incident has retained the name given at the time: the Lavon Affair.

>This ill-conceived false-flag operation failed, embarrassingly, to accomplish its goal of undermining Nasser. Although usually ignored or portrayed as an intramural political fight among high-level Israeli politicians, the Lavon Affair also played a major role in setting in motion a chain of events that led to Israel’s acquisition of nuclear weapons, via scientific and military cooperation with France. Narratives of the affair—including this one—are hampered by Israeli government secrecy and the failure thus far of those who organized and ordered its execution to reveal publicly their innermost thinking about it. But regardless of the details of how the Lavon Affair came about, the affair triggered events that accelerated the Israeli bomb program. Even absent the Lavon Affair, Israel would almost certainly have obtained the bomb. But the path to it would have been longer and more difficult, with an unpredictable impact on the power dynamics of the entire Middle East.
Anonymous
Fri, 24 Sep 2021 19:02:12 GMT
8b57ba5
?
No.320481
320492
Copied from another thread
As of 2021 the total population of Israel is 9,227,700 million, out of that I know the following to be true;
Ashkenazi Jews are 2.8 million of the population.
Sephardi Jews are 1.5 million of the population.
Mizrahi Jews are 4.8 million of the population

So considering this then the combined total of Jews living in Israel is 9.1 million which would make 98.6 of Israel Jewish, completely disproving the hasbara narrative that israel is multicultural. 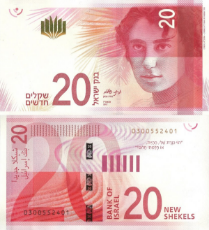 >>320503
I can even highlight the points where it says Israel since you obviously have the reading skills of a toddler with down syndrome. Fuck off back to special school, but the original poster did make one mistake; the ACTUAL Mizrahi population is 3,232,800 and not 4.8 million.