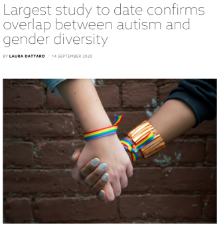 >People who do not identify with the sex they were assigned at birth are three to six times as likely to be autistic as cisgender people are, according to the largest study yet to examine the connection1. Gender-diverse people are also more likely to report autism traits and to suspect they have undiagnosed autism.

>The results come from an analysis of five unrelated databases that all include information about autism, mental health and gender.

“All these findings across different datasets tend to tell a similar story,” says study investigator Varun Warrier, research associate at the University of Cambridge in the United Kingdom.

Anonymous
Thu, 18 Mar 2021 21:54:29 GMT
ea1a243
?
No.304106
It's because autistic is a buzzword for over 3000 symptoms, which makes it easy for anyone who is "abnormal" in a way the lefty school system doesn't like to lump them in with retards and waste their time in a daycare that teaches nothing. Saying you're autistic on twitter or tumblr is as easy as claiming you're demisexual because you don't want to admit you're straight. Anyone can be autistic and everyone probably has at least two out of its countless symptoms.
How many autistic classrooms have been targeted with this shit by leftist teachers? How many autistic kids are encouraged to play dress up and "make up your own gender"?
If someone is blind or only partially blind you know what that means. If someone has giantism or dwarfism or narcolepsy or attention deficit disorder you know what to expect. Those words have a definition. But autism? It could mean anything so it effectively means nothing and anything. Most of the symptoms are subjective judgements made by psychologists anyway. What does it mean to be "a little different" in the eyes of some quack doctor who lacks the balls to get fired for speaking the truth about trannies or lacks the IQ needed to understand that truth? They decide if you emote too much or emote too little or speak too much or speak too little or care too much about what they deem to be pointless shit like train trivia or cartoons or video games. If you gathered twelve autistic people in a room from around the world what would they have in common? Could you arrange them from most autistic to least autistic? Anyone who tried would just arrange them from most normal to least normal, or most normal to most similar to the stereotypical Sheldon Cooper soundalike who would have turned out very different if mommy didn't use DVDs of that show as a babysitter?
The word autistic is worth even less than the word disabled, because at least the term disabled definitively means something even if it's vague. Sometimes autism is a superpower the propaganda says you should be proud of and sometimes it's a RPG character trait with positives and negatives and sometimes it's a disability with no upsides. It's the holy grail for lazy quacks who want to tell lazy parents how their child turned out is not their fault but he or she can only turn out right if the quack decides where the kid goes and what he hears and what he sees until he's old enough to get out of there, if he even wants to when they're done shaming and gaslighting him into being what they want.
Anonymous
Fri, 19 Mar 2021 16:00:43 GMT
91151a6
?
No.304150
304248 304303
>The concept of "mental health" in our society is defined largely by the extent to which an individual behaves in accord with the needs of the System and does so without showing signs of stress.
-Uncle Ted

All these diseases are made up; schizophrenia is said to be overdiagnosed by more than double the number of actual cases, doctors can't tell any better than an average Joe on the street who's """mentally ill""" and who isn't, and (((psychiatrists))) are some of the sickest fucks out there. I've been considering documenting some of the permanently damaging side effects of the medications (((Big Pharma))) gives out in /cyb/ sometime, but haven't gotten around to it yet. I guess all you need to know for now is that we're only a couple decades from the lobotomy, and the doctors that suggested those treatments didn't just quit when their favorite method of unpersoning someone became a felony. 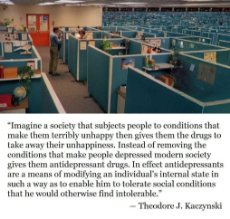 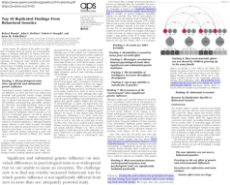 Also reminder for when lefties say it's due to "bullying" or some nebulous unprovable ghost bigots.

>Higher rates of mental illness amongst gays are likely due to genetics rather than environment, finds twin study demonstrating significant genetic (but not environmental) correlations between neuroticism/psychoticism and homosexuality.
>https://pubmed.ncbi.nlm.nih.gov/19588238/

>>304150
>>304248
Kaczynski was seriously right about a lot, especially leftism and consumerism.
It should be required reading for anyone on the right, even if they're not fully against industrial society but just modernity.
Read it, it's short: https://unabombermanifesto.com/
Audiobook: https://youtu.be/4TkFmmdmk50

>>304291
>>304249
I don't know anything about this, but lessons from the holocaust, if it sounds cartoonishly evil and retarded, it's probably just Aryan boogeyman shit.
>We're just gonna kill anyone who's shy and quirky for the lolz
- Adolf

>>304302
Yes. And a big part of it is also just the internet. If you don't have a real social group, then you join more fringe one's online to be part of something somewhere. In a sane society, these kids would be given roles and activities (like Hitler gave them), not just sitting in front of some Jew produced electronic.
Anonymous
Sun, 21 Mar 2021 14:13:37 GMT
c2b69ff
?
No.304308
304324 304329
>>304303
>but lessons from the holocaust, if it sounds cartoonishly evil and retarded, it's probably just Aryan boogeyman shit.
but euthanasia was a campaign promise, and people such as Bishop von Galen protested against it. the Holy See made a public statement about in 1930 - it was all quite simply a matter of racial hygiene. I think where you probably are hung up is that you're thinking of aspergers, where the capability to perform work the same as anybody else remains. the primary reason for the euthanizing of autists in Aktion T4 was their lesser or total inability to work. to speak of the "shy" and the "quirky", they only exist due to the degenerative social conditions of the day, and it's due to the reinterpretation of both aspergers and autism as lying along the same spectrum that being "shy" and "quirky" has been defined as being akin to this mental illness. there certainly is no need for concern on the part of those who have aspergers or "autism" that have jobs, have or will soon have families, have good white friends and a healthy lifestyle and body, there is obviously nothing wrong with them. but any "asperger" or "autist" without these things ought to be utterly ashamed that they continue to breathe and leech off of the true members of their race, and they would do a great service to their ancestors and their heritage and their people if they were to off themselves, thus ceasing to feed off of the fruit of our labours without working for it.
Anonymous
Sun, 21 Mar 2021 17:10:38 GMT
047d465
?
No.304315
>>304302
>This is actually disgusting because legitimate autists, not the meme kind, have trouble understanding social cues, so they're pretty easy to manipulate. Literally all this study shows is that people with autism are being targeted with propaganda they're defenseless against, to perform an act with irreversible consequences.
This right here.