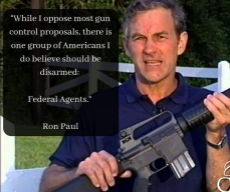 Anonymous
Thu, 14 Jan 2021 15:15:00 GMT
70b8720
?
No.298440
298443 298450 298458 298591
[Last 50 Posts] [Last 100 Posts] [Last 200 Posts]
Sup horsefuckers. I was here for the ANTIFA doxxing thread and I've come back for one reason. There is a rift that has formed in the collective. I have come to warn you there are two sides, the fake Anons that have decided to follow the faggot admin from 420chan claiming he is the leader of Anonymous, and the rest of us that know he's a fucking lying nigger faggot. I am here to warn you that if you step out of line on 420chan and challenge aubrey cottle he'll ban you first, if you evade that he'll send you a malicious redirect to like CP or other dumb shit. I am telling you right now that if these people wonder into this site, big if but it could happen. Don't follow this guy. He's a liar and a piece of shit. They are corporate bootlickers and sellouts, aubrey cottle has never hacked anything in his life and Enby used a fucking web scraper on parler. These people are fake don't get sucked in by them.
Continue being amazing horse fuckers, that's all I wanted to say.

They flipped out when this leak happened. It was hilarious.
Drybones always struck me as legit, I don't know what he's doing there.
Teridax was a known bad operator who somehow ended up modding all of the old 8chan's irc forums. Something sketchy happened there.
Thorendal, the Russian guy... no one has ever said anything about his presence, but I think it's suspicious to have a Russian there.
If anyone knows more about this secret club, I'd like to hear about it.

>>298554
> What about 8chan.moe?
Acid's one of the good guys. He talks enough that we know what he's like and what he stands for. He's been outed and doxxed so he know who he is. He's had several years to fuck up and hasn't.
Anonymous
Sat, 16 Jan 2021 01:07:37 GMT
746e993
?
No.298577
Ask Kirtaner about the time the police knocked down his door and almost blew his head off. Almost
Anonymous
Sat, 16 Jan 2021 08:06:33 GMT
59dd268
?
No.298591
>>298440
This is a little known problem, OP. In the past there have been collaborative issues between 420cucks and the so-called "Q", "QAnon", "Q Anon", or whatever the fuck you want to make of that traitorous bunch of bootlickers. 420channers, specifically the owner, management, mods/janitors, and the top numerical posters are the same idiots pushing for both >>>!!accelerationism!!<< while at the same time ghostposting their own (((le revolucion now muh huwhite freunds))) maymays. They are ONE symptom of the controlled opposition mafia, and yet at the same time 420cucks are becoming more w3bn33t, expanding their """outreach""" to more former channers in this """time of crisis""".

I can only speak for myself, but I joined this cabal because I hated gamergate for being a bunch of reddit fags that rejected /pol/'s help on how to deal with sjws. I never listened to game journalists, and I rather see them hang from a tree instead of reform them
Anonymous
Sun, 21 Feb 2021 20:33:47 GMT
958e0f6
?
No.301994
301997
>>301993
"/pol/'s help" would have gotten everyone vanned. It was a MI6/Saudi/Russian operation to identify and take out all of those evil white supremacists on the internet. They wanted people to go full/pol/ and start screaming about Jews so that they would have an excuse to arrest them. This literally went up to the Queen of England, President Obama, and the frickin' Pope.

> Everyone except the sjws (weeaboo, soulmech, iglvzx) have been suspended from twitter 50 times over by now

Funny how that is...
http://www.mideast-times.com/home_news.php?newsid=3847 Prince Alwaleed Meets Twitter Management in New York

How much info do you have on the real bad actors?
Anonymous
Sun, 21 Feb 2021 21:07:48 GMT
e45ce3a
?
No.301997
302087
>>301994
>"/pol/'s help" would have gotten everyone vanned. It was a MI6/Saudi/Russian operation to identify and take out all of those evil white supremacists on the internet. They wanted people to go full/pol/ and start screaming about Jews so that they would have an excuse to arrest them. This literally went up to the Queen of England, President Obama, and the frickin' Pope.

Probably, but the "ethics in journalism" bullshit was just a pathetic attempt at cutting off the top of the tumor instead of removing the roots at well. Journalists have been taught to be subversive pieces of shit, and nothing but their outright purge will be sufficient. They can't be "reformed", and the premise of Gamergate after reddit took over was just a massive waste of time to me

>How much info do you have on the real bad actors? 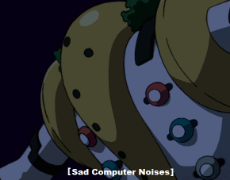 There might be a time when the only way to scrape by is wrongthink and thoughtcrime. The Internet is becoming more and more fucked, and it's only a matter of time before these degenerate fucks acclimate to the pony.
Anonymous
Mon, 22 Feb 2021 09:24:47 GMT
d28dee2
?
No.302087
>>298441
You mean a drug addict who constantly ebegs for funds to run his site might be sketchy? You don't say! Who knew drug addicts shouldn't be trusted?

>>298442
Google doesn't just track IP. There's user recognition going on behind the scenes outside of IP. If you go to youtube on a new browser using a VPN address you didn't use on youtube before it will still recommend you things in your interest pool.

>>298447
The webring has feds running parts of it. It's so easy to infiltrate and the userbase is radicalized and autistic to a fault. They're the people feds want to keep an eye on.

>>298451
Anonymous wasn't a hacker group. It was a huge mass of shit posters which a few random hackers used as cover to leak stuff. Thinking it was a group to begin with is evidence of you never being around during it's peak, only the later facebook kids pretending to be anonymous era.

>>298575
Bull fucking Shit. Acid cannot be trusted and is known to dox people he disagrees with. He did it during the gamergate days and he will do it now. He has links with the feds directly.

>>298597
Didn't acid pay the bills and Mark run it? Mark has his own autistic fanbase who follow him around while everyone else hates him. Right before 8ch died he got chummy with the feds and sang like a bird when they asked him why he was mentioned in a manifesto. He was a global mod on 8ch, being paid and having full access to everything short of admin controls. That only came out after it was shut down.