>A fire has broken out at the cathedral in the French city of Nantes.
>More than 60 firefighters are currently at the Saint-Pierre-et-Saint-Paul cathedral, according to local media. The cause of the fire is not yet known.
>Images from the scene show a substantial fire and smoke billowing from inside the gothic building.
>It comes only a year after the devastating fire at the cathedral of Notre-Dame in Paris, one of France's greatest architectural treasures. 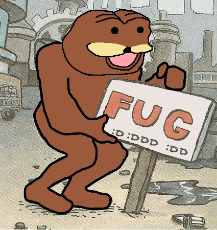 >Nothing’s Sacred: Satanic, Discordian Desecration of Christian Churches Worldwide Reaches Epidemic Proportions
>Vienna-based Observatory of Intolerance and Discrimination Against Christians in Europe says there has been a 25 percent increase in attacks on Catholic churches in 2019, compared with last year.
>The observatory’s executive director, Ellen Fantini, told Newsweek that while in many cases the motive for the attacks was not known, France is facing growing problems with anti-Christian violence, especially by anarchist and feminist groups.
>Discordians of late have ramped up church burnings as part of their war on civilization. At least two Catholic Churches (Queen of Peace Catholic Church in Ocala, FL and San Gabriel Mission in San Gabriel, CA) and a statue of the Virgin Mary in Boston have been set on fire.
>Anti-Catholic vandalism is a growing problem in Western countries. France’s central criminal intelligence service, SCRC, reported that there were approximately 875 acts of vandalism against Catholic churches alone in 2018. The Ministry of the Interior came to a similar conclusion.
>The ministry released a report in February 2019 that tallied the number of acts of degradation (or vandalism) against various religious establishments. It found that there were 1,063 anti-Christian acts in 2018 (approximately 700 of which related to property crimes and 100 of which related to violent acts).
https://www.winterwatch.net/2020/07/nothings-sacred-satanic-discordian-desecration-of-christian-churches-worldwide-reaches-epidemic-proportions/
Anonymous
Sat, 18 Jul 2020 10:45:03 GMT
0d907b3
?
No.276284
>Pierre Sennes, the public prosecutor of Nantes, mentioned the criminal track, three different fire starts, "one at the level of the great organ and two fire starts to the left and to the right of the nave". "This leads us to favor the criminal hypothesis, it is not the result of chance", added Pierre Sennes. He told Franceinfo that an investigation for "arson" had been opened.