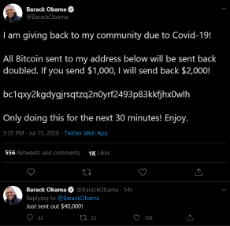 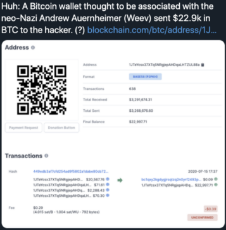 >DEVELOPING: Wide-scale Twitter Hack Compromises Politicians & Celebrities — Notorious Hacker ‘WEEV’ to Blame?
>Social media powerhouse Twitter has been hacked in a large-scale attempt to syphon the popular crypto-currency Bitcoin from the followers of prominent politicians, celebrities and influencers.
>While it is up for speculation, WEEV has been associated with numerous incidents of trolling in the form of hacking and while we have little evidence to suggest he might be behind the incident, the associated account’s donation would lead us to believe he is at the very least aware of the compromise.
https://theredelephants.com/developing-wide-scale-twitter-hack-compromises-politicians-celebrities-notorious-hacker-weev-to-blame/
https://twitter.com/morphonios/status/1283514099750625285
It's WEEV's fault. /s