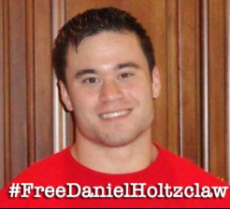 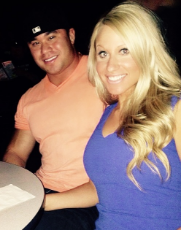 No witnesses, no hard evidence, victims that were caught lying, a victim claimed he was black, victim making claims that contradict GPS evidence; the poor guy was judged solely based on the number of fingers pointed at him.

full interview
https://youtu.be/rlrwAPWEUlg
a few things to note during the interview:
>Holtzclaw remains calm and cooperative
>Holtzclaw surrenders his uniform for testing
>Holtzclaw is wearing compression bottoms without a fly, under his uniform.
Most Important
>Detective Gregory gathers the evidence with his bare hands, contaminating the evidence outright.

>BLM protesters in his trial in 2015 asking for "fairness" a.k.a jail him immediately because he was a cop and 'victims' were black

Brian bates (video vigilante) podcast
https://backgroundreport.podbean.com/e/brian-bates/?fbclid=IwAR1_3VTv4wUi-DiX2P7N_4ms_cqQXdKHgG4Nt7MLjQOsh32Gc16j9twmpJ4
>followed both parents into law enforcement, become cop
>get assignment in OKC's worst area
>bunch of crack/heroine/pcp hoes say you forced them to give you sexual favors instead of arresting them
>media brutally crucifies you immediately
>BLM and other SJW activists protest the courthouse to intimidate the jury
>jury intimidation continues when multiple spectators and one 'victim' are escorted out of the proceedings for photographing the jury
>jury convicts on only half of the charges made up by Detectives Davis & Gregory and delivered by drug whores
>get sentenced to 263 years in prison on 29th birthday
>cry

Michelle Malkin researched Holtzclaw and is now one of his biggest champions.
http://michellemalkin.com
she has also uncovered a huge scandal associated with the OKC crime lab and it's looking really bad for the OKCPD.
>rape kits untested
>evidence being 'buried in a hole by the river'
>evidence omitted from reports

speaking of evidence, Forbes has an interesting article pertaining to the Holtzclaw trial.
https://www.forbes.com/sites/marinamedvin/2018/09/20/framed-by-your-own-cells-how-dna-evidence-imprisons-the-innocent/#1898eff44b86 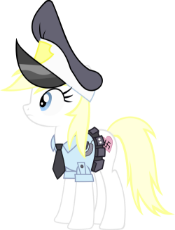 This man will not be the first man in law enforcement who this injustice happens to. nor was he the last. i vaguely remember hearing about this years ago but remembered no details. considering whats happening now this seems almost to be normal in any blue state. if you are a (half)white male police officer you are already with one foot in jail for just the wildest perceived slights or just about any accusations, real or imagined. Its 1984 made manifest in what is supposed to be one of the freest countires on earth. Disgraceful. 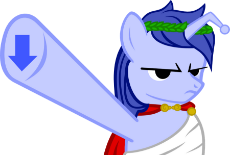 >>274468
>Half asian half white cop accused of dozens of rapes against drug addict black womyn, gets TWO HUNDRED AND SIXTY THREE YEARS IN JAIL.
>No witnesses, no hard evidence, victims that were caught lying, a victim claimed he was black, victim making claims that contradict GPS evidence; the poor guy was judged solely based on the number of fingers pointed at him.
To be fair, I don't give a shit.
Bots lie all the time to frame their victims and build their careers. They are the epitome of unjustice and corruption.
By job description, police is anti White and actively and eagerly cooperate with White's enemies.
If he was pushed under the bus was most likely because didn't join the freemasons to enjoy the usual protection from the brotherhood, or didn't climb high enough the ladder.
>gets TWO HUNDRED AND SIXTY THREE YEARS IN JAIL.
Let's see his career record and see how many thousands and thousands his victims accumulated.
This bot is lucky that the people is toothless and the noose is not longer allowed.
Anonymous
Mon, 06 Jul 2020 12:07:55 GMT
eef548a
?
No.274546
274559
File (hide): C549B5175537D3AD322E1D347FD10FF7-202785.png (198.0 KB, 894x894, hmm.png) 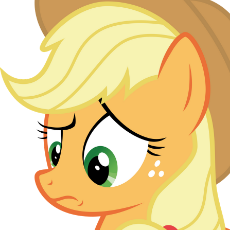 >>274482
Boy, I shure think convictin some'n to three consecutive lahftame sentences with nothin' but some real sketchy evidence and lyin' witnesses is a bad thing, even if, an' actually 'specially if, that person didn't join the freemasons or cover up crimes to get a back scratch down the line, yanno? I mean, it might jus' be me, but I thank that it's even more important than normal to make sure good people like that, people who are doin' the right thing, don't get fucked over by that there fancy ju-dishal system, raht? Victims? Ya' mean them crack whores, right? Or are y' talkin' about the murderers and pushers? I don't rightly think I'd want them sorts on the street, so I fig're every year that man put an animal behind bars should count in his favor, not against him... but that's jus' my 'pinion, you don't have to share it.
Anonymous
Mon, 06 Jul 2020 17:36:13 GMT
b7a1b0e
?
No.274559
274569
>>274546
Look it this way anon.
Police are out of citizen control and therefore is just a matter of time before turn on the regular people, actually police already is turning against the people following unconstitutional orders and abusing their power because they can.
So, I understand that empathy is hard to control and it is a flaw that most Whites have, but I also I understand that these "legal" thugs are a danger to be neutralized, not because they are unwanted, but because they work for our enemies and against us all around the world.
Anonymous
Mon, 06 Jul 2020 21:20:35 GMT
dba5e8f
?
No.274569
>>274559
Maybe police forces should be broken up and localized, yet held to an international code of standards.
Every town's police must obey and enforce the same rules, but they don't take orders from the government, they take orders from locally-elected politicians.
[Last 50 Posts] [Last 100 Posts] [Last 200 Posts]
5 replies |  5 files |  6 UUIDs |  Page 10
[Go to top] [Return] [Catalog] [Reload] [Archive] [Update] ( Auto)