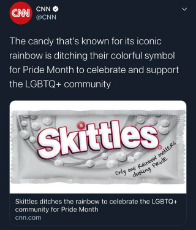 Case in point: white power skittles. Need I say more? This is begging to be memed. Also keep in mind that last I checked the casing of skittles has always been white, it's just usually painted over.

Anonymous
Sat, 23 May 2020 09:11:45 GMT
4d26fb9
?
No.269418
269435 269454
>>269413
>white power skittles
This is juvenile and won't get any traction.
>brainstorming
>undermine brands that sabotage customer value for politics.
Most brands are owned by the kikes, so to target one in particular is like to attack just one head of a hydra.
An effective campaign appeals the human lizard brain, for example to imprint the idea of a sinister threat coming from the corporations in the NPCs' minds. An example would be X industry is aligned with anti-American values and to associate that idea by piggybacking on the MSM propaganda of an Y hostile foreign country.
>They did this to themselves.
Not so, corporations have a captive market with multiple brands owned by a single corporation. 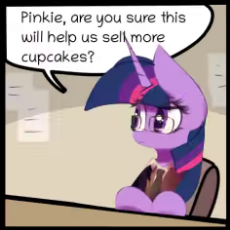 Check out this from /mlp/. It's gold. I love how even despite the "Stonetoss is a Nazi reee" types Stonetoss is actually getting generally positive reception on DB. He is definitely shaping up to be quite a memelord.
>>269431
This is why gamers tend to be the most vocal opponents of social justice (albeit by accident). By any measure they would normally be fairly liberal particularly as they tend to be a bit hedonistic. However, gaming was one of the first hobbies to have a community firmly grounded in the internet and so it's 1) picked up quite a bit of internet culture which is counterculture and 2) fairly well organized and able to communicate with itself. As such, although books, movies, music, and tv were jewed a lot earlier their fans were a lot more diffuse and the publishers/producers are elites sitting in New York or Los Angeles. Video game publishers are much easier to bring to account and gamers have memory of previous, actually good, games, plus the market is more accessible. Until we get dozens of E;R's who counter all woke BS in movies and cartoons (those who are vaguely similar to him, like EZ PZ or Mike from RedLetterMedia, get very appreciated so the demand is there), gaming remains a chink in the enemy's armor. Felix has become a figurehead of ours on Youtube and Asmongold is becoming something similar on Twitch. Also, look at how Twitch is killing itself from being beholden to e-thots to putting a deranged (even by their standards) tranny deer as a dystopian "Safety Council" member. This is shooting holes in the carefully constructive feminist and transgender narrative for younger generations–that particular group they are working hardest to mentally enslave.
Anonymous
Sat, 23 May 2020 17:42:23 GMT
bd1d21a
?
No.269442
>>269431
In that event, I think the classic "Its okay to be white" would get more traction
Anonymous
Sat, 23 May 2020 21:45:52 GMT
4d8b979
?
No.269454
File (hide): 8B11C83E0C44313E2B6D49EEA79C9D68-127987.jpg (125.0 KB, 1500x500, x0n3439fxx231.jpg) 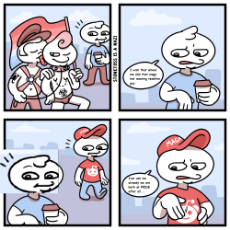 >>269413
What is even the message here? I saw this and I assumed it was one of our edits. How is getting rid of the rainbow colors showing support for LGBBQ? I don't even understand what they were trying to say. This seems like the kind of thing people will misinterpret as a white power message even if we don't do anything.

>>269418
>Most brands are owned by the kikes, so to target one in particular is like to attack just one head of a hydra.
This is more or less accurate, but I disagree that attacks on little things like this aren't effective. I get the impression the overwhelming majority of people, regardless of political affiliation, secretly think all the woke shit is silly and are tired of it. It's just that nobody wants to be the person who goes against the crowd. "Woke capitalism" is just being pushed by a handful of Karens whose jobs allow them to have a megaphone. Bosses assume that young people understand other young people, so they usually just put someone young in charge of branding and advertising and assume they know what they're talking about. The companies only care about making money, so they push whatever message they think the general public wants to hear. They mistakenly believe a handful of loud Karens and soycucks are representative of the general public view. Meanwhile, most regular people are secretly getting tired of having their candy and shaving razors constantly preaching to them about diversity, and just want to go back to the days when products were products. If you want something to break, you stress the weakest points, and the disconnect between regular Americans and the woke minority is a major weak point. The more we call attention to and mock this kind of silliness the more it aggravates the Karens and stresses the weak point, and the drama plays out in front of millions of regular people.

>>269436
>I love how even despite the "Stonetoss is a Nazi reee" types Stonetoss is actually getting generally positive reception on DB. He is definitely shaping up to be quite a memelord.
I was actually thinking about Stonetoss and the whole "left can't meme" meme the other day. Apparently there's a campaign on Reddit to edit Stonetoss comics to have leftist pro-tranny messages, sort of how we edit leftist tranny comics, and it's every bit at cringe as you'd expect (pics related).

Stonetoss has been successful because he does what the left used to do: find the parts of the official narrative that are obviously contradictory or ridiculous, poke fun at it with a short, zippy gag, and watch the other side harrumph indignantly about how offensive it was. People who don't necessarily agree with his politics can still appreciate that Stonetoss is a witty guy and he makes some incisive observations. Meanwhile, the left is responding by taking his comics and editing them into sanctimonious propaganda pieces with no punchlines. All it does is call attention to how much funnier the originals were by comparison. Conversely, when the right edits a tranny comic we do the opposite: take a piece of sanctimonious propaganda with no punchline and turn it into something actually funny.

So long as the left remains incapable of having a sense of humor about itself, it will never regain its ability to meme. 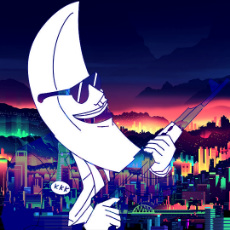 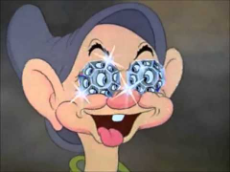 >>269413
No need to "counter" it. Embrace and amplify. Force Marxists to realize what useful idiots they are due to their cultural agenda.

>>269436
Great post, I would add that the fact video games came about in a Jewish world (unlike other forms of media) and thus have been hijacked so quickly, produced the kind of cultural whiplash you talk about. Proof of concept for accelerationism?