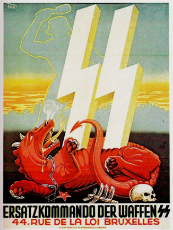 On the Jews and their Pets
Anonymous
Fri, 22 May 2020 12:13:24 GMT
b9e2ed6
?
No.269356
[Last 50 Posts] [Last 100 Posts] [Last 200 Posts]
Ever since the dawn of time the Oligarchy of the Corrupt Jews, in their time known as the Pharisees, dating back to events such as the crucifixion of Jesus, have always been behind the plots and powers designated to murder and assassinate the good, or good people of society, the Jews and their lap dogs, that is, the Uncle Tom Negros and Niggers, the Roastie Feminist Losers, the bugmen Chink, and any other soulless piece of garbage, has been at the hand of, and the pawn of the ever Satanic, Filthy, Diabolical, Unethical, Psychotic, Dirty, and evil Jewish elites.

The Jews throughout all of history have used the degenerates and barbarians to do their bidding so no-one ever truly knows who's behind the mask of evil and suffering in the world all throughout time, all empires, religions, nation states, and peoples. The Jews have subverted and raped all nations, their people, by finding useful pawns from all identities, including Women, Uncle Tom Negros, Faithful Capitalist Communist Bugmen Chinks, Self-Hating Indians and other misc. self-hating shitskins, that is, anyone and everyone the Greedy, Satanic, Diabolical, and Evil Jewish Elite wishes to exploit out of the cruelty and hatred that spouts from their hearts like a Fountain of Darkness from the depths of Hell.

Their race and people are forever banished and doomed to an eternity of boiling in the fires of Hell and suffering from the gnashing of teeth as it is foretold in prophecy, they are the ones destined to die and deserve God's almighty wrath and punishment when its carried out by fortune and the forces of Goodness and Gods Angelic authority. They are the Minions of Satan and dogs of dark satanic forces, controlled by dark satanic forces, this is the choice they have made in bowing down to the powers of darkness and materialism, all too easily provided by the Satanic Jewish Elite that are all too willing to keep their Nigger Pets and Psychotic Feminists on a leash. 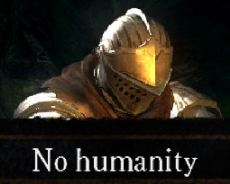 Okay, but do you have any news or knowledge of events related to their current doings that we can discuss? I'm all for a good old fashioned jew bashing thread, all I'm saying is that it's better if there's a point to it, or it's just intellectual masturbation that goes nowhere and accomplishes nothing. Hitler didn't just sit around complaining about jews all day, he sat down and hammered out Mein Kampf, he dissected their philosophy, their behaviour and their modus operandi for the time. It's easy enough to hate a jew, harder to put your mind to work on understanding them so that you can avoid their tricks and help others to do the same.
Anonymous
Fri, 22 May 2020 18:25:32 GMT
be3e58b
?
No.269365
>>269358
This. Also, rule 11 is a thing
[Last 50 Posts] [Last 100 Posts] [Last 200 Posts]
2 replies |  2 files |  3 UUIDs |  Page 4
[Go to top] [Return] [Catalog] [Reload] [Archive] [Update] ( Auto)