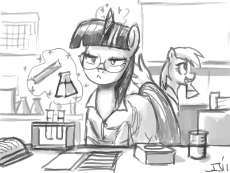 Biotech Revoltion
Anonymous
Thu, 10 Aug 2017 00:38:54 GMT
No.315
318 336 353 370 374
[Reply] [Last 50 Posts] [Last 100 Posts] [Last 200 Posts]
Biotechnology is advancing at a rapid pace and could soon usher in a new industrial and medical revolution. With promises of on demand organs, better treatments for disease and cancer, designer babies, cognitive enhancement, increased longevity, greener and safer industrial processes, more productive crops and many others biotech could completely change our society. How do you think technology like CRISPR, artificial wombs, electrical brain stimulation, organ printing, and other advances in biotechnology will effect society, /mlpol/?
50 replies and 26 files omitted.
Anonymous
Fri, 11 Aug 2017 02:28:08 GMT
No.366
367
>>365
It's about trade offs. Some problems are better to have than others. I would rather worry about obesity than starvation. I would rather worry about pollution from heating my home than freezing to death in the winter. Technological progress does cause problems, but it is usually worth it.

>>368
iirc it was a drug called soma, the perfect narcotic. Instant escapism and happy thoughts in pill form, it made alcohol obsolete. The free love and artificial reproduction came after that.

I'm not sure a real-life horse waifu would outweigh the consequences of having a society where people are made to order.
But if it's going to happen anyway, might as well have someone in your life who actually loves you and you can love in return.
I doubt natural reproduction will go away, people enjoy the natural high sex gives them too much. There's bound to be some babies who slip past contraceptives. And if these technologies do push us into another industrial revolution, most people will be too poor to afford designer babies anyway. (Not that they aren't already.)
Anonymous
Sat, 12 Aug 2017 19:55:51 GMT
No.372
File (hide): D22037AAFE89C6CB7F1B701541AA4A83-12258.jpg (12.0 KB, 326x261, hehe, yeah.jpg)
[Bing] [wait] [Tineye] [Yandex] 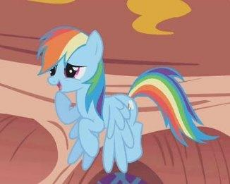 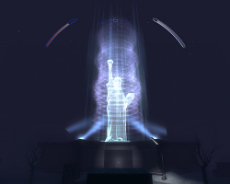 >>315
Technology and science is progressing so quickly that I can't even tell what will happen in a decade. Reality is going faster than science fiction and it amazes me and scares me at the same time.

It scares me because it goes against much of our preconceptions, for good or for worse. How much of our society behavior will be AI controlled in a couple of years and how much can it be altered just setting some variables. We always have had this control through the flow of information, and counter-culture often appeared when this information was interpreted in a different way: The Papacy controlled the way the Bible was interpreted until Martin Luther printed the Bible in local languages so everybody could read it, generating Protestantism; for example.

What scares me is that control based on the flow of information can be effectively be rendered obsolete these times, and using new technologies we can be reduced to an ant colony like behavior, with no possible way to get out.

In the right hands this technology can help us to achieve near perfect AI-assisted democracy and liberties through an AI that can gauge everybody's individual preferences (like the Helios ending in Deus Ex: Invisible War) or total control of the human race forever. The powers that be are going to do everything they can to assess that control.

However, in the former case, what would our goals be as humanity? What will human essence become, what hopes and dreams would push us forward? What will be left to us besides self-destruction?

I'm afraid in every scenario, both in one where the elites have absolute control, and the one where we become too advanced a society that we haven't any challenges left.

In any modern society, the working class constitutes most of the population. This is not a bad thing, but the natural consequence of economics.
Consider that these technologies will be prohibitively expensive, especially in their early stages.
Hence, barring a complete saturation of the market like we saw with computers, most people will not be able to afford brain upgrades or designer babies - and this is not likely to change, considering the current state of the healthcare and insurance industries.

Even assuming that these technologies work as intended, without any horrific drawbacks, the above would not change in the slightest. True, IQ is correlated to higher income, but this does not mean greater prosperity in the economic sense for two reasons:

1. If the working class does not benefit from these advances in technology, then we wouldn't be working with our current system, but one where the middle and upper classes push even further away from the current average.
2. Even if the working class benefits, then we're talking about raising a baseline. Income may be higher, but the change on effective income, i.e. purchasing power, would be negligible at best, harmful to those without upgrades at worst.

Local policy and the job market would require major changes if an increase in the standard of living across the board is desired, and the mentality of the non-working poor would need to be completely overhauled to encourage workforce participation. The technologies surrounding this process will likely not have any significant effect on the human psyche, or be enough to provide sufficient incentives on their own.

I don't advocate gommunism, but I sincerely hope that these technologies don't push us into the disparities seen in the 1870s-1920s. The middle and working classes need to have some influence against the elite, otherwise we will have solved none of the problems we see today.
Anonymous
Mon, 14 Aug 2017 05:14:30 GMT
No.377
378
>>376
I think the working class will benefit. Not all of these new technologies will be prohibitively expensive to produce. Even if pharmaceutical companies decide to jack up the price then someone else will find a way to provide the enhancements legally or not. You are absolutely right about this being bad for anyone who is not enhanced though, but natural humans won't be able to compete with machines anyways. At least we have a chance to compete with the upgrades.
Anonymous
Mon, 14 Aug 2017 11:59:06 GMT
No.378
380
>>376
>>377
I can't see why nationalised eugenics has not been mentioned.
Anonymous
Mon, 14 Aug 2017 16:53:15 GMT
No.379
422 429
Screencap my predictions. 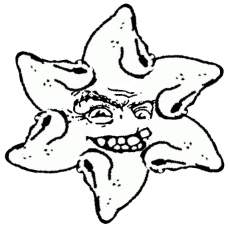 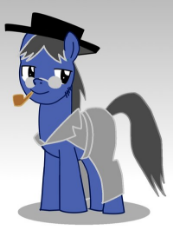 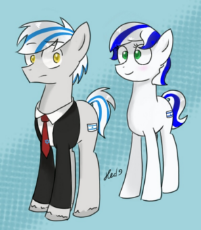 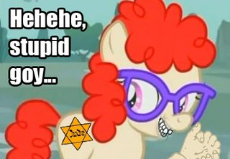